Erik Voorhees is the founder and CEO of ShapeShift, a secure and fast solution for cryptocurrency exchanges. Voorhees has long been a Bitcoin advocate and entrepreneur. Previously, he worked at BitInstant, Coinapult and SatoshiDICE, which was responsible for most of the world’s Bitcoin transactions in 2012 and 2013.

Each week, GOBankingRates sets out to discover what makes the people behind top companies tick. We like to call this series “Best in Business” — and Voorhees really is one of the best. He told us about the challenges of working with cryptocurrency, why he believes budding entrepreneurs need to sink before they swim and ways that you can find (or build) your own dream job, too. Below, find our favorite moments from the story of how Voorhees launched his business.

It All Started With an Epiphany

ShapeShift was definitely an epiphany moment. I realized there was a new way to do an exchange in which the customer wouldn’t have to leave funds on deposit —  crypto enables many new types of transactions to work. When I had started SatoshiDICE a couple [of] years earlier, it demonstrated how effective and safe a financial application can be when you aren’t holding onto customer money. This principle carried forward into ShapeShift. The epiphany was in February 2014, and we launched the following July after building the prototype.

To be honest, when we first started it wasn’t really a “company.” It was just a cool financial tool for crypto trading. Once it started gaining significant use and we realized we’d need dedicated engineers, support, marketing, etc., then we turned it into a formal company roughly nine months later. So there were no fears when starting it because there were few expectations.

Since the early days, the biggest challenge has always been regulation. Crypto exists often in a gray area, and just figuring out the nuances of the legal landscape — which has to be done internationally for any crypto company — costs an immense amount of money and time.

There was a period of time in 2017/2018 when we had achieved profitability. That is the ultimate measure of success, to produce more than you have consumed as an organization. We have fallen back below profitability, but have become a much stronger and healthier organization. Now, we’re working to rebuild toward that goal. I’ve become extremely proud of the team here and how adaptable and dynamic our little project has become. Long-term, I’ll consider ShapeShift a “success” when we’ve achieved profitability and at least a billion-dollar valuation for at least a year.

I’ve often lost interest in a project when things get hard or uncertain. I was determined not to do that this time. I’ve kept at it through all conditions, and this perseverance has been immensely rewarding on a personal level.

He Has This Advice for Aspiring Business Owners

Start it and run it into the ground with failure. Then start another, and fail that one. Then fail again and again. After quite a bit of this, you will have learned how to build a business.

Ideas are a dime a dozen, as the saying goes. What matters ultimately is execution more than anything, and execution is hard and complicated and ever-changing. 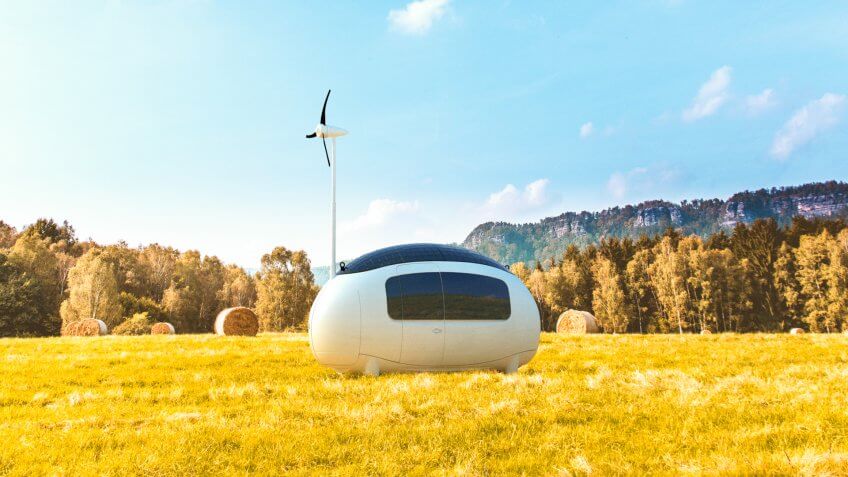 These Mind-Blowing Inventions Will Allow the Earth To Support 10

With more people, there needs to be more solutions.