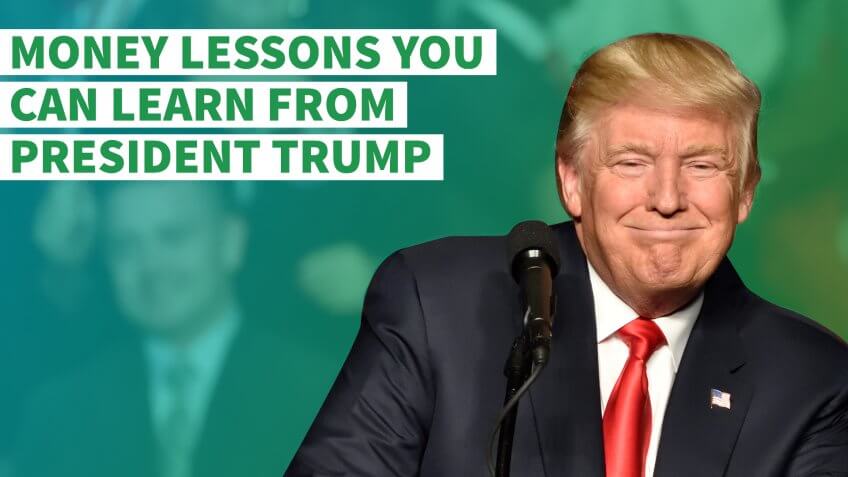 Before taking on the role of president, Donald Trump was a powerful businessman with an estimated net worth of $3.7 billion, according to Forbes. Becoming one of the richest people on the planet is an extraordinary feat, so he clearly knows a thing or two about money.

Throughout the years, Trump has shared his money insights in books, interviews and even on Twitter. Along with details on how he built his ever-expanding fortune, fans and followers have gained tips for building their own wealth. While you might never make enough to rival his net worth, you can still learn a thing or two from these Donald Trump quotes to make smarter financial decisions. 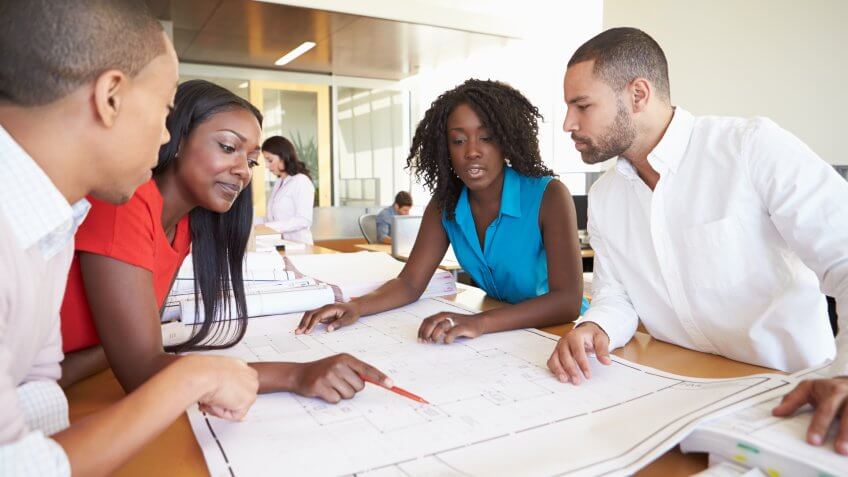 Trump excels at business because he enjoys it — not because he's focused on growing his fortune. If you want to increase your own wealth, follow Trump's advice and pursue a career you're truly passionate about rather than one that just pays the bills.

Don't Miss: Trump's Most Valuable Properties Across the U.S. 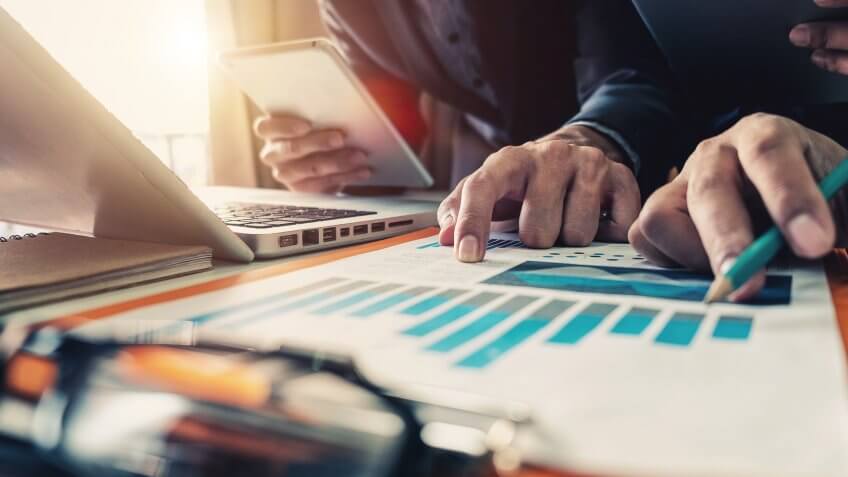 "In making big money, knowledge is far more important than any other ingredient, including money itself," Trump tweeted in 2013. This is one of the best Trump quotes about money because it serves as a reminder to keep tabs on your investments.

In the world of business, it's not uncommon for people to approach you with opportunities to invest your hard-earned funds. However, Trump advises against signing on the dotting line before you've researched a venture thoroughly. The more you know, the better equipped you will be to make the right move for your financial future. 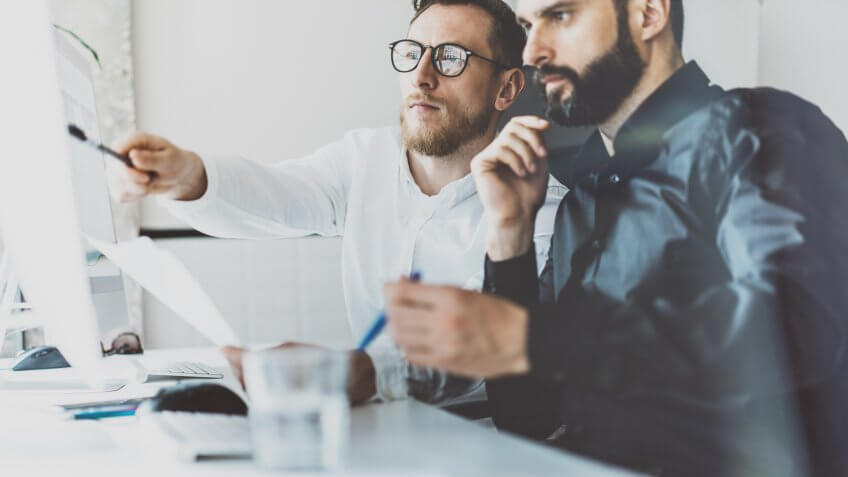 Don’t Get in Over Your Head

"How much money can you stand to lose? That's how much risk you should assume," Trump wrote in his book, "Trump: Think Like a Billionaire: Everything You Need to Know About Success, Real Estate and Life." "If you can't afford to lose it, play it safe."

When you're investing in a venture you're excited about, it's easy to get caught up in the moment and decide to go big or go home. However, Trump recommends keeping a cool head when it comes to business.

"You should never fall in love with your investments," he wrote. "If you do, you're in big trouble." 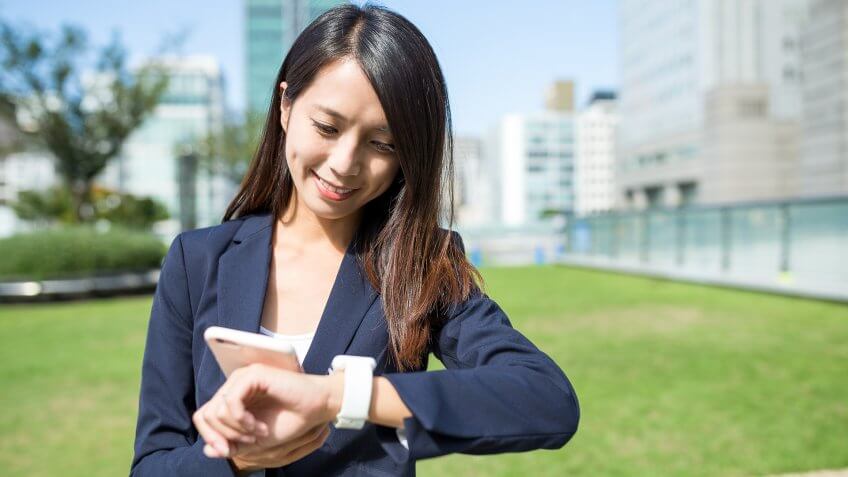 Remember That Your Time Is Valuable

"I dictate my tweets to my executive assistant and she posts them. 'Time is money' — 'The Art of the Deal,'" Trump tweeted in 2011.

According to Trump, wasted time leads to missed opportunities — and lost earnings. Apply this lesson to your own career by realizing you can't do it all. Define your priorities and learn to delegate certain tasks, so you can make the most of your time. 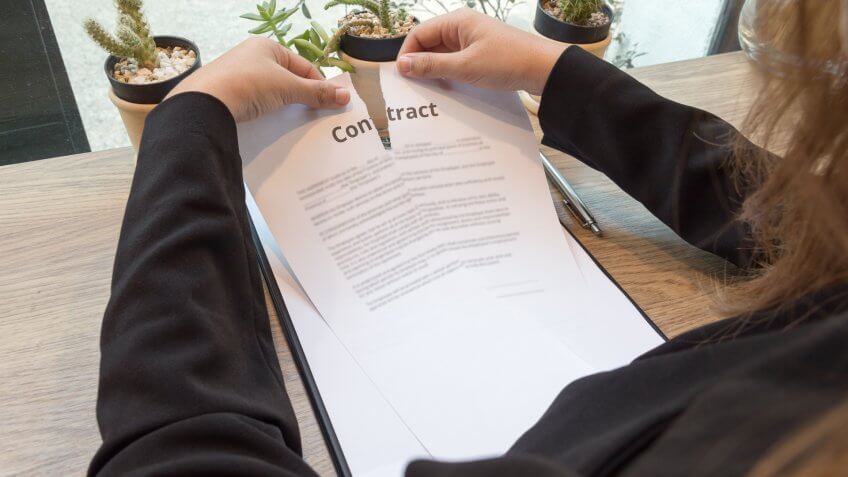 In "The Art of the Deal," Trump discusses a time when he set out to invest $50 million in a business venture to take over a small oil company. As the papers were being drawn up, he realized the deal didn't feel right. He decided to withdraw his offer, which turned out to be a wise choice — the company went bankrupt soon after.

"…listen to your gut, no matter how good something sounds on paper," he wrote. One of the best Trump quotes, this piece of advice reminds you that, if something doesn't feel right, it probably isn't.

Also in Politics: The Cost to Fortify Trump Towers for President Donald Trump 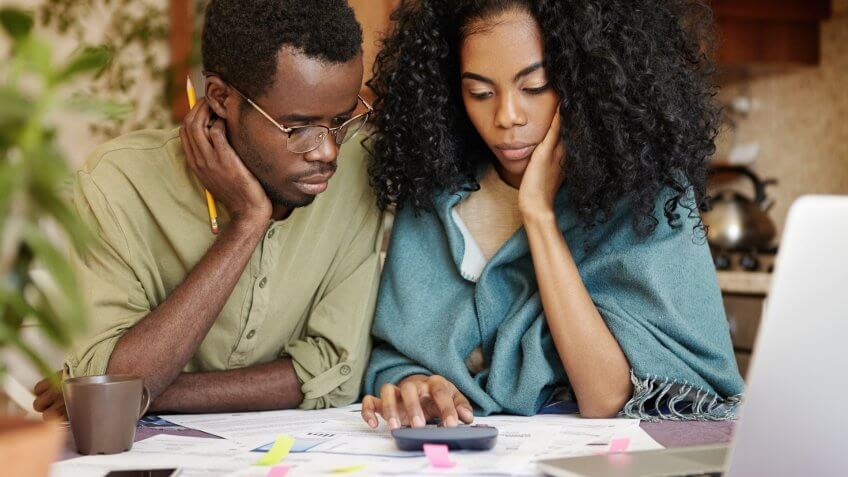 Stay on Top of Your Finances

"Don't be obsessive about it, but check through your bills from time to time," Trump wrote in his book "Trump: Think Like a Billionaire. "You should also always feel comfortable bargaining for goods and services. I do it all the time, and I'm one of the richest men on Earth."

Since it contains two valuable lessons, this is one of the most helpful Trump quotes. The first tip is to be vigilant with your finances, so you'll know if your bills don't add up. The second tip lets you know it's okay to ask for discounts. If Trump isn't embarrassed to do it, you shouldn't be either. 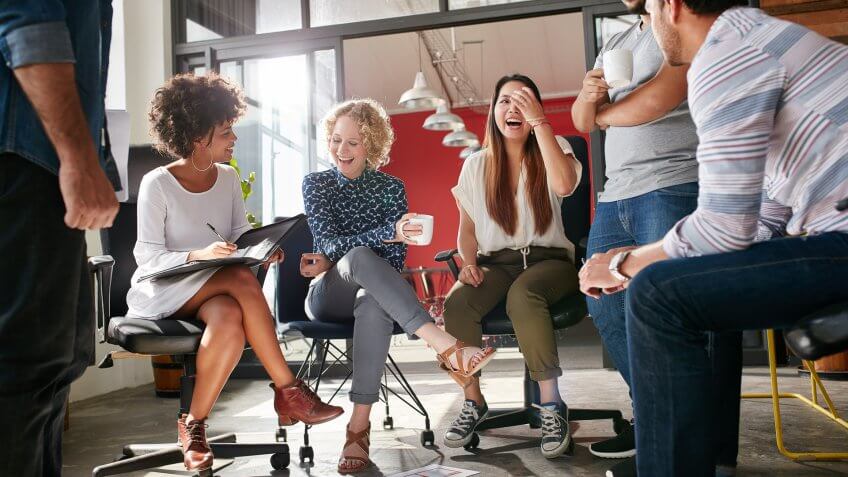 As one of the most successful entrepreneurs in the world, Trump knows a thing or two about building an empire — and it doesn't involve focusing solely on money.

"Entrepreneurs: Money is not always the bottom line: it can be a score card, not the final score," he tweeted in 2015.

For a business venture to be a success, your heart needs to be in it — and this can't happen if you're only interested in cashing in. Find a business endeavor that makes you feel good about yourself and like your efforts have meaning. 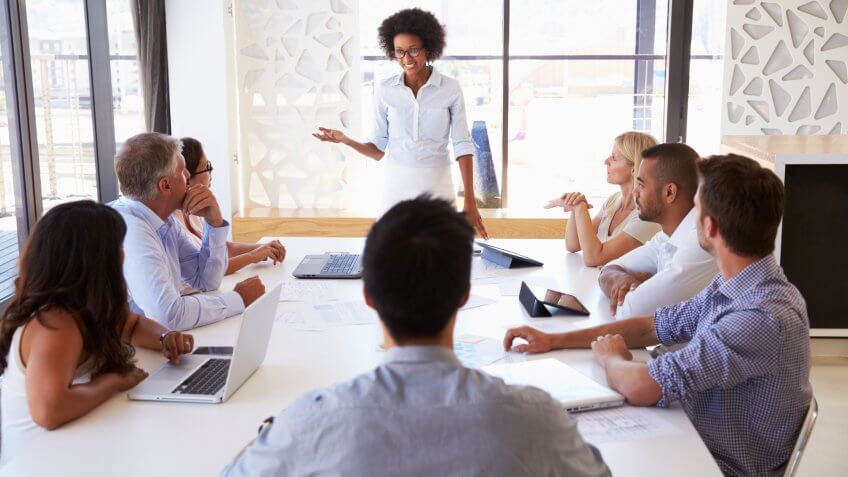 "Vision is my best asset," Trump said in a 1990 Playboy interview. "I know what sells, and I know what people want."

The interview is nearly 30 years ago, but its lesson holds true today. To succeed in business, you must plan ahead by keeping your audience in mind. Look to the future, identify a gap in the marketplace and find a way to fill it. 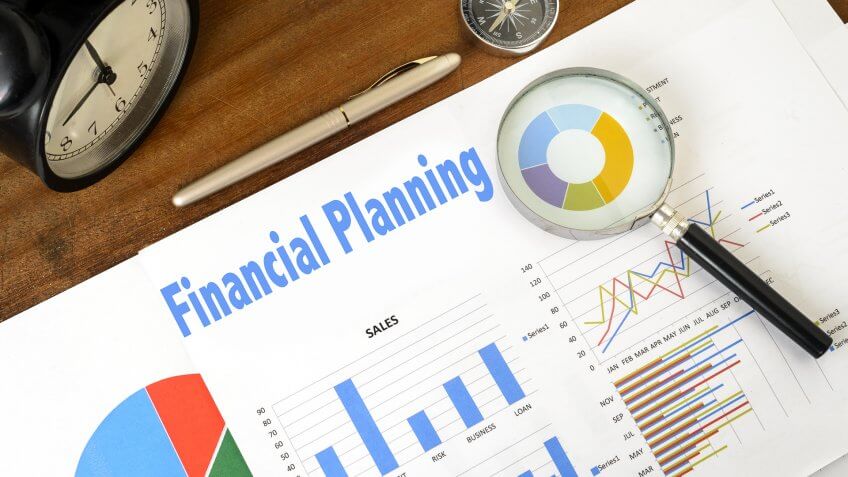 Plan for the Future

"Whether you have someone managing your finances or you're doing it yourself, money, like anything, takes maintenance & planning to grow," Trump tweeted in 2013.

Becoming a billionaire businessman doesn't happen by accident. This tweet is one of the most helpful Trump quotes because it focuses on what you should be doing now to enjoy financial security down the road. The business leader advises making a plan to grow your money now and revisiting it at regular intervals to make sure your returns are on course. 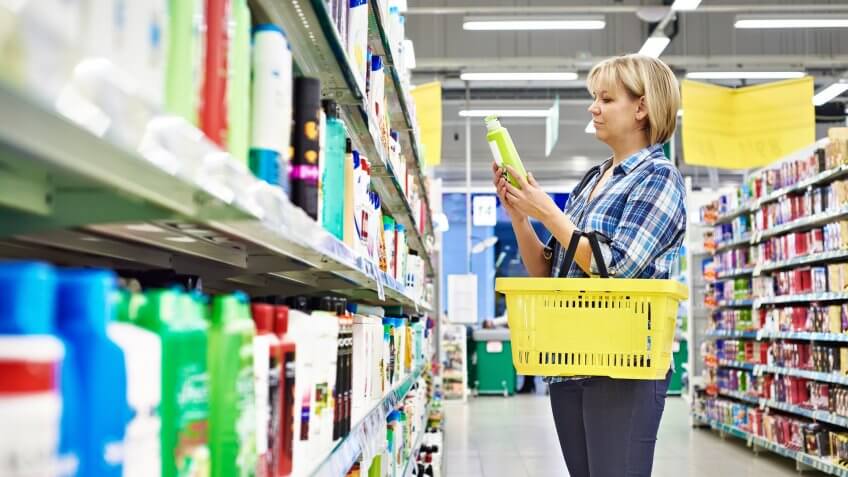 "Another way to pinch pennies is to avoid the brand names when it's necessary," he wrote in "Trump: Think Like a Billionaire." "I obviously buy brand names when the brand is tied to a product's quality. Golf equipment, jewelry and clothing are good examples of brand as a signifier of quality. But aspirin is aspirin, shampoo is shampoo and cereal is cereal, so don't throw away your money on packaging and advertising."

If a billionaire isn't stuck on labels, you shouldn't be either. One of the best Trump quotes on spending, this tip emphasizes the importance of getting the most from every dollar.

Up Next: Donald Trump's Most Valuable Business Ventures Revealed 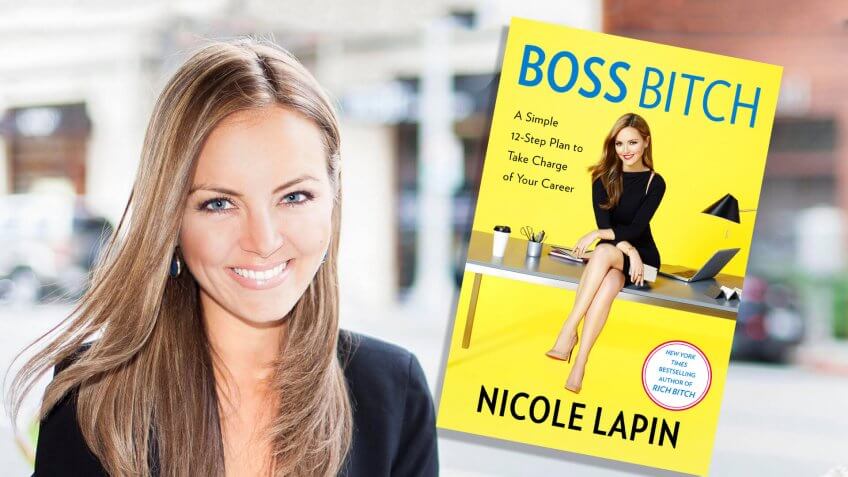