From False Arrests to Rising Costs, Hertz Under Scrutiny by Elizabeth Warren and Others 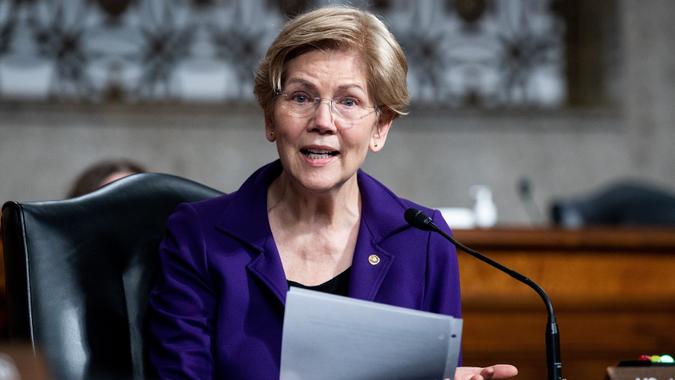 Senators Elizabeth Warren and Richard Blumenthal are asking for further scrutiny into Hertz following reports of the business inciting false arrests for thefts as well as pushing for rising prices and “oligopolistic power.”

Discover: 7 Financial Habits That Improve Your Daily Life
More: What Income Level Is Considered Middle Class in Your State?

A lawsuit against the post-bankruptcy and re-organized Hertz alleges years of “falsely reporting its customers for car theft, throwing them in jail on felony charges, prosecuting them, burdening them with criminal records that impact their livelihoods, and separating them from their family and loved ones,” according to the relevant filing.

Blumenthal sent a letter to Hertz CEO Stephen Scherr to express “serious alarm over reports suggesting that Hertz has, for years, wrongly reported customers to law enforcement for vehicle theft.”

“Each year, for the last four years, Hertz has filed more than 3,000 stolen vehicle reports with law enforcement. Many of those reports ultimately turned out to be inaccurate, resulting in false arrests of Hertz customers,” Blumenthal wrote. “Investigative reporting and court filings have both revealed that this is a practice staggering in magnitude and devastating in impact.”

Hertz, in a response to the senator’s comments, said in a statement to USA Today: “Hertz cares deeply about our customers and successfully provides rental vehicles for tens of millions of travelers each year. As it relates to the claims made against the company, we are committed to doing what is right by our customers, while also continuing to protect and defend against activities intended to cause harm to Hertz.”

As for Senator Warren, she tweeted: “Rental car companies are making massive profits by abusing their market share to raise prices, buying back billions in stock, and letting customer service go down the drain. I’m calling on the Biden admin to crack down on these practices.”

She also sent a letter to the Chair of the White House Competition Council, asking chairman Brian Deese to study the extent to which consolidation in the rental car industry has caused rising prices and diminished services for consumers.

See: Rental Car Costs Up 43% and 11 More Inflationary Increases You May Not Have Noticed Find: Could You Start Getting Monthly Stimulus Payments? Elizabeth Warren and More Prominent Dems Push Biden to Offer Regular Relief

“During the pandemic recovery, major rental car companies have gouged consumers and workers to rake in record profits. This behavior follows decades of consolidation in the industry that has given just three rental car companies – Hertz, Avis, and Enterprise – oligopolistic power to increase their profits at consumers’ expense and engage in harmful and fraudulent practices,” she wrote.