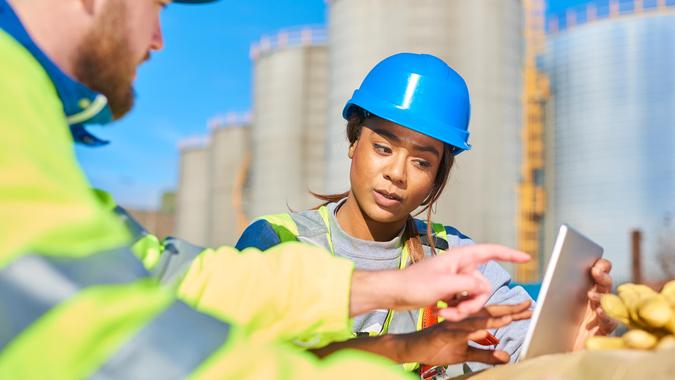 One way for companies to address the current labor shortage is to provide more training for jobs that others are leaving behind. The Home Depot is doing its part through a $5 million grant to expand its Path to Pro trades training program to more than 250 schools in over 30 states.

See: OK, Boomers — You’re to Blame for the Labor Market Shortage
Find: 94 Money-Making Skills You Can Learn in Less Than a Year

The program is overseen through a partnership between The Home Depot Foundation, the Home Builders Institute and Construction Ready, The Home Depot said in a Wednesday press release. It will expand Path to Pro training and certification opportunities for youth, high school students, military service members who are leaving the service, and underserved communities.

Four years ago, The Home Depot Foundation announced a $50 million commitment to train the next generation of skilled tradespeople, diversify the trades industry and address a growing labor shortage in the U.S. that has only gotten worse since the beginning of the COVID-19 pandemic. In four years, Path to Pro has already introduced more than 15,000 people to the skilled trades, The Home Depot said.

With the new funding, the HBI Pre-Apprenticeship Certificate Training curriculum will be offered to 11th and 12th grade students interested in exploring career opportunities in the construction trades. Last year the partnership financed programs in more than 30 Title 1 schools, where over 40% of the students live in low-income communities.

The Home Depot Foundation and HBI also will open a new academy program in Sacramento, California, to train hundreds of skilled workers in an effort to meet the needs of the city’s housing market. The community-based education program will provide training and certification for students of diverse age, gender, race and economic backgrounds.

See: How Much Is Home Depot Worth?

Construction Ready, a nonprofit, will assist by providing trades training programs to K-12 youth and underserved communities in Atlanta and the rest of Georgia through classroom and hands-on training courses.

“The Foundation is successfully extending opportunities to those who will support the country’s construction efforts and tracking toward its $50 million commitment,” Shannon Gerber, The Home Depot Foundation’s executive director, said in a press release. “This growth doesn’t happen without our industry-leading partners who help us serve underrepresented communities and diversify the talent pipeline to withstand the significant shortage of skilled tradespeople.”

As GOBankingRates previously reported, construction industry officials say the industry has more than 330,000 open positions it needs to fill. The lack of construction workers has contributed to a shortage of available homes, pushing home price growth to record levels over the past year.