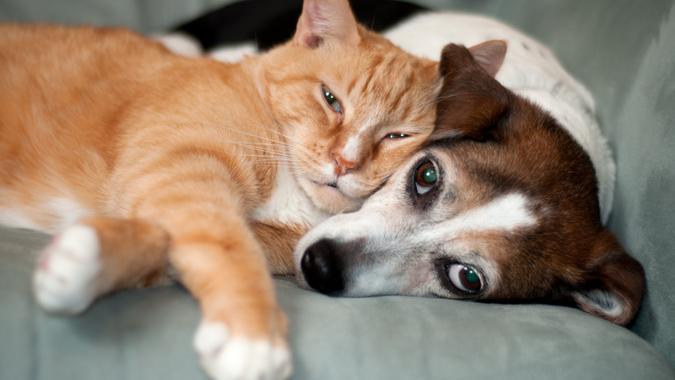 Fido and Fluffy have been very, very good for General Mills. The Minnesota-based food giant’s pet food division has helped push overall sales higher amid a rise in the overall pet population during COVID-19, and played a part in the company raising its full-year outlook.

An increase in so-called “pandemic pets” — which many Americans invited into their homes to keep them company during lockdowns and remote work — has led to a similar increase in demand for pet food and supplies.

In a Wednesday press release accompanying its fiscal third-quarter earnings release, General Mills said that an “increase in the pet population and further humanization and premiumization of pet food during the pandemic are expected to create tailwinds for the pet food category.”

The company’s pet segment logged third-quarter sales of $568 million, up 30% from the previous year. That gain outperformed all other segments. Overall sales were flat as a 23% year-over-year decline in international sales weighed.

Thanks in part to General Mills’ strong pet division sales, the company raised its full-year sales outlook, the Wall Street Journal reported. The company said it now expects organic net sales to rise by 5% for all of fiscal 2022, up from its previous guidance of 4% to 5% increase.

See: The Rise of Post-Pandemic Pet Sitting — and How To Make Money Doing It
Find: Get a Pet During the Pandemic? Here’s How To Save on Supplies for Your New Furry Friend

As GOBankingRates previously reported, the early months of the pandemic led to a sharp rise in the number of new pets in U.S. households. From March 2020 to January 2021 alone nearly half (49%) of Americans said they got a new dog during the pandemic.