The recent recession certainly didn’t produce many winners and definitely left millions, probably even billions, of people feeling like they were on the losing end. Still, those that came out on top are sitting pretty now as the rest of us are just trying to get back on our feet.

The world fell apart for most people less than two years ago, but for some–whether they were just there at the right place at the right time, or had the foresight to make the right investments during the downturn–the recession might have been the best thing to ever happen to them.

Now that isn’t to say they preyed on the misfortune of the masses. No one could have controlled what happened to the economy; it was a systematic failure. Some people just took advantage of the end result.

What Happened To All the Money?

While many people like to compare investing money to gambling, the two aren’t the same. While gambling is a zero-sum game–meaning that for every winner, there is an equal loser–investing is not. The basic principle in investing isn’t based on how many dollars were used to buy or sell something, it’s that value it is either created or diminished. There are no set prices when it comes to investing, it’s only worth as much as someone is willing to pay for it.

During the recession, investments like real estate, stocks, oil, bonds, etc., became insanely expensive. People were willing to overpay because they thought the value would only go up. This created inflated values for those investments, or a “bubble.”

Then no one wanted to pay for those things anymore and the values fell hard. Did anyone hear that Pop? That money so many people lost is gone forever because, in a way, it didn’t really ever exist.

So while there are plenty of losers from the recession, there are actually far fewer winners.

The Guys Who Came Out On Top

While the following six people probably benefited the most during the market downturn, they aren’t alone. They represent certain groups that were able to capitalize when things were looking their bleakest.

Make Your Money Work for You
While these six people (or five plus the Waltons) weren’t the only ones that did what they did to benefit from the recession, they were the ones that did it the best. Now, not every winner has to be a multi-billionaire or TV personality or even an economic professor. Many prudent people were smart enough to save money, not buy houses they couldn’t afford and invest smart in retirement.

Sure, maybe they took a hit during the recession, but they’re still standing, still working and still saving. That’s a winner in my book.

Anyone else you want to see on the list? Did you manage to benefit from the market’s downturn? Tell us in the comments! 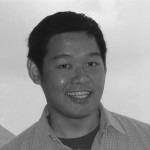 Henry Truc is an experienced business writer and personal finance enthusiast whose work has appeared on a number of major finance sites like Yahoo! Finance and Nasdaq.com. > Money > Economy > 6 People Who Benefited From the Recession