Are the Olympics Worth It Financially for Host Cities? 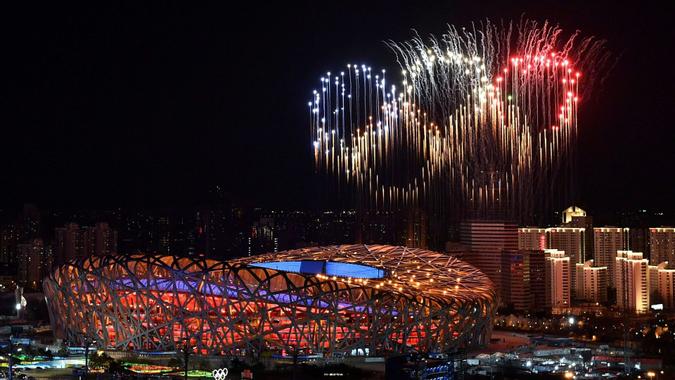 When the Olympics come to town, the host city becomes the world’s rock star metropolis. The Olympics bring tourists from far and wide, the spotlight of the global media, and the pride and prestige that comes with being home base for the grandest athletic competition on Earth. When a city pulls off an event of that magnitude before the watching world, it’s validated as a major player on the global stage.

But prestige and national pride can’t be measured in dollars and cents. Financially speaking, does it make sense for a city to host the Olympics?

The truth is: There’s just no money in it.

Related: Have Any Past Olympics Made a Profit?
Also Find: The Cost of the Olympics in the Year You Were Born

According to the International Olympic Committee (IOC), “The most recent editions of the Olympic Games and Olympic Winter Games have all either broken even or made a profit.”

The spirit of that quote sets the tone for the economic impact reports that hosting committees prepare for public officials to present to the masses as they sell the idea of submitting a bid to the IOC.

Those reports use numbers and data to promote the idea that:

Learn More: Where Does Olympic Funding Come From?

There’s a large body of convincing research from organizations such as the Council on Foreign Relations (CFR) and the Journal of Economic Perspectives that shows the IOC’s tendency to use dubious methodology to generate rosy arithmetic that’s designed to sell the Games.

Most notably, there’s a lot of evidence that:

That last one is common with Olympic facilities, which are often purpose-built for obscure sports. What do you do with a bobsled track once all the bobsledders have gone home?

Also See: How Does Winning a Gold Medal Impact an Olympian’s Earnings?

There are three immutable facts that never make it into the IOC’s literature, all of which have been well documented and never refuted:

Hosting the Olympics is a Privilege You Pay For

Whether the IOC overstates the revenue potential or not is almost immaterial. That’s because no amount of revenue could possibly measure up to the impossibly high costs of hosting the modern Olympics.

In the post-9/11 era, the costs of security alone keep most nations from casting a bid. Combined with the massive new health and sanitation costs associated with the pandemic, hosting the Olympics in the 21st century is not something that makes financial sense — but that’s not to say it isn’t worth it.

There are intangible benefits such as civic and national pride, long-term marketing potential and public exposure, but no reasonable public officials could possibly argue that there’s a way to turn a profit when the price tag is so high.

Currently, Beijing is bragging about hosting an Olympics that will go down as one of the cheapest on record, with a price tag of $3.9 billion. Considering Tokyo spent $13.6 billion and Sochi, Russia, spent $50 billion, that would be a well-earned brag — if it were true.

According to Business Insider’s calculations, it’s more like $38.5 billion — nearly 10 times the official budget. The bullet train that China built to connect its far-flung Olympic sites cost $9.2 billion — and you know it’s an expensive party if the host forgets to add the bullet train to the final bill.