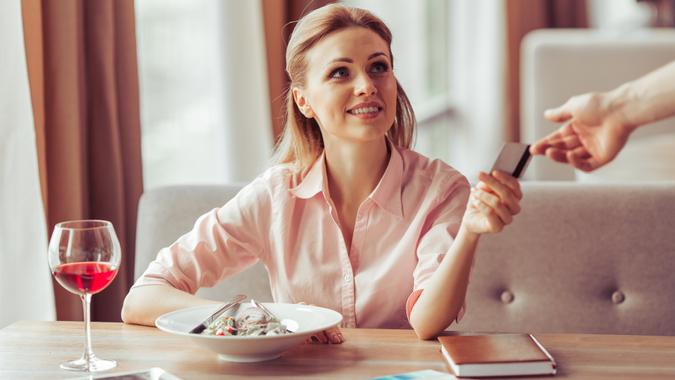 In June, consumer confidence spiked to its highest point in nearly a year and half as household employment grew amid a reopening economy, according to The Conference Board.

Modern Money Etiquette: Do You Have To Tell Your Partner About All Your Purchases?
Economy Explained: What Is the Consumer Confidence Index and How Does It Affect Me?

“Consumer confidence increased in June and is currently at its highest level since the onset of the pandemic’s first surge in March 2020,” said Lynn Franco, Senior Director of Economic Indicators at The Conference Board. “Consumers’ assessment of current conditions improved again, suggesting economic growth has strengthened further in Q2.”

Franco also claimed that while short-term inflation expectations increased, it had little impact on consumer confidence or consumers’ purchasing intentions. “In fact, the proportion of consumers planning to purchase homes, automobiles and major appliances all rose — a sign that consumer spending will continue to support economic growth in the short-term. Vacation intentions also rose, reflecting a continued increase in spending on services,” she explained.

Discover: How Solo Travelers, Couples and Families Can Plan a Trip on Any Budget

The Index stood at 127.3 in June, up from 120.0 in May. However, inflation worries are now on the rise — consumer sentiment fell sharply in early July to the lowest level in five months, according to the University of Michigan’s preliminary consumer sentiment index.

“Consumers’ complaints about rising prices on homes, vehicles and household durables has reached an all-time record,” Richard Curtin, the survey director, said in a statement, reports Reuters. While consumer prices have experienced the largest gain in 13 years, June was likely the peak for inflation, according to a separate report by Reuters. Inflation is estimated to remain elevated through part of 2022 as prices for travel-related services are still below pre-pandemic levels.