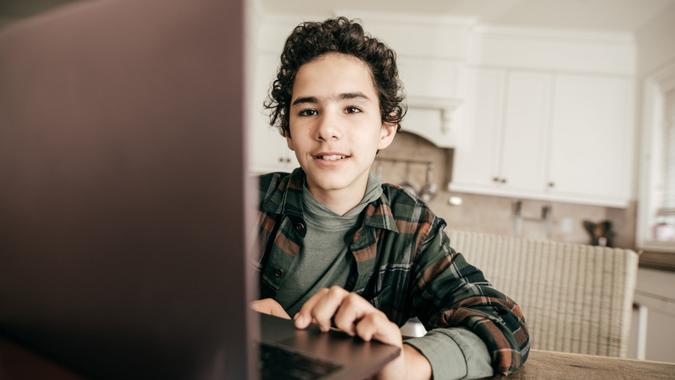 Teenagers are suddenly a hot commodity in the U.S. labor market this summer, as employers scramble to fill jobs in a market where numerous industries face severe worker shortages.

See: Teens Can Expect Plenty of Job Opportunities This Summer, and Wages Are Up
Find: Should Teens Save for College or Retirement? Take Our Poll

Nearly six million Americans between the ages of 16 and 19 are leveraging a shortage of adult workers to find jobs this summer, the Financial Times reported on Sunday, citing data from Gusto, a payroll and employee benefits platform. Teens accounted for 36% of recent hires in June, the Gusto data found. That’s well up from a median of 10% during the same period from 2017 to 2019.

These are indeed boom times for teenage workers. In fact, fewer are out of work this summer than at any time over the previous six decades. And they’re not just grabbing up the usual minimum-wage jobs, either.

The Financial Times pointed to Layne’s Hen Fingers, a Texas-based fast-food chain. In the past, the chain would look for candidates with seven to 10 years of experience when hiring general managers for its restaurants. But this year, one of the workers promoted to the GM position was 19-year-old Jason Cabrera — at an annual salary of $50,000 plus bonuses.

See: How to Make Money as a Teen in 2021 — 22 Best Gigs
Find: Are There Too Many Workers or Too Many Jobs? It Depends Which State You Call Home

The Gusto survey found that wages paid to teens rose 13% over the past couple of months. This is mainly due to additional bargaining power in a labor market that continues to reel from the effects of the COVID-19 pandemic.

As CNN reported last week, many workers have left front-line jobs in certain industries for positions where they are less exposed to the coronavirus, won’t be affected by potential lockdowns or expect to find a better work-life balance. A record four million American workers quit their jobs in April alone, including 649,000 retail workers.

See: Industries With Worker Shortages Despite Wage Hikes — You May Have Trouble Finding a Mover or a Veterinarian
Find: Labor Shortage Has Restaurant Owners Unable to Pay Rent, New Survey Says

Employers in the hospitality industry have been hit especially hard, prompting them to boost wages to attract more people — many of them teenagers. Among the restaurant companies that have hiked their pay are McDonald’s, Chipotle Mexican Grill and Darden Restaurants, which owns the Olive Garden chain.

“Teens are the name of the game in hiring, and they have been able to dictate the terms of their employment,” Gusto economist Luke Pardue told the FT.