A (Short) History of Consumer Sentiment and Inflation 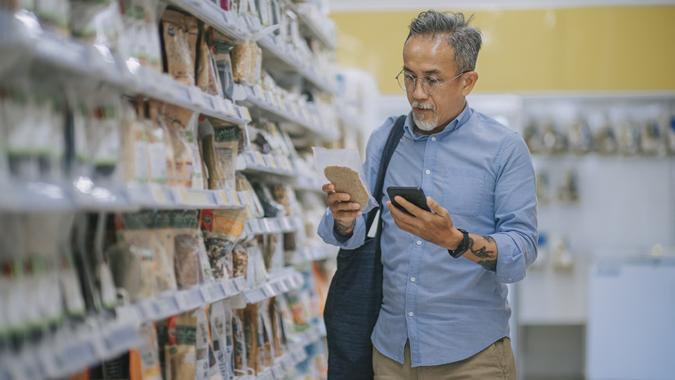 Consumer sentiment is simply a gauge of how confident Americans feel about their finances. That may seem to be a meaningless, nebulous statistic, but as consumer spending is the driving force behind the American economy, it’s actually quite important.

Think about your own personal finances. Do you tend to spend more when you feel secure about your job, your investments are earning a lot and you just got a raise at work? The answer is most likely “yes.” Similarly, you probably tend to cut expenses if you recently lost your job or the stock market is tanking. Generally speaking, this is the way that American consumers tend to act, and that is why measuring sentiment is so important.

But how is consumer sentiment affected by inflation? Read on to learn about the interplay between these two big economic statistics.

Consumer sentiment in the U.S. is primarily measured by two indices, the Michigan Consumer Sentiment Index and the Consumer Confidence Index. These indices were created in the 1940s and 1960s, respectively, but they have been refined over the years. Generally speaking, consumer sentiment rises during periods of economic growth and falls during recessions or other economic shocks.

For example, the Michigan Consumer Sentiment Index grew fairly consistently from 2009 through 2019. The actual data points of sentiment rose and fell in a chart that looks similar to how the stock market moves, never moving in a straight line but consistently rising on a trendline basis.

This all came to a crashing halt, however, in 2020 when the coronavirus pandemic hit. As world economies collapsed and stay-at-home orders were the norm, consumer sentiment plummeted, getting cut in half in early 2020. The typical trendline resumed after the crash, with consumer sentiment rising steadily into 2021, but that’s when another economic shock reared its ugly head — inflation.

How Does Inflation Affect It?

Since then, inflation has only rocketed higher, hitting an astonishing 9.1% by June 2022, the highest readings in over 40 years. Meanwhile, consumer sentiment cratered, to the lowest reading in 13 years and among the lowest on record.

What the Correlation of Consumer Sentiment and Inflation Tells Us

Statistics are notorious for being manipulated to support various claims, and there is no direct causal relationship between consumer sentiment and inflation. However, that’s not to say that there isn’t a strong inverse correlation between the two.

This makes sense if you think of real-world scenarios. When prices are rising and it seems as if a recession might be imminent, consumers tend to be more skittish about spending and investing, as job losses and/or a falling stock market could result in lower incomes going forward.

Similarly, when inflation is falling, interest rates tend to fall as well, leading to economic expansion and a higher level of economic certainty. This is a recipe for increased consumer spending and sentiment.

Consumer sentiment is an important reading for economists and policy makers in terms of estimating the strength of the economy. When inflation rises, it tends to hurt consumer sentiment, which is one of the many reasons why the Fed and the U.S. government try to keep it under control.

While there is not a 1:1 correlation between rising inflation and shrinking consumer sentiment, you can be sure that they go hand in hand.