Fed Chair Powell Testifies Before Congress: ‘Economy Will Depend on the Course of the Virus’ 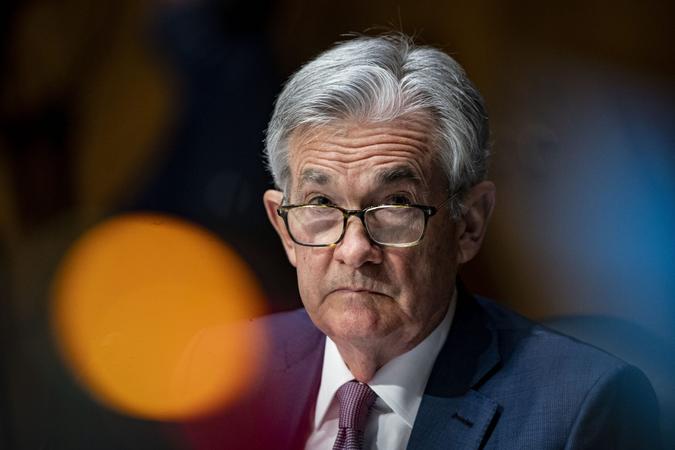 Federal Reserve Chairman Jerome Powell is submitting the Fed’s semiannual Monetary Policy Report before the Senate Banking Committee this morning, and he reiterated that the economy will continue to depend on the course of the virus and the measures undertaken to control its spread, according to his opening remarks.

See: Biden Administration Kicks Off With 62% Approval for His Handling of the Economy
Find: 25 Experts’ Predictions on When We Will Bounce Back from COVID-19

“The resurgence in COVID-19 cases, hospitalizations and deaths in recent months is causing great hardship for millions of Americans and is weighing on economic activity and job creation,” Powell said. He added that while there was a sharp rebound in economic activity last summer, momentum slowed substantially, with the weakness concentrated in the sectors most adversely affected by the resurgence of the virus.

“In recent weeks, the number of new cases and hospitalizations has been falling, and ongoing vaccinations offer hope for a return to more normal conditions later this year. However, the economic recovery remains uneven and far from complete, and the path ahead is highly uncertain,” he added.

Asked by Sherrod Brown, chairman of the Banking Committee, what is the single best policy for the economy, Powell responded, to “get people vaccinated.” Later in the testimony, Powell said that once the country gets the pandemic under control, the U.S. economy will be able to re-open in the second half of the year. “But the job’s not done. We’ve got to finish the job,” he said.

See: Worst Periods for the American Economy Since 1900
Find: Bank of America – The US Will Bounce Back Faster Than It Did in the 2008 Financial Crisis

He added that the housing sector has more than fully recovered from the downturn, while business investment and manufacturing production have also picked up. “The overall recovery in economic activity since last spring is due in part to unprecedented fiscal and monetary actions, which have provided essential support to many households, businesses and communities,” he said.

As for the labor market, its improvement has slowed. Since the last three months ending in January, employment rose at an average monthly rate of only 29,000. “Continued progress in many industries has been tempered by significant losses in industries such as leisure and hospitality, where the resurgence in the virus and increased social distancing have weighed further on activity. The unemployment rate remained elevated at 6.3% in January, and participation in the labor market is notably below pre-pandemic levels.”

Powell also noted that the economic downturn has not fallen equally on all Americans. “In particular, the high level of joblessness has been especially severe for lower-wage workers and for African Americans, Hispanics and other minority groups. The economic dislocation has upended many lives and created great uncertainty about the future,” he said.

Powell also stated that while challenges remain, developments point to an improved outlook for later this year, thanks in large part to progress with vaccinations.

See: Biden Increases CDC Funding for Fight Against COVID
Find: Experts Predict What the Economy Will Look Like at the End of 2021

As for the monetary policy, he said the Fed has not changed its 2% longer-run inflation goal.

Changes the Fed made include its employment goal, as it emphasized that maximum employment is a broad and inclusive goal. “This change reflects our appreciation for the benefits of a strong labor market, particularly for low- and moderate-income communities,” he said.

See: Economy, Labor Market to Improve ‘Rapidly’ in 2021, According to Congressional Budget Office
Find: Economy Explained: Understanding Interest Rates – How They Affect You and the US Market

“We will not tighten monetary policy solely in response to a strong labor market. Regarding our price-stability goal, we state that we will seek to achieve inflation that averages 2% over time,” he said. “Well-anchored inflation expectations enhance our ability to meet both our employment and inflation goals, particularly in the current low interest rate environment in which our main policy tool is likely to be more frequently constrained by the lower bound.”

Regarding interest rates, Powell said that the Fed expects that it will maintain the current accommodative target range of the federal funds rate “until labor market conditions have reached levels consistent with the Committee’s assessments of maximum employment, and inflation has risen to 2% and is on track to moderately exceed 2% for some time.”

See: The Fed – Interest Rates Will Remain ‘Near Zero,’ Says Fighting COVID Is Huge Priority
Find: Economy Explained – What Is Inflation and What Does It Mean When It Goes Up or Down?

In addition, Powell noted that the Fed will continue to increase its holdings of Treasury securities and agency mortgage-backed securities “until substantial further progress has been made toward our goals.”

“These purchases, and the associated increase in the Federal Reserve’s balance sheet, have materially eased financial conditions and are providing substantial support to the economy,” he said. “The economy is a long way from our employment and inflation goals, and it is likely to take some time for substantial further progress to be achieved. We will continue to clearly communicate our assessment of progress toward our goals well in advance of any change in the pace of purchases.”

Various senators asked Powell what his views are regarding Biden’s American Rescue Plan and what should or shouldn’t be included, but Powell declined to answer.