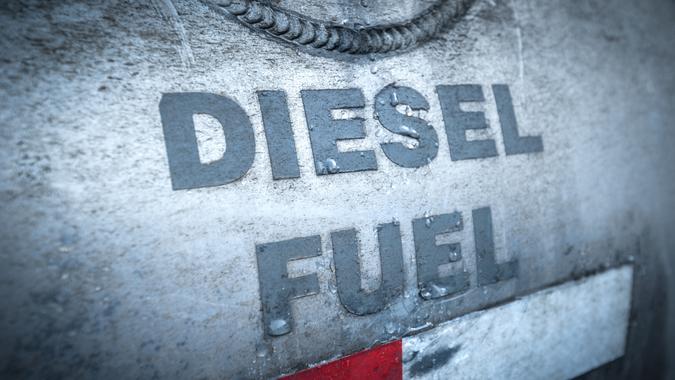 In an effort to alleviate the diesel fuel shortage brought on by declining inventories and increased demand in the northeastern part of the country, the U.S. government is considering drawing upon the Northeast Home Heating Oil Reserve (NEHHOR) to relieve short-term supply shortages.

See: Record High Gas Prices Will Not Keep Americans From Taking Road Trips This Summer, GasBuddy Survey Says
Find: Could Gas Prices in Your State Reach $6? One Analyst Thinks So

Originally reported by CNN, an unnamed senior White House official claims that the Biden Administration is exploring the possibility of an emergency declaration to authorize the president to pull oil reserves from the emergency stockpile at the NEHHOR.

Supply for petroleum significantly falls behind demand in the Northeast region of the U.S., per the Energy Information Administration (EIA), and refinery capacities have declined since an explosion forced the closure of the Philadelphia Energy Solutions facility in 2019. The war in Ukraine and subsequent sanctions against Russia have exacerbated production and transportation deficiencies and has helped prices to soar to unprecedented levels.

According to AAA, the May 18 average price of $5.577 for diesel was the highest recorded price ever in the U.S. and is 75% higher than a year ago. Today’s average price of regular unleaded gasoline is $4.598, another record high.

The Northeast Home Heating Oil Reserve was originally established by former President Bill Clinton in 2000 to stockpile two million barrels of distillate heating oil in the case of severe weather supply disruptions, per the Department of Energy’s Office of Fossil Energy and Carbon Management.

The reserve was converted into the current one million barrel, ultra-low sulfur distillate reservoir in 2011. It has only been opened once before, to provide emergency relief during Superstorm Sandy in 2012.

Analysts claim that tapping the NEHHOR of diesel is a stop-gap move but will not solve the diesel crunch.

“It’s small potatoes, Andy Lipow, president of Lipow Oil Associates, told CNN. “It might buy a couple of weeks or even months, but it doesn’t solve the underlying issues.”