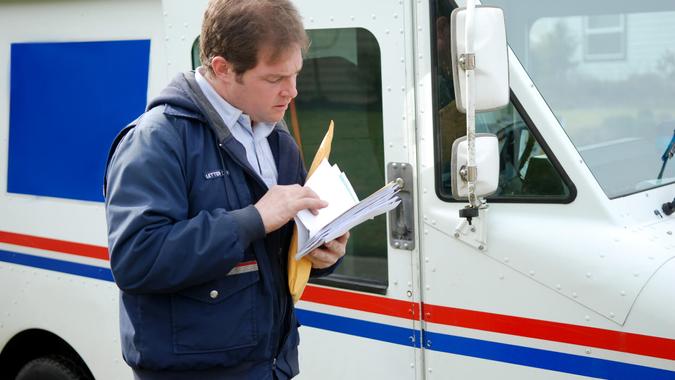 With the debt ceiling deadline looming — Treasury Secretary Janet Yellen said yesterday that Treasury is “likely to exhaust its extraordinary measures if Congress has not acted to raise or suspend the debt limit by October 18” — how will this affect the United States Postal Service?

See: Best Cryptocurrencies to Invest In for 2021
Find: 8.5 Million Tax Refunds Have Yet to Be Sent — What to Do If You Haven’t Received Yours

The debt ceiling limits the total amount of money the United States government is authorized to borrow to meet its existing legal obligations, including Social Security and Medicare benefits, military salaries, interest on the national debt and tax refunds. It does not authorize new spending commitments. It simply allows the government to finance existing legal obligations that Congresses and presidents of both parties have made in the past, according to the Treasury Secretary.

However, the USPS doesn’t receive tax dollars for operating expenses. It funds its operations via the sale of postage, products and services.

In its 2020 annual financial filing, the USPS said that the Postal Reorganization Act enacted its status as an “independent establishment of the executive branch of the Government of the United States” with the mandate to offer a “fundamental service” to the nation “at fair and reasonable rates.”

See: 25 Best Startup Business Ideas to Make Money in 2021
Find: 11 Social Security Mistakes That Can Cost You a Fortune

As such, the filing said, the USPS does not receive tax dollars for operating expenses and relies solely on the sale of postal products and services to fund its operations.

However, another, unrelated development might slow down the mail in the coming days. Beginning Oct. 1, the Postal Service will “implement new service standards for first-class mail and periodicals,” USPS spokeswoman Kim Frum told USA Today in an email.  “With this change, we will improve service reliability and predictability for customers while also driving efficiencies across the Postal Service network,” Frum said.

See: How Rich Is Former President Donald Trump?
Find: Here’s How Much You Need to Earn to Be ‘Rich’ in 23 Major Countries Around the World

The changes to service-standard times are part of the Postal Service’s 10-year strategic plan, which was announced by Postmaster General Louis DeJoy in March, USA Today reported. The plan has drawn heavy criticism from elected officials.

According to an announcement in May, “the Postal Service’s 10-year plan reverses a projected $160 billion in losses over the next ten years. The Plan will spur cash flow and savings to make $40 billion in capital investments over the next 10 years — including $20 billion towards USPS’ mail and package processing network, facility upgrades and procurement of new processing equipment.”

In addition, starting Oct. 3 and continuing through Dec. 26, the Postal Service will implement a “temporary price adjustment for key package products for the 2021 peak holiday season,” according to an announcement.