Fed Hopes To Cool Housing Market With Half-Point Rate Hike, but Will It Work? 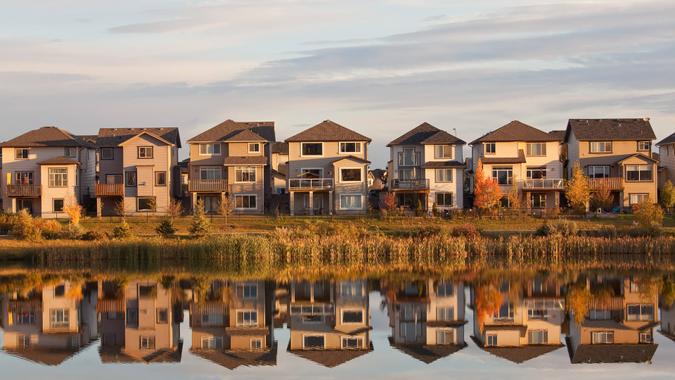 One reason the Federal Reserve raised its benchmark interest rate by 0.5 percentage points on Wednesday — the largest hike in more than two decades — is to toss cold water onto the raging-hot U.S. housing market and keep home prices from rising even further.

Read: 9 Bills You Should Never Put on Autopay
Check Out: How To Get Rich With a Normal Job

The idea is that as mortgage rates increase, many potential homebuyers will sit on the sidelines. This in turn will cool off demand and reverse a trend that has seen average home prices rise by more than one-third over the past couple of years.

But that’s no sure bet, experts say, mainly because demand for homes continues to outpace supply, which has been hurt by rising construction costs and a shortage of both materials and labor.

Of course, those figures came out before the Fed started raising interest rates and mortgage rates started ticking higher. The average rate for a 30-year fixed-rate mortgage is now 5.1%, Fast Company reported, citing data from Freddie Mac. That’s up 1.25% since March 3. You can expect mortgage rates to rise even further following this week’s interest-rate hike.

There are indications that higher mortgage rates are beginning to have an impact on the number of Americans searching for new homes. The volume of mortgage applications fell 8.3% last week compared with the prior week, according to the Mortgage Bankers Association.

A slowdown in mortgage applications doesn’t necessarily mean home prices will go down, though. In fact, some experts say it will have little impact on prices, at least over the near term.

“We expect home prices to keep rising,” Nadia Evangelou, senior economist and director of forecasting at the National Association of Realtors (NAR), told Fast Company “We [would normally] expect higher mortgage rates to lower housing prices, but I don’t see that happening. We will see lower demand, but not necessarily lower prices.”

The NAR expects home sales to drop 9% during 2022 compared to 2021, she said. But even if that happens, average prices are projected to be about 5% higher than they were in 2019, before the COVID-19 pandemic. This is mainly because there still isn’t enough inventory nationwide.

It’s also important to keep in mind that mortgage applications remain above pre-pandemic levels, and houses that do come on the market tend to get snatched up quickly. Some of this could be due to buyers scrambling to purchase homes before rates go even higher.

“The next couple of months things are going to heat up until we get to an inflection point,” Zillow Economist Nicole Bachaud told Reuters.

POLL: Does April’s Stock Market Dip Concern You?
POLL: Do You Think the Government Should Increase SNAP Benefits?

Longer term, most everyone agrees that the housing market will soften for the simple reason that it simply can’t sustain record high price growth forever. Some speculate that a housing bubble is in the works, and prices eventually will come crashing down the way they did during the financial crisis of 2008.

However, most industry watchers don’t expect that to happen. Instead, they see a correction instead of a crash this time around.

“This is not the same market [as] 2008,” Odeta Kushi, First American’s deputy chief economist, told Business Insider. “It’s no secret the housing market played a central role in the Great Recession, but this market is just fundamentally different in so many ways.”

The main reason is that American households are in a much better financial position now than they were 14 years ago. Nearly all households have rebuilt their nominal net worth to pre-recession levels, Business Insider noted, and lending standards have tightened even as home prices have skyrocketed.

So you can expect a soft landing in the coming months.