Could the US Benefit From Another Stimulus Check? 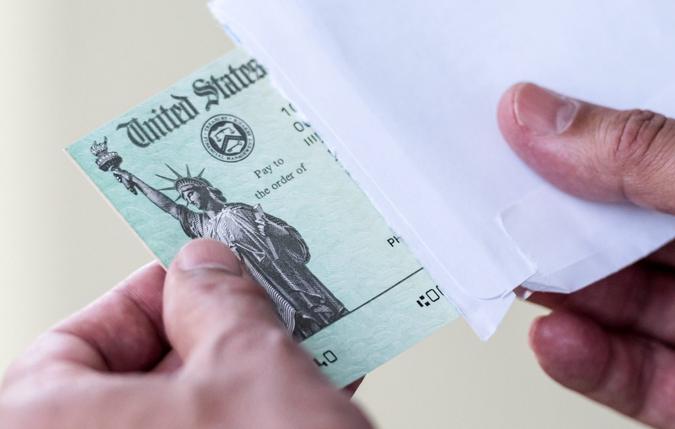 Ask any two people about the relative merits of a fourth federal stimulus check and chances are you’ll get two different answers. Some argue that enough stimulus money has already been paid out to help families struggling from the COVID-19 pandemic, and it’s time to move on. Others say another round of stimulus checks is the only practical way to keep many Americans afloat.

See: Child Tax Credit Payments Are Being Deposited Today – Here Are the Other Important Dates
Find: For 40% of Americans, ‘It’s Going to Take a Miracle’ To Retire Securely

This much is known for certain: The federal government has so far paid out as much as $3,200 to all eligible adults — $1,200 under the Coronavirus Aid Relief and Economic Security Act in March 2020; $600 in another relief program last December; and $1,400 under the American Rescue Plan signed in March by President Joe Biden, CBS News reported.

Some lawmakers, almost exclusively Democrats, support a fourth round of stimulus in the form of recurring payments until the pandemic ends. But many Republicans oppose such a measure, arguing that it would cost too much and make it harder for employers to fill their payrolls.

For everyone else, the main question is this: How might the U.S. benefit from another stimulus check?

Perhaps the biggest benefit is the positive impact the stimulus money has had on lower-income families. As GOBankingRates reported this week, poverty rates in the United States would have been much higher without government relief efforts, according to an analysis by James Sullivan at the University of Notre Dame’s Department of Economics and Bruce Meyer at the University of Chicago’s Harris School of Public Policy.

One of their conclusions was that expanded unemployment insurance, combined with the first round of stimulus checks, prevented 12 million individuals from falling into poverty during the first few months of the pandemic. Meanwhile, Bloomberg noted that the Supplemental Poverty Measure, which takes government assistance programs into account, declined by 2.6 points to 9.1% in 2020 — the lowest rate since the measure debuted in 2009.

This is especially important considering that millions of Americans are still having a tough time making ends meet. Nearly one-quarter struggled to pay their household expenses during the previous week, CBS News reported, citing Census survey data from the last two weeks of August.

That figure likely rose on Labor Day, when more than 9 million people lost enhanced unemployment benefits, eliminating $5 billion in weekly benefits for unemployed workers. And for most Americans, the latest stimulus check for $1,400 checks is long gone. It’s no wonder that more than 2.8 million people have signed a Change.org petition urging Congress to pass legislation for recurring $2,000 monthly payments.

Wendy Edelberg, director of The Hamilton Project and a senior economics fellow at the Brookings Institution, told CNBC earlier this year that the main benefit of direct stimulus payments is that they provide a baseline of financial stability for families who might not otherwise qualify for unemployment insurance or food stamps, but are still struggling financially.

“A lot of people are feeling economic pain but are working — maybe they’ve seen cuts in hours, maybe they normally got financial help from family,” Edelberg said. “A lot of the other fiscal support we have (such as Supplemental Nutrition Assistance Program benefits) can be pretty complicated for people to access.”

But even Americans who aren’t struggling have benefited from stimulus checks — and in turn given the economy a shot in the arm. As the Peter G. Peterson Foundation noted in May, the enactment of each round of payments coincided with a “significant boost to personal income, as well as consumer spending” in that month.

As an example, the Foundation pointed to payments provided under the Consolidated Appropriations Act that were mostly disbursed in January 2021. During that same month, there was a 3% monthly increase in real (inflation-adjusted) consumer spending and a 10% rise in real personal income.

See: Could Stimulus Money Be Causing Rapid US Inflation?
Find: Fourth Stimulus Checks Are Coming From These States — Is Yours on the List?

And although many Americans simply put their stimulus money into savings accounts, that can also have a positive impact by reducing the need to take out riskier loans in the future.