Inflation Is at a 13-Year High — So Why Is Everyone So Calm? 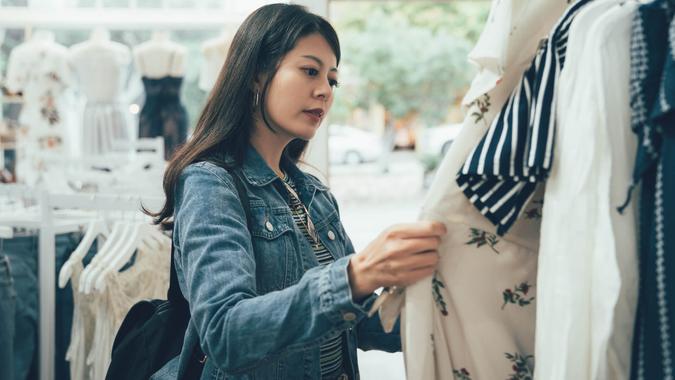 Pandemic-central pressures and a delayed economic rebound have caused a continued rise in prices. The most recent report shows that the cost of living surged again in May, driving inflation to a 13-year high of 5% after a historically low period of almost zero inflation for the past decade.

See: Prices Surge 5% as Inflation Rises with No End in Sight — May’s Consumer Price Index, By the Numbers
Find: How Should Your Budget Change With Increasing Inflation?

While it seems the net-zero policy the economy enjoyed after the financial crisis has now likely come to an end, government officials and economists are not sounding the alarm just yet on prolonged price increases.

In May, the consumer price index jumped 0.6%, marking a fourth consecutive large increase in a row. The increase was slightly higher than analyst and economist predictions, which were estimating a 0.5% increase.

The Bureau of Labor Statistics states that the surge in used-car prices accounted for a whopping one-third of the total increase. A persisting global microchip shortage and virtual halt in travel decreased the number of new cars being produced and sold, and in turn, triggered a massive increase in demand for used cars. Even car rental companies began buying used cars, which largely drove the price of used cars up. As travel has picked back up and Americans are more on the move with money in their pockets from several stimulus payments, the demand for these items surged even higher in May.

See: Why Does the Consumer Price Index Matter?
Find: How to Save Money on All Your Monthly Expenses and Bills

Although Americans have been paying higher prices for almost all goods in the past year and permanent inflation fears have been growing, the Fed has maintained its position that prices will stabilize once the global economy balances out and supply pressures to fulfill corresponding demand ease.

Moody’s Analytics’ chief economist Mark Zandi recently told CNBC, “A lot of the surge in prices are for things that are just normalizing. … Hotels and rental cars and used vehicles, sporting events, restaurants. Everyone is just getting back to normal, so pricing is just returning to what it was pre-pandemic.”

See: Why You Shouldn’t Worry About All Those Price Hikes in the News
Find: Where to Invest Your Money When Inflation Is High — And What Investments to Avoid

The Fed will need to balance the timing of this correction with any persistent upward pressures that could eventually affect more “sticky” changes to the economy. Should the temporary price pressures influence an increase in wages, for example, that could be a more difficult problem to fix. Companies in the restaurant sector have already increased wages in an attempt to attract more employees, and this has begun to play out in prices. Last week, Chipotle announced that it would be increasing its menu prices by 4% in order to pay for its increase in wages to $15 an hour.

While wage increases have mostly taken place in the hospitality sector, the trend could be more difficult to eradicate should it spread to other sectors. If the labor market remain tight and the difficulty of filling positions persists, the U.S. might run out of time to re-correct the course it currently believes to be temporary.

The Fed will have to time this balance, but it widely believes that vaccination rates are increasing fast enough to reopen labor markets to a level where prices will regulate themselves in due course.

In the meantime, if that timing is off, companies will have no choice but to raise wages to a level that will attract employees — and a downward wage correction is hardly simple to do. Prices could come off to corrective levels, but increased wages must remain there to a certain degree. In the long-run, this could affect far more than the price of a burrito.