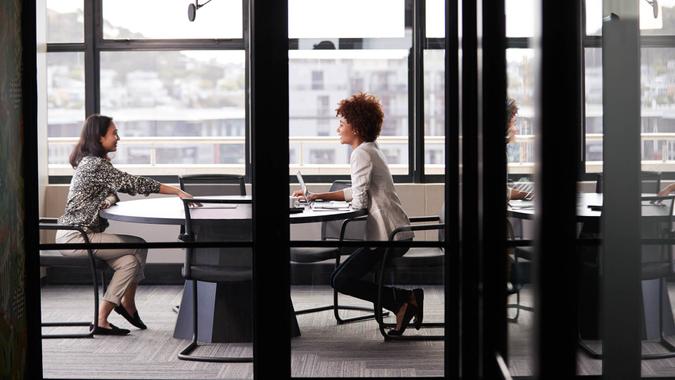 Stimulus Update: See What States Are Sending Checks in December
Find: 25 Hot Jobs That Pay More Than $100,000 a Year

The DOL states that this is the lowest level for this 4-week moving average since March 14, 2020 when it was 225,000. This means that while it is concerning that jobless claims ticked slightly upward last week, the overall picture for labor volatility seems to be trending downward and is a welcome sign after a tumultuous year for overall labor markets.

Meanwhile, 2 million Americans were receiving traditional unemployment benefits in the week that ended Nov.20 — a decrease of 107,000 from the previous week. This figure is important, as the historic federal unemployment aid that was given during the pandemic peaked at more than 33 million in June 2020.

The Year in Review: From Stimulus Checks to Social Security, a Look Back at Our Most-Read Money Stories of the Year

Another promising figure was the advance number for seasonally adjusted insured unemployment. During the week ending Nov.20, it came in at 1,956,000 — a decrease of 107,000 from the previous week’s revised level. The Department of Labor states that this is the lowest level for insured unemployment since March 14, 2020, when it was 1,770,000 and right before the pandemic began to take its full toll on the labor market. The four-week average for this figure also hit the lowest point since March 2020.

Although, overall, the trends show a decrease in unemployment claims, the labor market is still short 4 million jobs now than it had in February 2020. Friday’s jobs report will give further insight as to how many new positions were added last month, as the jobless claims report is in tandem both a picture of job retainment and unemployment insurance.