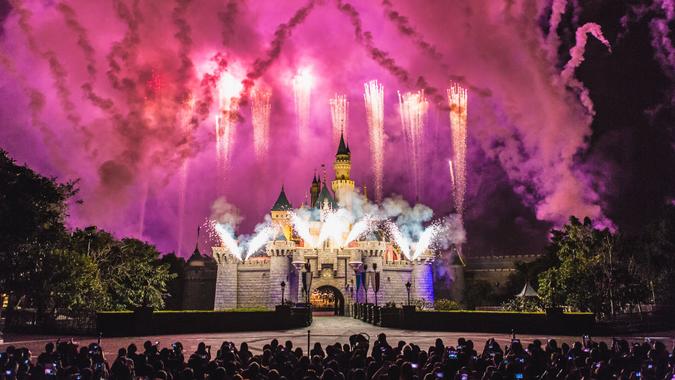 It’s not just an April Fool’s joke. The State of California announced Friday that it will allow outdoor stadiums, ball parks and theme parks, including Disneyland Resort in Anaheim, to begin reopening on April 1, Deadline reported.

See: What a Recovery for Theme Parks Might Look Like in 2021
Find: Disney Shifts Focus, Plans to Close 30% of North American Stores This Yea

However, the Department of Health stated that the events and venues will be open only to California residents at that time. Mask mandates will remain in place.

Live performances and sports venues will be allowed to open regardless of the tier that county falls in beginning April 1, based on the state’s Blueprint for a Safer Economy. Tier 1, purple represents a high spread of COVID-19, or more than 8% of tests returning positive. Tier 2, red tier, is deemed “substantial” spread, with positive tests of 5% to 8%. Tier 3, orange, would be moderate spread, with positive test rates from 2% to 4.9%. Tier 4, yellow, indicates fewer than 2% of positive tests for that county, according to the Department of Health documents.

See: 2020 in Review – Popular Venues That Closed
Find: What’s Next for Disney and Other Big Companies in 2021

Theme Park Reopening Guidelines and What to Expect

Under the guidelines, counties move up to the next tier after they’ve maintained the required metrics for two weeks. Both Orange County, which is home to Disneyland, and Los Angeles County could both move to Tier 2 “soon,” ABC Eyewitness News reported. Once a county reaches Tier 2, its parks can reopen at 15% limited capacity, according to the Orange County Register. In Tier 3, orange, they can increase to 25%, and in Tier 4, yellow, they can fill the venue to 35% of total capacity.

However, indoor dining at theme parks will be closed, and building capacity limits and time limitations in parks such as Disney, Six Flags and Universal will be enforced, Deadline reported.

See: Disney and 12 More Surprising Companies That Had a Disastrous 2020
Find: From Discounts to Low Pay – The Secret Life of a Disneyland Employee

At the current purple tier, outdoor sports stadiums and concert venues can open with a limit of 100 people. These venues must also adhere to additional guidelines, including:

In the red tier, capacity will be expanded to 20% of the venue, with concessions sold through vendors who deliver treats to fans in their seats. The orange tier increases capacity to 33% and the yellow tier allows 67% of seats to be filled.

See: NBA Teams That Might Not Make Payroll This Year
Find: Can Professional Sports Leagues Afford Another Year Without Fans?

How Much Do Theme Parks Contribute to the California Economy?

The Disney Department of Public Affairs reported that Disneyland Resort generated $8.5 billion to the Southern California economy in 2018, based on a study done by three economists at Cal State Fullerton.

The resort is one of Orange County’s largest employers, with 78,000 cast members — the term Disney uses for its park workers — employed.

Undoubtedly, re-opening Disney and other area parks is a step in the right direction for economic recovery in California. However, experts quoted in the L.A. Times said that the parks would not turn a profit operating at 15% capacity.

“Fifteen percent is not sustainable as an operating level,” John Gerner, a theme park expert and managing director of Leisure Business Advisors, told the LA Times. “But as a transition toward fully opening … it makes sense.”