Most Holiday Shoppers Will Buy Online — And Start Early 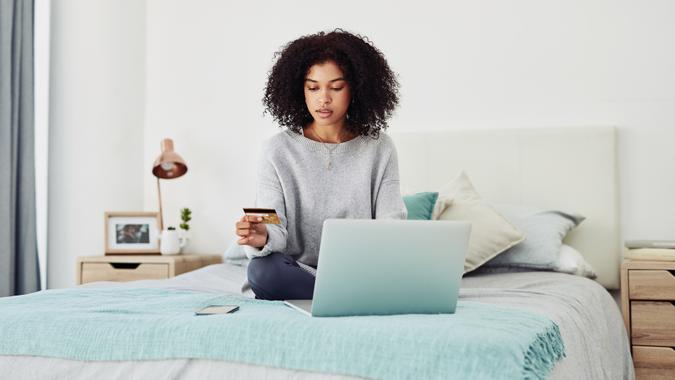 About six in 10 consumers will mainly shop online this holiday season, according to a new survey from Creditcards.com, and more than half plan to start before Halloween to avoid potential supply-chain disruptions.

The survey of 2,410 adults, conducted by YouGov in August and released on Monday, found that 62% of respondents said they planned on making their purchases online. That figure is down from 71% in 2020,  when COVID-19 lockdowns kept many stores closed, but well up from 51% in 2019.

The most common reasons for shopping online include (in order of popularity) convenience, avoiding lines and crowds, getting better deals and prices and fear of COVID-19. For once, generational differences were minimal. About 65% of baby boomers said they will be shopping online, a rate that is pretty close to Generation Zers (63%), millennials (61%) and Generation Xers (58%).

More than half of shoppers (51%) plan to start their holiday shopping before Halloween, and more than one-quarter (27%) said they’d start before the end of September. Many are motivated by the prospect of supply-chain issues either preventing them from getting the items they want or preventing those items from arriving on time.

See: Consumer Confidence Declines to 6-Month Low Amid Delta Variant and Inflation Concerns
Find: Where to Get Unique Holiday Gifts Without Leaving Your House

Starting early is probably a good idea this year. As previously reported on GOBankingRates, waiting until Black Friday to start your holiday shopping this year could be a costly mistake because of ongoing supply-chain problems tied to the COVID-19 pandemic and its variants. This has been a particularly big problem in countries such as Vietnam, Malaysia and Indonesia, which have suffered a slowdown in production due to the pandemic.

Companies with manufacturing operations in those countries, including Nike and Gap, are scrambling to find alternative solutions, Forbes reported in late August.

“Shopping in December is going to be really risky this year, not just because of delays in getting your stuff, but because of retailers’ ability to restock throughout December,” Kristen McGrath, shopping expert at RetailMeNot, told Forbes. “Stuff that sells out early might not come back in stock in time for you to buy it for the holidays.”

Those challenges aside, some retail experts expect a busy holiday shopping season.

“Most Americans have boosted their savings and paid down debt over the past year and a half, and there’s still a lot of pent-up demand and a desire for a happy, traditional holiday season,” said Ted Rossman, senior industry analyst at CreditCards.com.

Rossman advises starting your holiday shopping early so you’ll have more time to compare prices, spread out the cost of your purchases and account for shipping delays or other supply chain disruptions.

Other key findings from the CreditCard.com survey include the following: