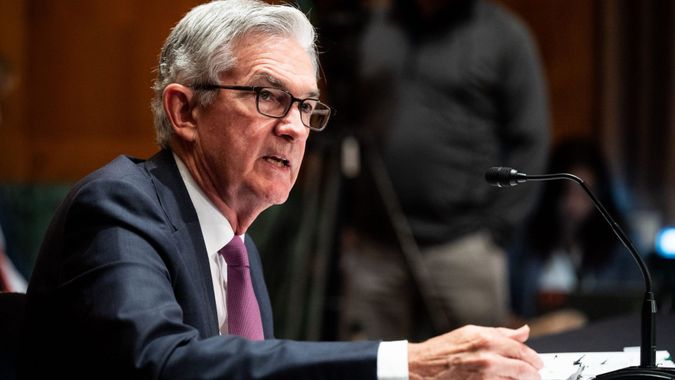 Testifying before the House Financial Services Committee Wednesday, Federal Reserve Chairman Jerome Powell said the Fed will release a whitepaper on digital currencies in September, in order to begin a major public conversation and lay out the potential benefits and also the potential risks of a central bank digital currency. He also called for a stronger regulatory framework for stablecoins, which are cryptocurrencies whose aim is to remain stable and have low volatility. They can be pegged to a currency or a commodity, such as gold.

See: Is the Fed Ready for Its Own Digital Currency?
Find: Biden and IRS Put Pressure on Crypto Tax Avoidance, Transactions Over $10,000

“We have a tradition in this country where the public’s money is held in what is supposed to be a very safe asset. We have a pretty strong regulatory framework for bank deposits, for example, or money market funds.” Powell said, according to MarketWatch. “That doesn’t exist for stablecoins, and if they’re going to be a significant part of the payments universe … then we need an appropriate framework, which frankly we don’t have.”

In August 2020, the Fed announced it had undertaken “research and experimentation to enhance its understanding of the opportunities and risks associated with central bank digital currencies.”

“Given the dollar’s important role, it is essential that the Federal Reserve remain on the frontier of research and policy development regarding central bank digital currencies,” Federal Reserve Board Governor Lael Brainard said at the time in a statement. “Like other central banks, we are continuing to assess the opportunities and challenges of, as well as the use cases for, a digital currency, as a complement to cash and other payments options.”

In addition, the Federal Reserve Bank of Boston said it was collaborating with researchers at the Massachusetts Institute of Technology on a multi-year effort to build a hypothetical digital currency oriented for central bank use.

“This research project is intended to support the Board’s broader efforts in assessing the safety and efficiency of central bank digital currency systems,” according to the statement.

Asked by Rep. Stephen Lynch (Mass.) during Wednesday’s hearing whether the process was too slow as “86 separate central banks are already engaged in this,” Powell replied that the process is the beginning of the acceleration for the decision as to whether or not to adopt a digital dollar for the U.S.

“I’m more concerned about getting it right,” he said.

Rep. Lynch also asked whether this would be a “more viable alternative than the thousands of different cryptocurrencies emerging.”

Powell replied that that may be one of the strongest arguments in favor of the adoption.