Retail Sales Dropped 1.3% in May as Consumers Focus on Travel and Entertainment 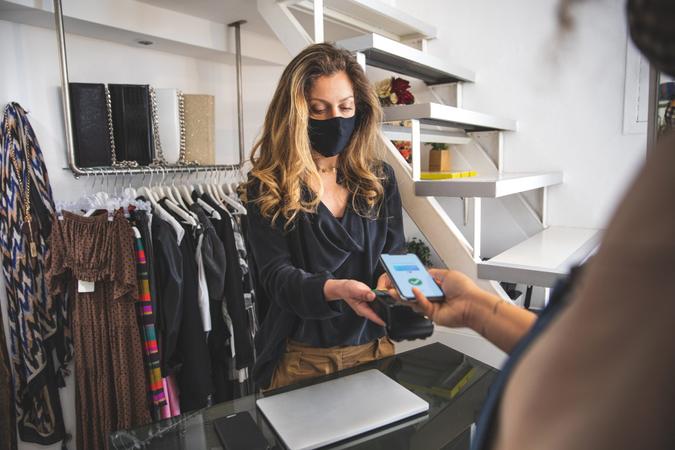 The U.S. Department of Commerce and U.S. Census Bureau released an advance report today showing that retail sales were down this month, with a shift in consumer spending to travel and entertainment, Reuters reports. Retail sales dropped 1.3% month-over-month in May, while April’s sales data was revised to show a 0.9% increase in retail sales.

“The reopening of the economy is likely to mean that some discretionary spending on services will start to compete with purchases of goods, which dominate the retail sales report,” Lou Crandall, chief economist at Wrightson ICAP in Jersey City told Reuters. “Total retail sales are far above the pre-pandemic trend.”

Sales Up from Last May

Compared to May 2020, retail spending last month was up by 24.4% this year. Sales in clothing and clothing accessories stores rose by 200.3% compared to last May, presumably signaling people’s need for new clothes to return to work, going out or even for vacations. Spending on food service and “drinking places,” according to the report, was up 70.6% since May of last year. Other hospitality and entertainment venues are not included in the retail spending report, according to Reuters.

The slight drop in retail sales from April to May 2021, Reuters said, was due to a drop in automotive sales, as new and used vehicles prices continue to rise amidst a semiconductor chip shortage. The report looked at overall retail sales, along with categories such as automobiles, gasoline, building materials and food service. Excluding these categories, retail sales fell just 0.7% in May, which shows promise for a strong second quarter in the retail sector.

Overall, consumer spending grew at an annualized rate of 11.3%, Reuters reported, noting the consumer spending accounts for more than 2/3 of the U.S. economy. Sparked by stimulus checks and $2.3 trillion in consumer savings, which Americans managed to tuck away during the pandemic, spending should lead to double-digit economic growth through the second quarter, Reuters said.

However, an increase in demand for consumer goods led to a 0.7% hike in the Consumer Price Index, which reflects the cost of goods and services in the U.S. Between May 2020 and May 2021, Reuters said, the CPI rose 5%, the biggest annual increase since August 2008.

See: Inflation Hits Purchases of Used Cars, Bacon, Citrus Fruit and Airline Fares the Most
Find: How Should Your Budget Change With Increasing Inflation?

Some of the inflation was driven by the increase in the price of used cars and trucks, which rose 7.3% due to market shortages and increased demand.

Federal Reserve Chair Jerome Powell has called the inflation “transitory,” Reuters reported. U.S. Central Bank officials will meet again, beginning today, to discuss economic policy including interest rates, bond purchases, and when it will be appropriate to begin scaling back economic support as unemployment rates drop, vaccinations spread and the U.S. continues to recover economically from the pandemic.