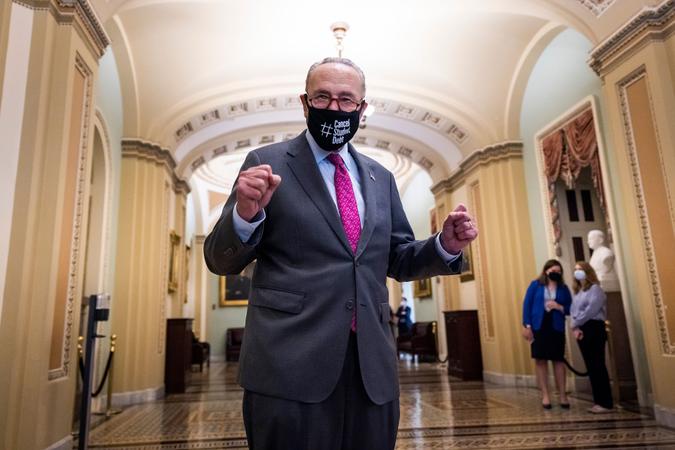 The $1.2 trillion Infrastructure Investment and Jobs Act passed in the Senate today by a 69-30 vote — a major win for President Biden. The bill will now go to the House of Representatives for final approval.

There were 19 Republicans who voted in favor alongside 50 Democrats. The Republicans include Senators Mitch McConnell of Kentucky; Roy Blunt of Missouri; Lisa Murkowski of Alaska; Rob Portman of Ohio and Richard Burr of North Carolina, according to CNN.

Speaker of the House Nancy Pelosi said in a statement: “Today is a day of progress, as the Senate has passed the bipartisan infrastructure package and paved the way for not only rebuilding but reimagining our infrastructure for the 21st Century Economy.”

“The leadership of President Biden has seized this once-in-a-century opportunity to Build Back Better for our country. This bipartisan package helps rebuild the middle class as it rebuilds our infrastructure — creating good-paying American jobs and turbocharging American competitiveness and growth,” she added in the statement. “The House will continue to work with the Senate to ensure that our priorities For The People are included in the final infrastructure and reconciliation packages, in a way that is resilient and will Build Back Better.”

More: Wall Street Favors These 12 Stocks Ahead Of Infrastructure Deal

“I just voted to pass this historic, bipartisan infrastructure bill, which makes crucial investments in Georgia. Congress has delayed action on infrastructure for decades. Under @JoeBiden’s leadership, Democrats and Republicans are uniting to get it done,” Senator Jon Ossoff (D-GA) tweeted.

I just voted to pass this historic, bipartisan infrastructure bill, which makes crucial investments in Georgia.

Congress has delayed action on infrastructure for decades. Under @JoeBiden‘s leadership, Democrats and Republicans are uniting to get it done.

Learn: Biden To Sign Executive Order For 50% of Cars To Be EVs by 2030: “The Future of the Auto Industry Is Electric”
Read: Legislation To Protect Women’s Retirement Security Reintroduced in House and Senate

The new bill also includes lesser-known programs: from street safety to wildfires and battery manufacturing to transit stations and the Americans with Disabilities Act, all of which the White House outlined in a fact sheet this week.