These States Are Handing Out Free Money – Is Yours One of Them? 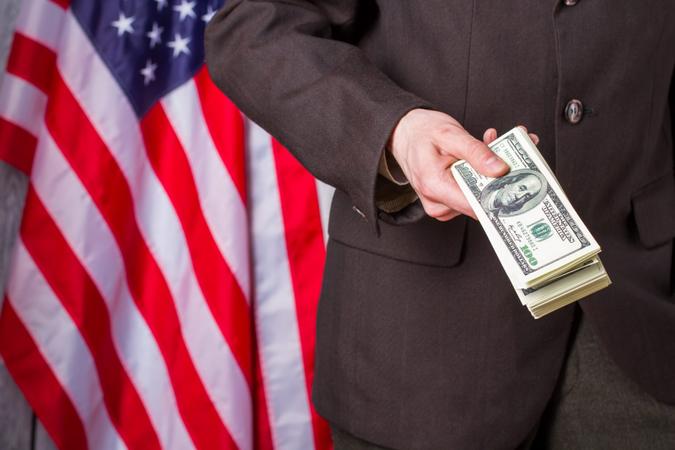 Some U.S. residents might be getting extra government perks thanks to a surplus of cash in state coffers, likely in the form of lower tax rates or cash payments.

See: $1400 Stimulus May Be on the Way — This Time from Your State
Find: Vaccine Perks: States Are Offering These Incentives to Encourage Covid-19 Vaccinations

On Monday, CNBC reported that 29 states had taken in as much or more tax revenue during the previous 12 months than the year leading up to the COVID-19 pandemic, making them flush with extra cash. Some states with surpluses plan to use the extra money to provide financial relief to residents.

The data comes from the Pew Charitable Trusts, which released a new report showing that despite the start of a recession, rainy day funds in the majority of states were either unchanged or grew in the fiscal year ended June 2020. Nationally, overall rainy day funds were $71.6 billion — which ranked second behind only the pre-pandemic record of $78.7 billion — to deal with budget shortfalls or other emergencies.

New York, New Mexico and Maryland are among the states offering payments or tax credits to low-income families, CNBC noted. In California, which has a surplus of $75 billion, Gov. Gavin Newsom has proposed sending $600 checks to residents earning up to $75,000 a year. California households struggling financially might also get relief on past-due rent, utility bills and traffic tickets.

Idaho, with a $500 million surplus, is providing a tax rebate to residents who filed a 2019 tax return, in amounts of either $50 per person or 9% of taxes owed, whichever is greater. The state has also authorized a lower top tax rate.

Other states with surpluses that have either enacted or proposed tax cuts include Montana, Oklahoma and Iowa.

See: More States Are Stopping Federal Unemployment Benefits Early — Are Your Benefits About to Be Cut?
Find: Despite Optimism for Summer Travel, The Real Rebound Might Have to Wait a Year

On the other end of the spectrum, some states that rely on tourism and natural resources have seen a drop in revenue as those industries were hit hard by the pandemic. This group includes Hawaii, Nevada, Texas and Alaska.

Regardless of whether a state has a surplus, all are due to get a combined $195.3 billion in federal support as part of the American Rescue Plan.