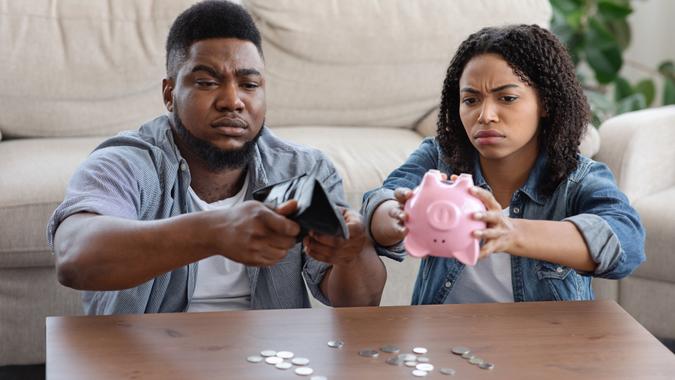 What at first seemed like good news, is over now. The recent bump in workers’ wages has been wiped out by unrelenting inflation, with the Department of Labor reporting that top-line inflation for October hit almost 1%.

Poll: Is Inflation Affecting How You Spend Your Money?
Find: Tax Brackets 2022: How Much Will You Pay Based on Latest IRS Inflation Adjustments?

Last Friday, the DOL reported that average hourly earnings increased .4% in the month of October, about in line with analyst estimates CNBC reports.

Yesterday though, the DOL also reported that overall inflation added another .9% on top of 12-straight months of increasing prices, bringing inflation up 6.2% over the last year.

In fact, according to the Bureau of Labor Statistics, with the increase in inflation real average hourly earnings actually decreased .5% for the month.

This is disappointing news for a historically tight labor market that has been struggling to incentivize workers back to the labor force. For one of the few times in history, there have been more open positions available than there have been willing workers to fill them. Recent jobs reports have shown a slight improvement in the retention level of workers for the past two months, but unemployment still remains relatively high compared to pre-pandemic levels.

Tight labor markets have put the ball in worker’s courts, as demands for higher wages have been met with success from employers desperate to reopen after the pandemic. Upward price pressures though have now overcome any progress workers made this year, as inflation is now growing faster than wages are.

If the trend continues, it could create a discouraging environment for workers already disenfranchised by the idea of rushing to get back to work.

See: Social Security: Rising Cost of Eggs, Milk and Bacon Render COLA Boost Worthless
Find: Average Cost of Groceries Per Month: How Much Should You Be Spending?

Joseph LaVorgna, chief economist for the Americas at Natixis and former chief economist for the National Economic Council under the Trump administration told CNBC, “For now, inflation is going to continue to run above very solid wage growth. This is why when you look at consumer confidence, it’s really taking a beating. Households do not like the inflation story, and rightly so.”