Savings Has Grown by $2.7 Trillion Worldwide — How It’s Affected Spending Habits for Better (and Worse) 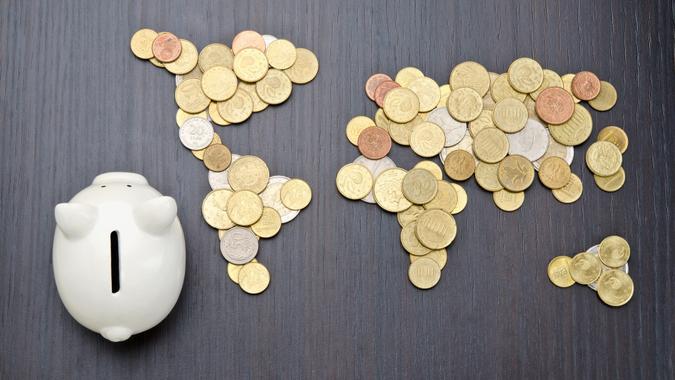 European and American consumers are preparing for the worst by stashing away more than $2.7 trillion in savings. While European bank balances may have gone down slightly in August following lifted lockdowns to around $464 billion, there’s been no decline in U.S. savings totaling $2.3 trillion, according to calculations by Bloomberg Economics. While these extra savings could help households cope with sticker shock at the pump or in the grocery store, it could hurt businesses’ ability to push through any permanent price increases.

“We’re not seeing any signs that the accumulated savings are coming back into the economy,” Dario Perkins, managing director for global macro at TS Lombard in London, explained to Bloomberg. “Because people have these extra savings, they feel wealthy and they spend a bit more. A fraction of that money maybe gets spent, but it doesn’t come surging back.”

Prices have risen by 5.4% on an annualized basis in September, NBC News reported, as supply chain constraints, worker shortages and high demand continue to push prices higher, according to data from the Bureau of Labor Statistics. Increases in food and shelter accounted for more than half of the consumer price index’s increase, followed by rises in food prices, gasoline and new vehicles.

Bloomberg noted that while Americans are growing concerned about resurgent outbreaks, the pace of recovery and job prospects, consumer preferences have also changed for the better. According to a paper published by the European Central Bank, many people realized during 2020 that they simply didn’t miss certain things, reported Bloomberg.

Learn: Here’s How Much You Need To Earn To Be ‘Rich’ in 23 Major Countries Around the World
Find: Mass Global Vehicle Shortage Hits 7.7 Million, Doubling Estimates — Consumers To Pay $90 Billion in Higher Costs

The U.S. savings rate was above pre-pandemic levels in August, sitting at 9.4%, Yahoo News stated. Americans are now 15 times more likely to build their emergency funds and save more as a result of the pandemic.