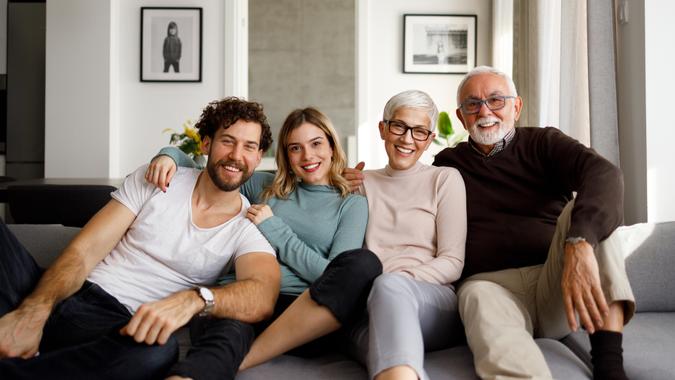 The pandemic has brought on a series of challenges for parents, many of whom had to leave the workforce in order to assume full-time caregiving responsibilities or sink into debt to pay for childcare. Now, many moms and dads are faced with a new problem: how much extra money they’ve spent since their adult kids moved back in with them.

The phenomenon of “boomerang kids,” as they have been dubbed, is nothing new. Adult kids have been moving back in with their folks for eons, but during times of economic uncertainty, this trend is more prevalent. According to a new survey by LendingTree, 32% of millennials and Gen Zers moved back home during the pandemic, and though the pandemic has waned, two-thirds of these grown-ups still live with their folks. Just about half (51%) of these adult children say they moved back home out of necessity.

Many adult children who have returned to the nest are using the time to get back on their feet financially. Thirty-nine percent say that they’ve been able to pay down debt while living with mom and dad, and 31% are working on saving for a down payment on a home.

This all sounds like a great scenario for the kids, but for the parents, the costs are adding up.

According to a survey by Porch, parents with grown kids living at home say it costs an average of $459 a month to cover them — a hefty chunk of change when considering that adds up to $5,508 a year. That money could be used to add to retirement savings or pay down debt, which in the case of many boomers is substantial. A recent report by Experian shows that boomers carry an average credit card balance of $6,747 and an average of $25,812 in total debt, excluding mortgages.

The survey also showed that only 43% of children pay rent and only 87% contribute in other ways. The increased financial burden has more than half of parents (67%) wishing their children would leave the nest. But finding a compromise that benefits all parties financially is a problem even the experts don’t have an answer to.