How Much Money Should Your Emergency Fund Have to Weather a Recession? 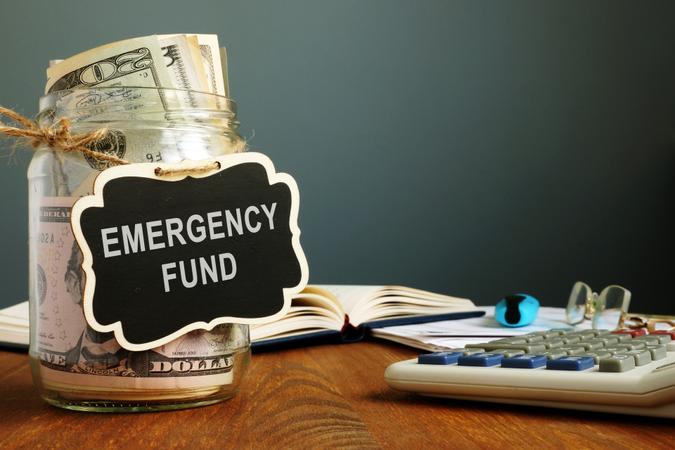 Building an emergency fund is important in any economy, but it takes on added importance during a recession because of the higher risk of being laid off. The rising likelihood of a recession has many Americans wondering if they have enough money saved up to cover their bills in case the worst happens.

More than half of Americans are now concerned about the level of their emergency savings — up from 44% two years ago, CNBC reported.

The amount of money you should have in your emergency fund during a recession varies according to different factors. A recent Motley Fool column that appeared on the Nasdaq website noted that you should think more about specific expenses than a specific dollar amount.

A good first step is to calculate your essential monthly expenses and then multiply that number by at least three, though it would be better to multiply it by six to 12 in a down economy.

Suppose your essential bills equal $5,000 a month. You’d need $30,000 in your emergency fund to cover six months’ worth of essential expenses and $60,000 to cover a full year. Also, make sure you take into account the current rate of inflation, which is the highest in more than four decades. The gas and grocery bills you paid a year ago no longer apply in today’s economy, so keep your figures as current as possible.

You also need to consider how many earners are in your household. The typical recommendation for dual-income families is to build an emergency fund worth three to six months of living expenses, according to Christopher Lyman, a certified financial planner with Allied Financial Advisors in Newtown, Pennsylvania. Even if one earner loses their job, there are other income streams to help the family keep up with expenses.

But if you are in a household with only one earner, you should probably increase your savings to six to nine months’ worth of expenses, Lyman told CNBC. Other financial advisors recommend building even more savings to give yourself a bigger cushion in case one earner loses their job, leaving the household with no income.

Catherine Valega, a CFP and wealth consultant at Green Bee Advisory in Winchester, Massachusetts, told CNBC that households should build 12 to 24 months’ worth of emergency savings. Similarly, personal finance expert and best-selling author Suze Orman recently told CNBC she recommends an emergency fund of eight to 12 months’ worth of expenses.

Take Our Poll: Do You Think You Will Be Able To Retire at Age 65?
Discover: 9 Bills You Should Never Put on Autopay

The bar is even higher for small business owners, independent contractors and entrepreneurs – especially in a recession when businesses can go south in a hurry. For people in this category, Lyman recommends setting aside at least one year’s worth of expenses.

“Taking this advice saved quite a few of our business owner clients from shutting down due to the pandemic,” he said.