How To Pick Where You Live Based on Your Budget 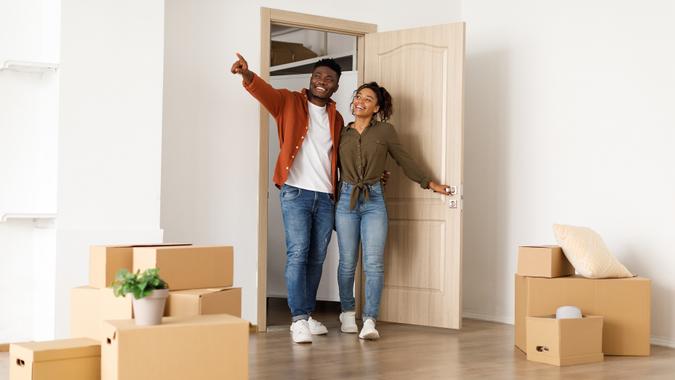 You’re looking to start over in a new town, but you’re not sure where to move. As a budget-minded person, you want to choose somewhere that checks your main boxes — i.e., city vs. country, warm vs. cold climate — that you can also afford.

See: 10 Best Small Towns To Retire on $2,300 a Month
Good To Know: Unplug These Appliances That Hike Up Your Electricity Bill

The cost of living in your desired new town is a must because a dollar doesn’t stretch nearly as far in some areas as others. For example, the median gross rent in Los Angeles is $1,523 per month, but it’s nearly half that at $735 per month in Cleveland, according to the U.S. Census Bureau.

This is especially important if you’re an entrepreneur or are planning to keep your current remote job, as your salary won’t necessarily be adjusted to match the cost of living in your new area.

Here are a few considerations to weigh when trying to choose a new hometown based on your budget.

If you’re thinking about buying a new home before moving to your new town or shortly after, it’s important to make sure you can actually afford to do so. Online mortgage calculators aren’t always accurate, so it’s best to contact a professional.

“Before you proceed with anything at all, you should talk with a lending institution to find out the amount they are ready to lend you and the conditions,” said Elena Jones, a former financial coach and co-founder of FinanceJar.

She said most lenders will require you to commit no more than 31% of your income to housing costs.

“Your debt burden is the subsequent factor they take into account,” she said. “This would include any monthly liabilities, like a car loan, college loans, lines of credit, cash advances and others.”

Another factor to consider if you’re thinking about purchasing a home in your new town, property taxes can seriously increase your monthly payment.

“Property tax rates can vary widely, even among towns that share a common school district,” said Jeremy Bohne, financial advisor and founder of Paceline Wealth Management, based in Boston. “In one instance — [from his personal experience] one was 50% higher than the other.”

He said this is a very important cost to consider because it can mean your budget in one town will not be the same as a nearby town with a higher property tax rate.

“Property tax costs pulled from an online listing are not a reliable indicator of actual cost when housing costs are soaring,” he said. “This is because the value of the home will be reassessed — the following year typically — at which point they will jump dramatically.”

He said it’s also important to remember your property tax bill is something you’ll be responsible for paying every year you own the home.

“Unlike a mortgage, you can’t permanently pay off property taxes,” he said. “They track the value of your home, so they will never end, and actually increase in the long term as home values typically do.”

“Each state has a different income tax rate, and several have no income tax,” he said. “Others have a relatively high tax rate.”

While not too common, he said some cities and counties also have their own income taxes. Specifically, 17 states and the District of Columbia allow cities, counties and municipalities to impose separate individual income taxes, in addition to state income taxes.

“I think one of the best ways to research cost of living is to go for a test drive,” said Robert Persichitte, CPA, CFP®, CFE financial planner and founder of Delagify Financial, based in Arvada, Colorado. “Take a vacation where you are thinking about moving and pay close attention to what everything costs.”

If you know someone who already lives in the area, he recommended using them as a resource.

“Ask friend who live there about their pain points to see how something feels,” he said. “Take a drive during the morning commute. It’s more accurate than any list and can help you make your decision.”

He said if you don’t properly research an area, you might incur some expensive surprises.

“I have some clients moving to Crestone, Colorado — a remote mountain town,” he said. “Land costs and taxes are cheap there, but they make up for it with construction and grocery costs — she paid $8 for a gallon of milk.”

If you determine the cost of living in your desired new hometown is higher than expected, Persichitte said you can still try to make it work.

“Even if a place is expensive, ask your employer for a pay bump, and decide if it’s worth it to live there,” he said. “Where I live is expensive — halfway between Denver and Boulder, Colorado — but the view alone is worth it.”

To save money in a pricey area, Mock suggested increasing your use of ride-sharing or public transportation. He said you could also get a second job or a side gig.

You also might consider purchasing or renting a smaller home than you currently have, taking on a roommate or cutting frivolous expenses that don’t really add value to your life. Conducting careful research and creating a budget before your move will help you find a new hometown you can both enjoy and afford.