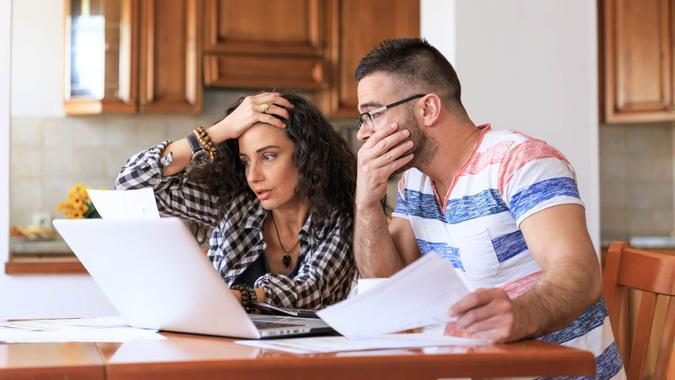 The impact of high inflation doesn’t just involve paying more for a cantaloupe or a tank of gas and spending the rest of the day grumbling about it. The cumulative effect over time has caused millions of Americans to fundamentally change their lifestyles and even postpone major life events, according to a new survey from the Nationwide Retirement Institute.

The survey found that more than one-third of Gen Z (35%) and millennial (34%) respondents have already postponed or are considering postponing plans to start a family because of inflation, which hit 7.9% in February — its highest point in 40 years.

“But Americans should know that the economy is actually performing better than people think, job security is extremely strong, and even though we’ve seen a lot of market volatility, consumers have record wealth due to equity market and home price rallies,” Hackett added.

Explore: Are Bonds Still a Safe Investment During Inflation?

That might be the case, but a large percentage of Americans are clearly spooked by so many negative headlines colliding at the same time. In addition to cancelling or postponing major life events, consumers across generations also are making changes in their daily lifestyles, including the following:

The survey of 2,000 U.S. adults was conducted in February by Edelman Data and Intelligence on behalf of Nationwide and released last week. It came out before the Federal Reserve on Wednesday raised interest rates for the first time since 2018 in an effort to tame inflation, but respondents were likely already aware of the Fed’s intention to raise rates this year.

Even so, only 28% of respondents said they expect the current inflationary surge to be temporary. Most expect continued increases in the prices of homes, gas and goods and services.