Record Pay Raises on Deck in 2023, but Will Inflation Make Them a Moot Point? 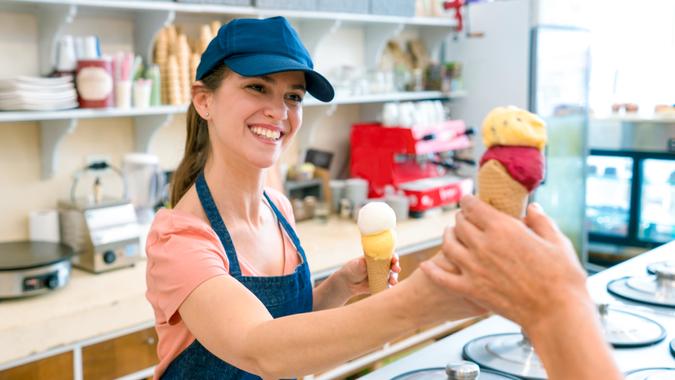 The tight labor market will push 2023 salaries up by their highest percentage in 15 years, according to a new survey from advisory firm Willis Tower Watson, but the extra pay might not do much to offset rising prices.

See: 22 Side Gigs That Can Make You Richer Than a Full-Time Job
Find: 27 Ugly Truths About Retirement

The WTW’s Salary Budget Planning Report, which details the results of a poll of 1,430 U.S. organizations conducted in the spring and released last week, found that companies are budgeting an overall average increase of 4.1% for 2023. That’s up slightly from an average actual increase of 4.0% in 2022 and would represent the largest increase since 2008.

Nearly two-thirds (64%) of U.S. employers have budgeted for higher employee pay raises than last year, according to the survey. Just more than two-fifths (41%) have increased their budgets since original projections were made earlier this year. Less than half (45%) are sticking with the pay budgets they set at the start of the year.

Some companies are also making more frequent salary increase adjustments. More than one-third (36%) have already increased or plan to increase how often they raise salaries. Among these respondents, 92% either already have or will adjust salaries twice per year.

Concerns over a tighter labor market — and not inflation — are the main driver of increased salary budgets. Nearly three-quarters of respondents (73%) cited the labor shortage as the top factor. That compares with 46% of respondents who cited employee expectations for higher pay driven by inflation. Less than three in 10 (28%) adjusted their budgets in anticipation of stronger financial results.

For many workers, the pay raises are completely wiped out by the highest inflation rate since 1981. The Consumer Price Index for June 2022 rose 9.1% from the prior year — more than double this year’s 4% average annual salary increase cited by WTW.

Despite Federal Reserve efforts to tame inflation through a series of aggressive interest rate hikes, the CPI numbers keep coming in at their highest levels in four decades. Inflation will need to drop drastically for next year’s projected 4.1% average salary increase to do workers much good in terms of real dollars.

Meanwhile, many employers are putting a focus on non-pay issues as a way of drawing and retaining workers. Roughly seven in 10 respondents to the WTW survey have increased workplace flexibility, and nearly one-fifth are planning or considering doing so in the next couple of years.

As for companies offering pay raises to draw and keep workers — much of the money will go toward recruiting specific demographic groups in high demand, John Bremen, a managing director at Willis Towers Watson, told CNN Business. This could range from entry-level workers to high-skill jobs such as software engineers and nurses. Many employers are also reaching out to Gen Xers, who are in short supply compared with boomers and millennials.

“Jobs heavily concentrated by those populations may see pay go up disproportionately,” Bremen told CNN. “It’s [often] hard to attract and retain people in those groups.”