8 Fascinating Traits Billionaires Have in Common 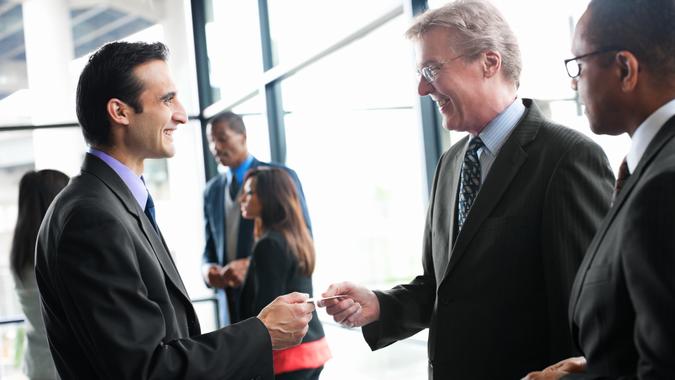 A top-notch education alone isn’t enough to strike it rich. You can go to the best university in the country and enroll in numerous professional courses, but nothing compares to the education you can receive after spending some time learning the habits of the world’s most famous entrepreneurs and industry leaders.

There are many among them who never went or finished college, however, they’ve managed to secure for themselves names and fortunes known the world over. The reason being that their habits govern everything they do, every action they take. The world’s billionaires are known for exhibiting these eight smart habits. Note that we said billionaires, not millionaires.

Read More: Watch Out, These Billionaires Could Buy Your City
Find Out: Weird Things Top Billionaires Have in Common

1. They Invest in Themselves

Investing in yourself does not mean spending thousands of dollars shopping or getting a makeover, instead, it refers to investing time and resources in self-development. Every successful person you’ll ever come across does this.

Personal investment could mean learning a new language, taking classes on history, focusing on fitness, or even reflecting upon ambitions to clearly determine goals.

2. They Are Constantly Curious

Billionaires are always curious; they have a hunger to understand and explore things. This curiosity is never truly satisfied, which fuels their continued earnings and growth. Since they are always trying to approach different situations and conditions in innovative ways, they shed a unique perspective on the tasks put before them.

When you are placed in a complex situation, you likely seek the easy way out, the safest way out or just give up. A billionaire will find the toughest of ways, but he will reach the root of the situation and tackle it more effectively because of it.

3. They Surround Themselves With Smart People

A number of highly successful people made it their habit early on to always ask for advice. Ray Dalio, the founder of the world’s largest hedge fund, Bridgewater Associates, said that, as a novice investor, he started asking everyone, even his barber, about their opinions on specific investments.

Most billionaires, for this very reason, surround themselves with smart people, learning from their reasoning on different matters. The conclusions people reach shouldn’t make a difference, but the way they reach those conclusions does.

Spend more time in the company of smart people and learn how they perceive situations — this will, in time, refine your thinking and steer you toward success.

Learn: 7 Harsh Realities of Being a Millionaire
The Economy and Your Money: All You Need To Know

Eating together with your entire circle at a single table is the best way to stay current on business affairs. Instead of getting half-baked news from blogs or papers, these billionaires tend to keep things straightforward, interacting with each other on a one-on-one basis to stay sharp and informed.

5. They Own Up to Mistakes

When things go right, we tend to be a little too keen to take credit for it. But when things go south, rare is the person who readily claims blame — but that’s exactly what billionaires do.

Billionaires usually don’t hesitate in accepting loss and the fact that it was their fault things didn’t pan out as planned. They usually go a step further and make amends for the mistake. Essentially egos aren’t huge for the richest of people.

6. They Know How and When To Use Leverage

There are two kinds of people: those who take advantage of others, and those who leverage the resources and assets they have correctly. Ever wondered how billionaires achieved their success? It’s usually because they are great in a particular area and capitalize on it. What they excel at is leveraging the right resources, human and otherwise, correctly as the situation demands.

This is not just restricted to business; this is a habit that shows in every aspect of the lives of famous billionaires. This certainly doesn’t imply taking advantage of people though — there’s a fine line one has to tread here.

7. They Understand the Difference Between Possessions and Growth

Money increases your purchasing power, but do you really need to buy a toy that big? Many wealthy people spend tens of thousands on cars and leisure. Billionaires on the other hand are often more frugal when it comes to possessions. Instead, their spending is focused on growing their empires further.

We noticed something interesting when perusing the profiles of billionaires: most avoid debt altogether when it comes to personal finance, no matter how small. Billionaires are in the habit of spending money where it can eventually yield more profit, taking them to greater heights. This could even entail taking their entire teams on cruises, making memories with your business family, etc., in order to build loyalty and employee happiness.

8. They Don’t Always Play It Safe

Risks have to be taken, billionaires understand that. Until and unless risks are taken, a business will not be able to move ahead, and a bold risk-taker will fly ahead. At times, people are ready to put everything at stake just to know if the risk was actually worth it; this includes their reputations, their networks, entire business models and more.

Josh Felber has been recognized multiple times in the National Who’s Who of Entrepreneurs, was a National Winner of the ATT and USA Today Investment Challenge, and has been featured on radio and television in the greater Akron area.