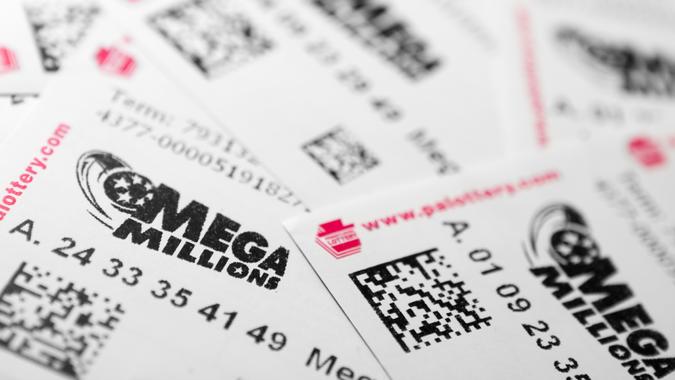 If you’re buying a lottery ticket on the off chance that you might win the $1 billion Mega Millions jackpot this week, you’d do well to remember this: Winning isn’t all Dom Pérignon and luxury suites. You’ll also face a hefty tax bill — so much so that you might have to scrape by on $380 million or so once the IRS takes its cut.

Since nobody took home the grand prize on July 26 by matching all six numbers, the Mega Millions jackpot has now ballooned to $1.02 billion, CNBC reported. The next drawing is Friday night, July 29, at 11 p.m. EST.

It is now the third-largest jackpot in Mega Millions history — and only the third time the jackpot has risen above $1 billion, NPR reported. You have a 1 in 302.5 million chance of winning, which is long odds indeed.

One thing’s for certain: No matter who wins, they’ll be giving a huge chunk of their winnings to Uncle Sam. That’s the case whether the jackpot is doled out as an annuity of 30 payments over 29 years or as an immediate, reduced cash lump sum. Most winners opt for the cash option.

For the current $1.02 billion jackpot, the cash option is $602.5 million, CNBC noted. There is a mandatory 24% federal tax withholding on that amount, which would reduce the winnings by $144.6 million. It would be further reduced by the top federal marginal tax rate of 37%, which applies to yearly income above $539,900 for single taxpayers or $647,850 for married couples filing jointly.

Unless the winner does something creative with the jackpot, such as donating part of it to charity, there would be an additional 13% due to the IRS, for a total of $222.9 million in overall taxes. That would bring the winnings down to about $380 million — and that’s before any state or local taxes might apply.

If the winner is lucky enough to live in a state with no state income tax, this won’t be a problem. Only seven states have no state income tax, according to Intuit TurboTax: Alaska, Florida, Nevada, South Dakota, Texas, Washington and Wyoming. Of those states, Alaska and Nevada do not have the Mega Millions jackpot.

How to Play the Mega Millions Lottery

If you’re interested in taking a shot at the jackpot, anybody can enter. You don’t even need to be a U.S. resident to win, according to NPR. If you live in a state that doesn’t offer Mega Millions — Alabama, Alaska, Hawaii, Nevada and Utah — you can still buy your ticket elsewhere. If you happen to win, you’ll have to redeem the winning ticket in the state where it was purchased.

Some states let you buy tickets online, including Georgia, Illinois, Kentucky, Michigan, New Hampshire, North Carolina, North Dakota, Pennsylvania, Virginia and the District of Columbia. However, you will have to register with the local lotteries. New York residents can also buy a Mega Millions subscription.

Tickets are $2 per play, and you’ll pick six numbers with each ticket. The first five numbers, called the white ball numbers, range from 1 to 70. The last number is from 1 to 25 and will be your pick for the gold Mega Ball.

The current jackpot still has a ways to go to reach the highest jackpot ever. That distinction belongs to the $1.537 billion jackpot in Oct. 2018. The winning ticket for that draw was purchased in South Carolina.