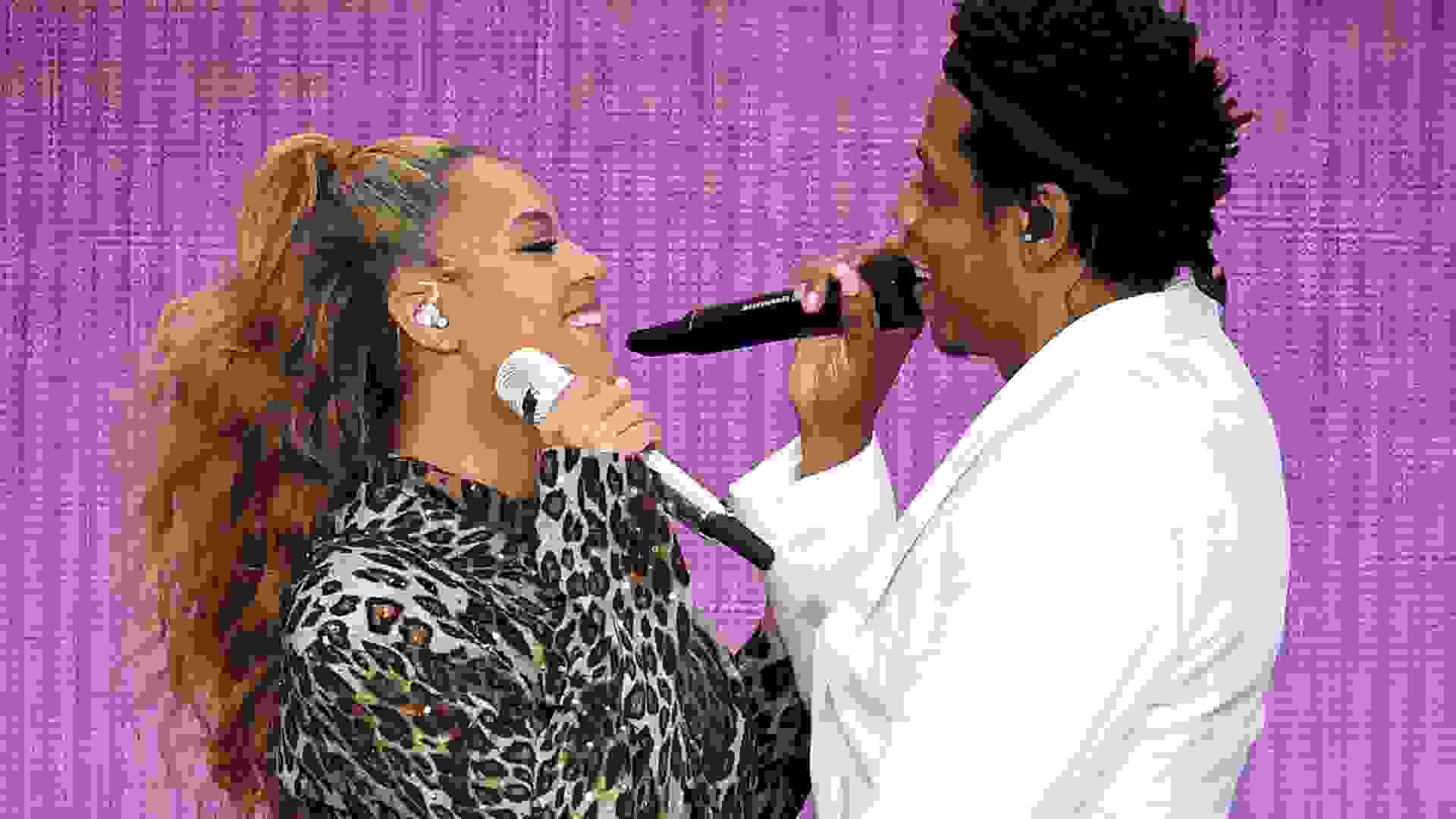 Ultimate power couple Beyoncé and Jay-Z know how to draw a crowd. Most recently, their 2018 On the Run II stadium tour garnered more than $250 million — approximately $5 million per night, according to Forbes.

Always busy, Beyoncé released the Netflix documentary “Homecoming,” in 2019, giving fans an inside look at her famed Coachella performance the year before. Also a fashion designer, the second collection from her Adidas x Ivy Park collaboration debuted in October 2020.

Together, the multitalented Carters have a combined net worth of $1.5 billion, and Beyoncé alone is worth millions — $500 million to be exact, according to Celebrity Net Worth.

Being Queen B comes with a lot of expenses. From her homes to her wardrobe to her lavish vacations, GOBankingRates broke down how much it really costs to splurge like one of the richest, most famous singers in the world. 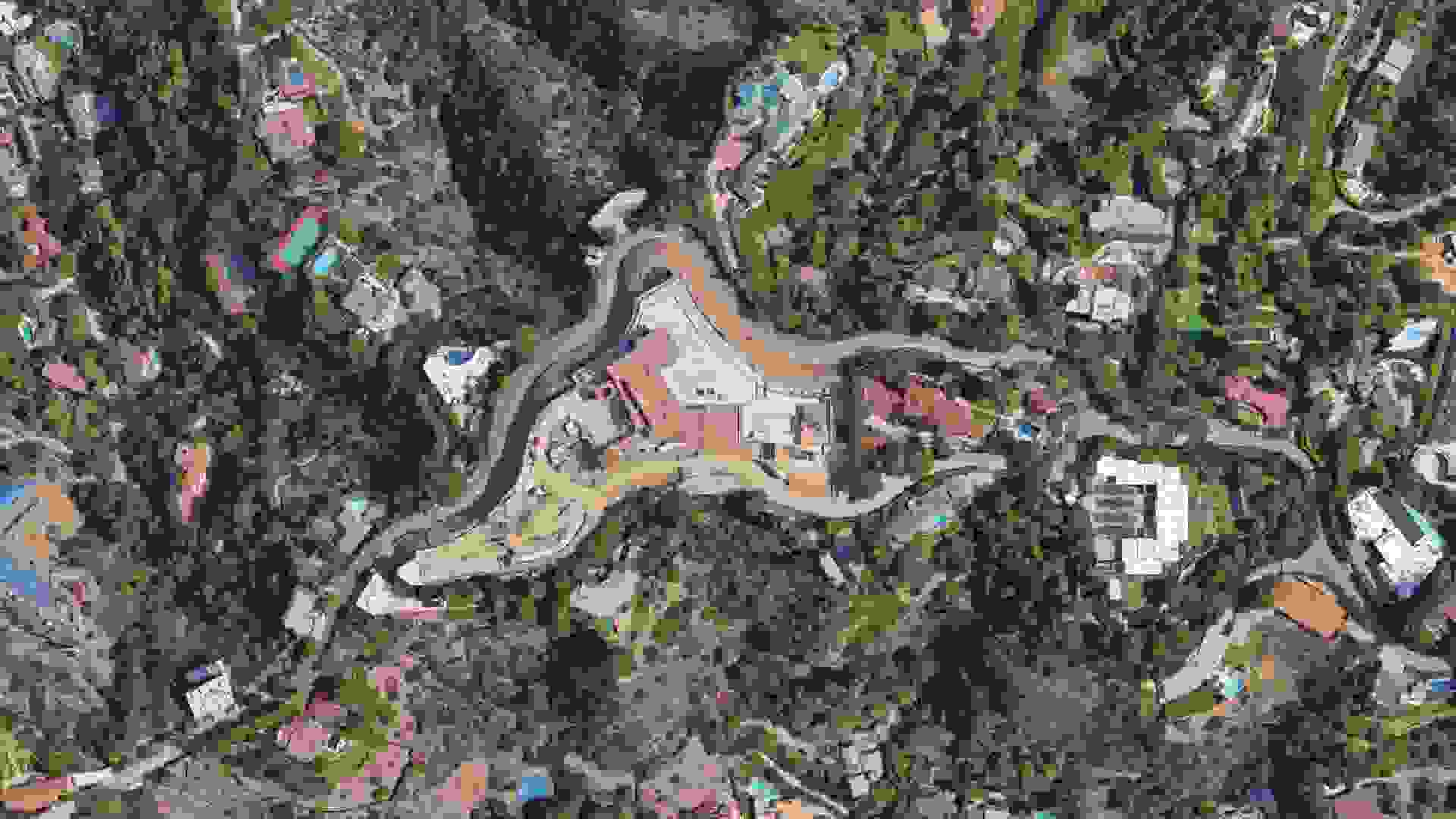 When you’re one of the biggest and richest musical stars in the world, locking down just one mortgage for a luxury mansion simply won’t cut it. That’s why Bey has three multimillion-dollar homes: a $2.9 million five-bedroom cottage-style East Hampton mansion, a $6.85 million penthouse in lower Manhattan and an $88 million multistructure compound in Bel Air, Variety reports.

The Bel Air estate has eight bedrooms, 11 bathrooms, four outdoor pools, a spa and wellness center, a basketball court and enough garage space for 15 cars. Property taxes for this property alone totaled $1.05 million per year as of 2019, according to the Los Angeles Times. 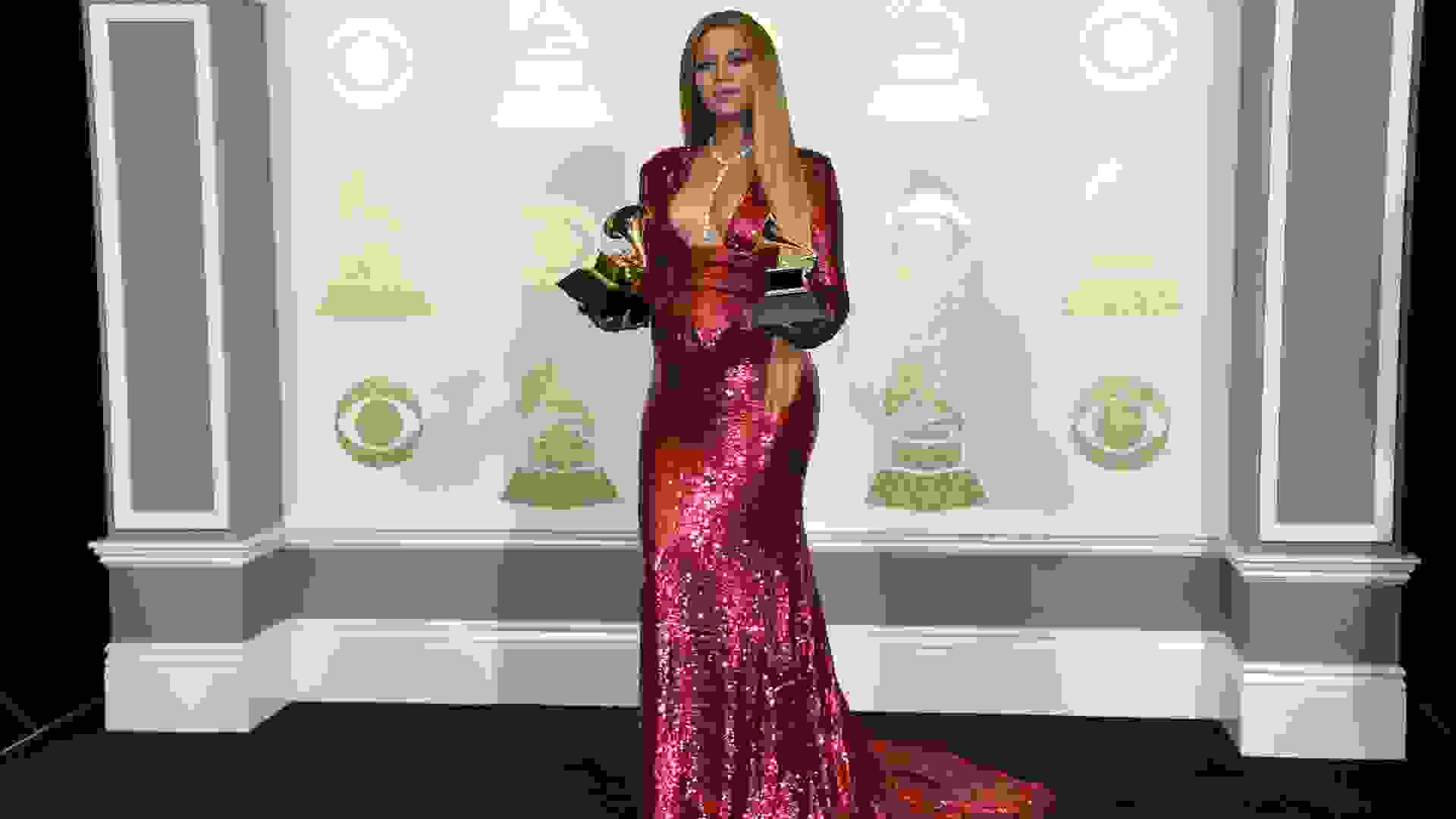 Beyoncé has always been an icon in the world of fashion, and that doesn’t stop on vacation. Page Six documented her attire on a 2018 getaway, and it wasn’t cheap. 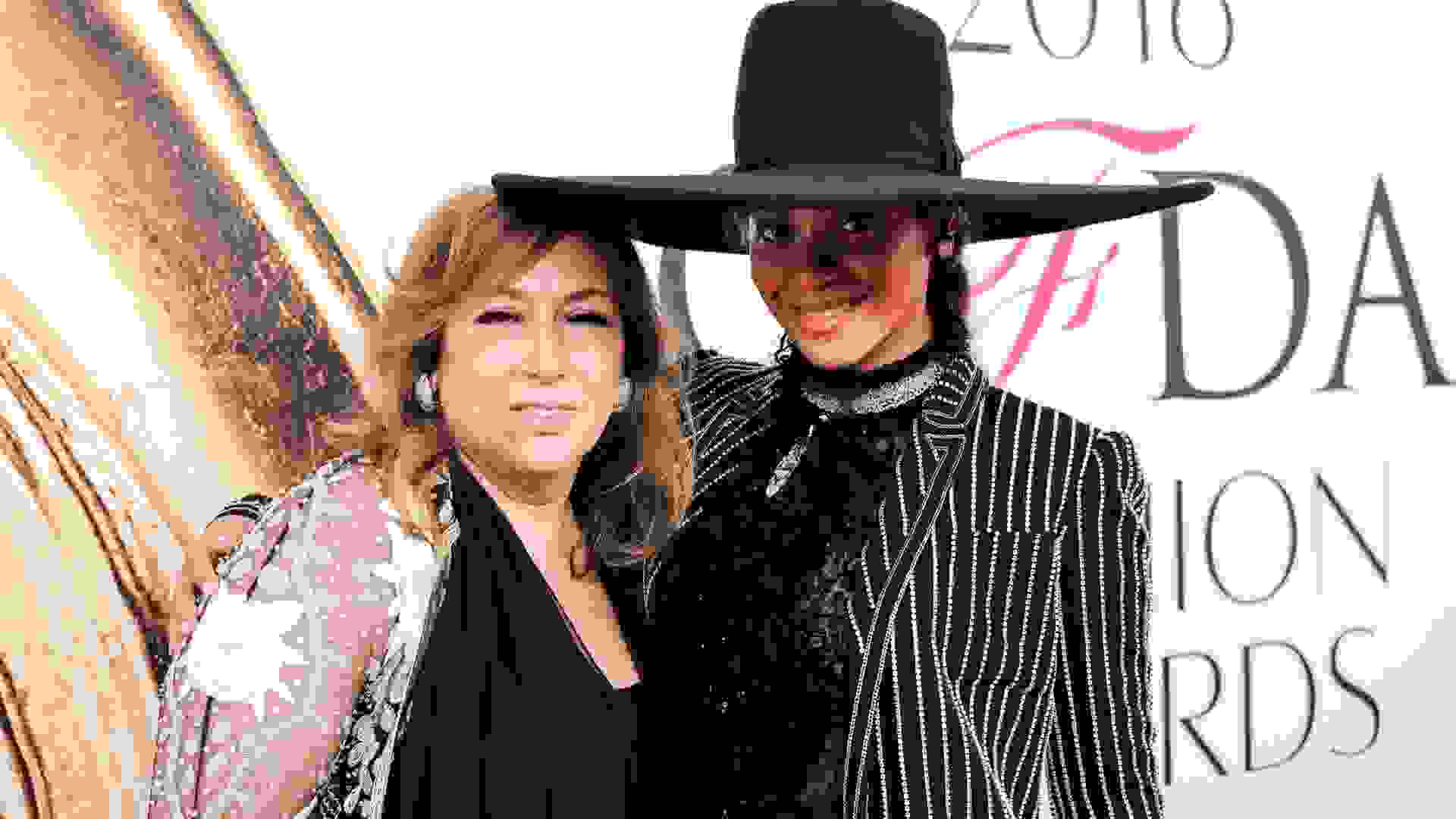 When Beyoncé makes a public appearance, she’s usually decked out in jewels, and the 2020 Golden Globes were no exception. 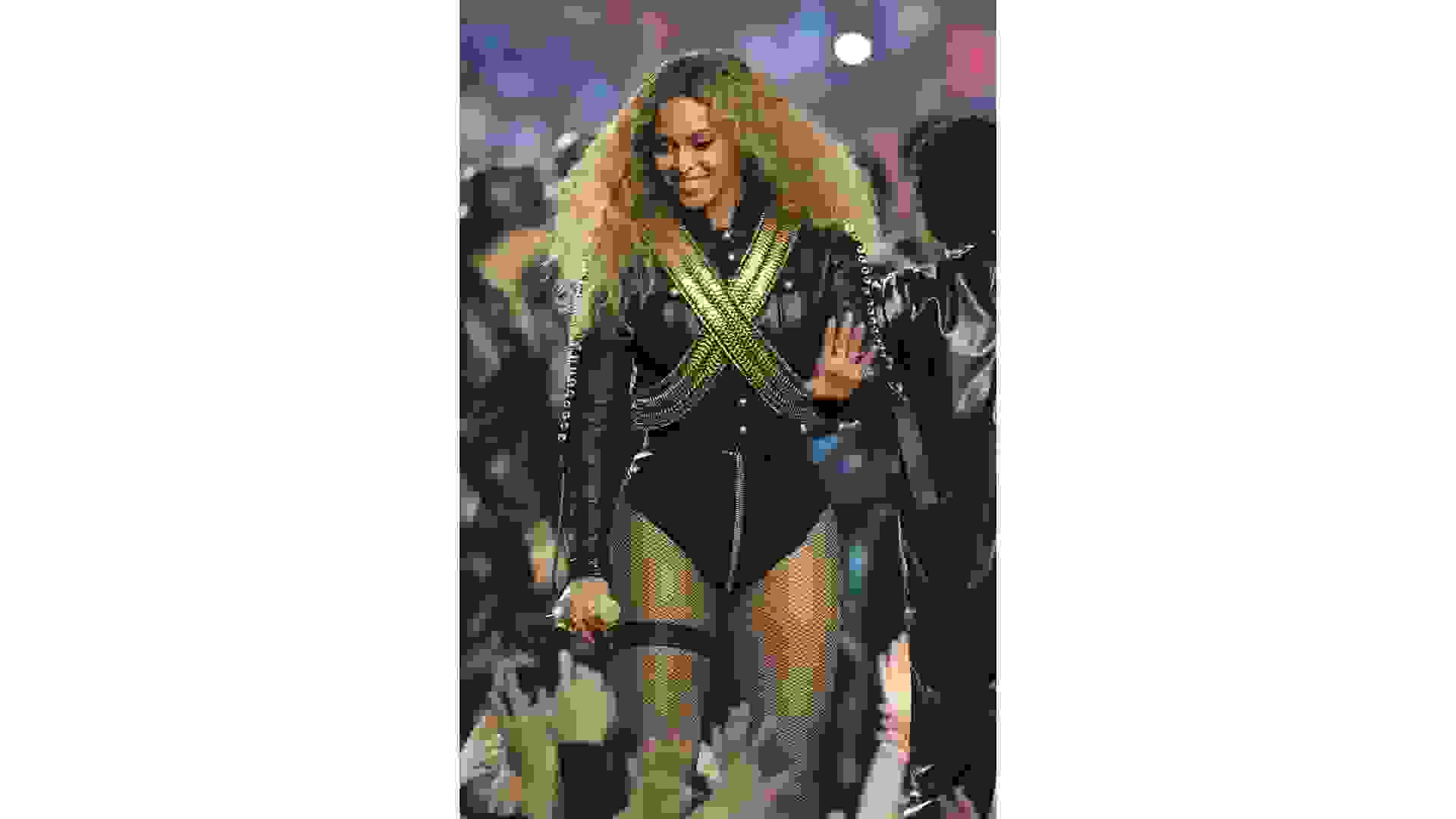 Beyoncé knows that skimping on one’s haircut is never in style. Hairstylist Kim Kimble first started working with Beyoncé in 2001 and more recently is the styling mastermind behind her 30-foot braids in the “Black is King” visual album, according to PopSugar. But her services don’t come cheap: A designer cut at Kimble’s salon costs up to $150 and creative color services start at $185. But you know Beyoncé isn’t going to a salon or being worked on by an associate.

Find Out More: Former Celebrities Who Have Normal Jobs Now 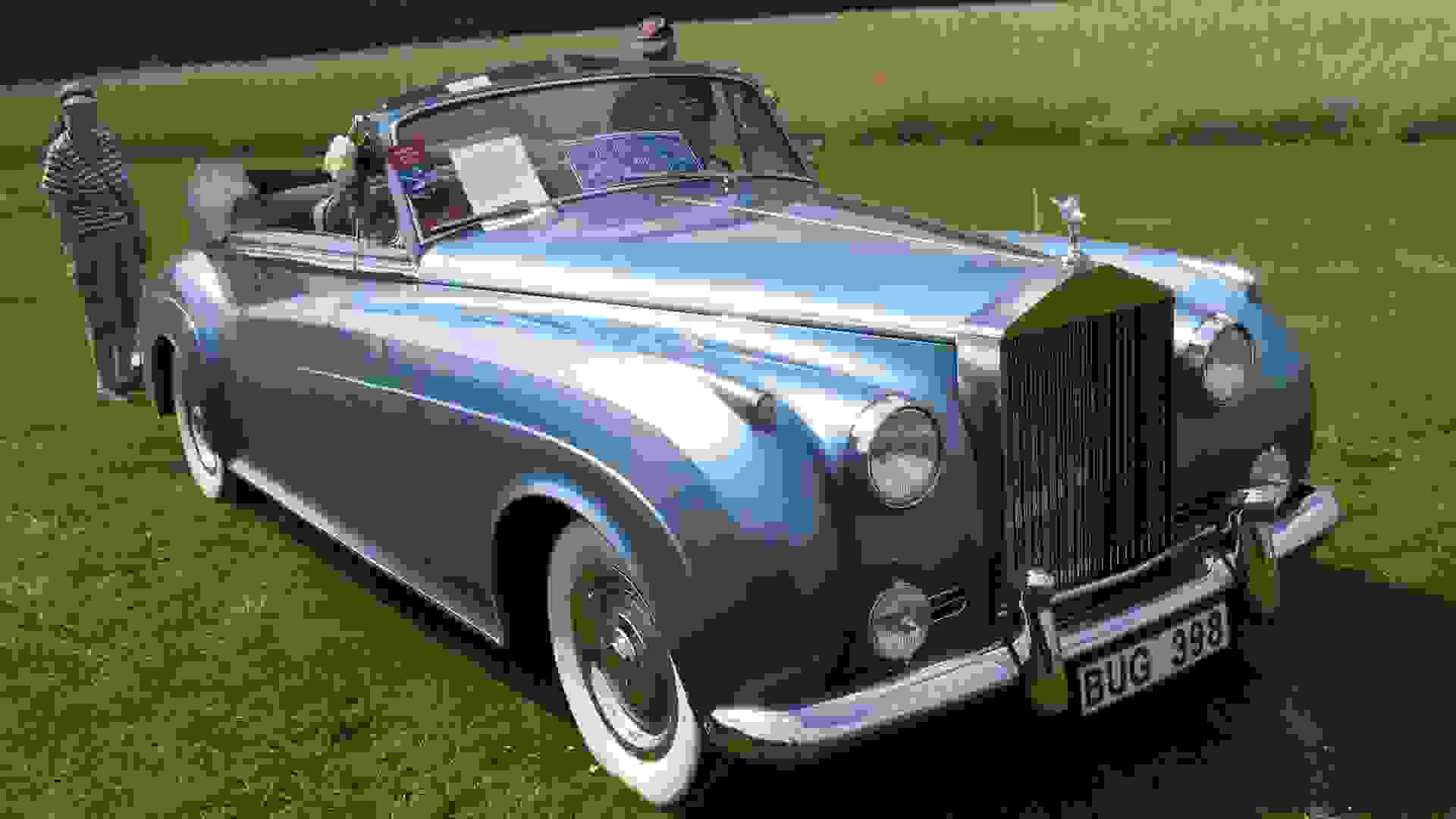 Queen B has an appreciation for vintage when it comes to cars. Beyoncé has a wide selections of cars to choose from, but her favorite is reportedly a 1959 Rolls-Royce Silver Cloud II convertible, reportedly worth $1 million, the Daily Mail reports.

Mrs. Carter apparently spares no expense on her family’s expanding automobile collection, either, as she also purchased a $2 million Bugatti Veyron Grand Sport for husband Jay-Z for his 41st birthday, Fox News reports.

In 2018, Page Six revealed Jay-Z spent $8 million on a Maybach Exelero. While these luxury vehicles offer a glimpse at the couple’s fleet, a 2019 HotCars.com article listed 15 high-end rides in their garage, including a Mercedes-Benz S Class and a Cadillac Escalade that reportedly belong to Beyoncé.

Check Out: 25 Rarest Cars in the World and Their Price Tags 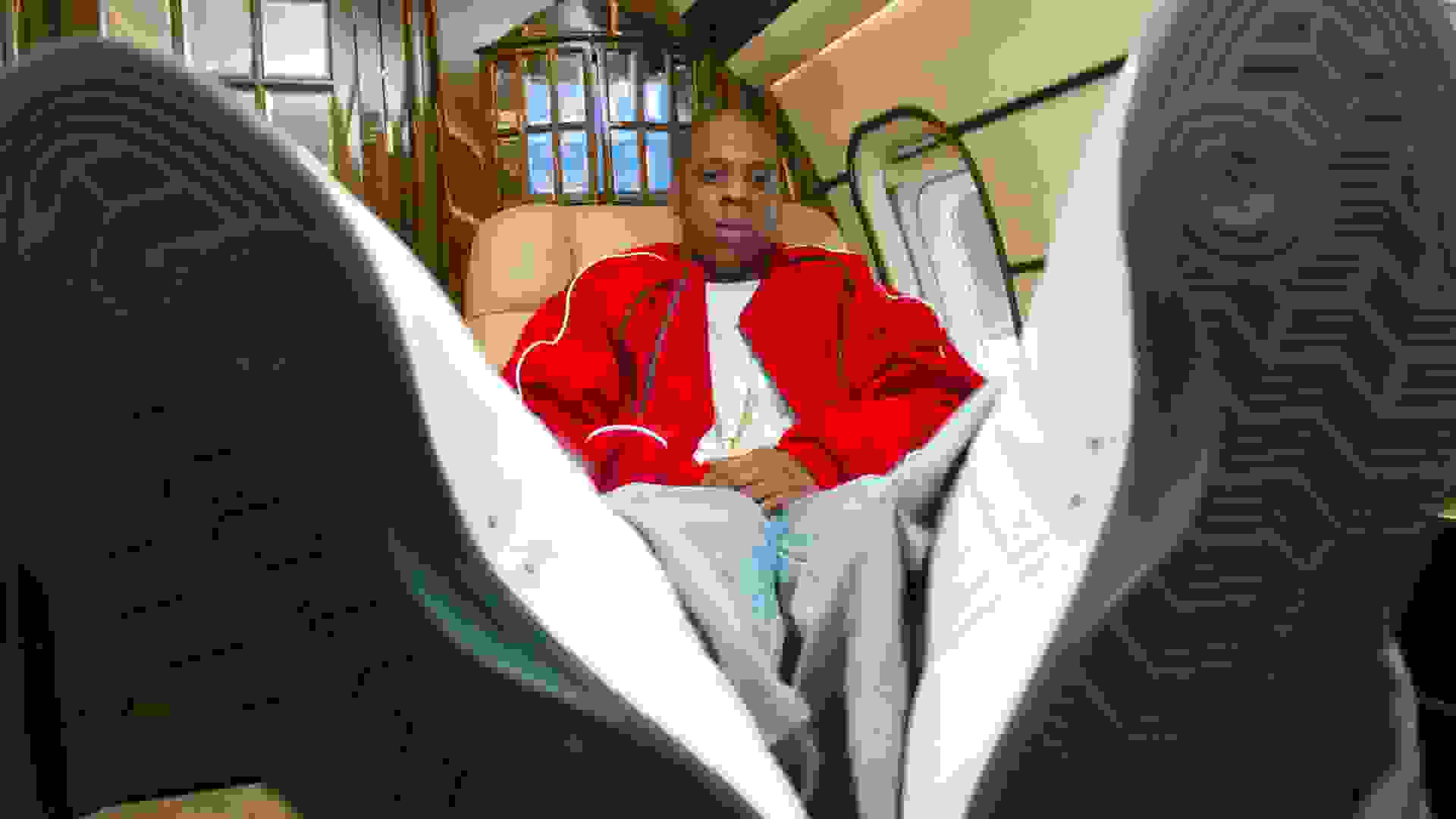 No one does Father’s Day quite like Beyoncé. The singer once gifted Jay-Z a Bombardier Challenger 850 Learjet as a Father’s Day present, Architectural Digest reports. The private jet — worth an estimated $40 million — is definitely for the extremely wealthy as it seats 15 people and has its own living room, kitchen, bedroom and two bathrooms.

Find Out: The No. 1 Thing You Should Do to Boost Your Net Worth 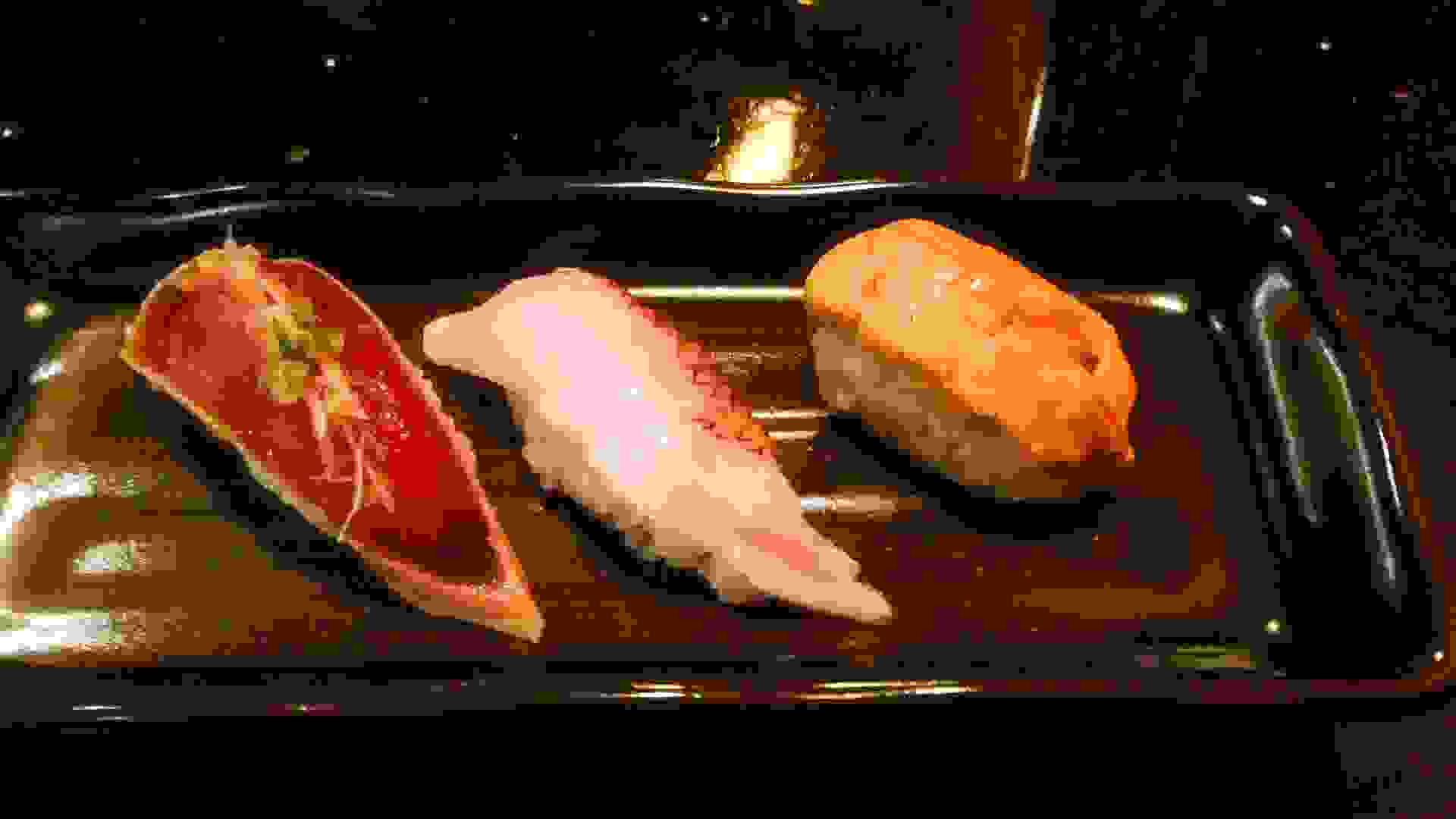 Beyoncé has eclectic — and expensive — tastes. Since the Carters put down roots in Los Angeles in 2017, she’s been spotted at several high-end eateries, including Beauty & Essex, where a classic thick cut filet costs $55; Gjelina, where a Roasted Pasture-Raised Half Chicken entrée costs $35 and Sushi Park where a takeout sushi tasting menu costs $100 per person.

Of course, it’s safe to say that Queen Bey isn’t ordering off the regular menu — so her costs are likely much more extravagant than the average diner’s. 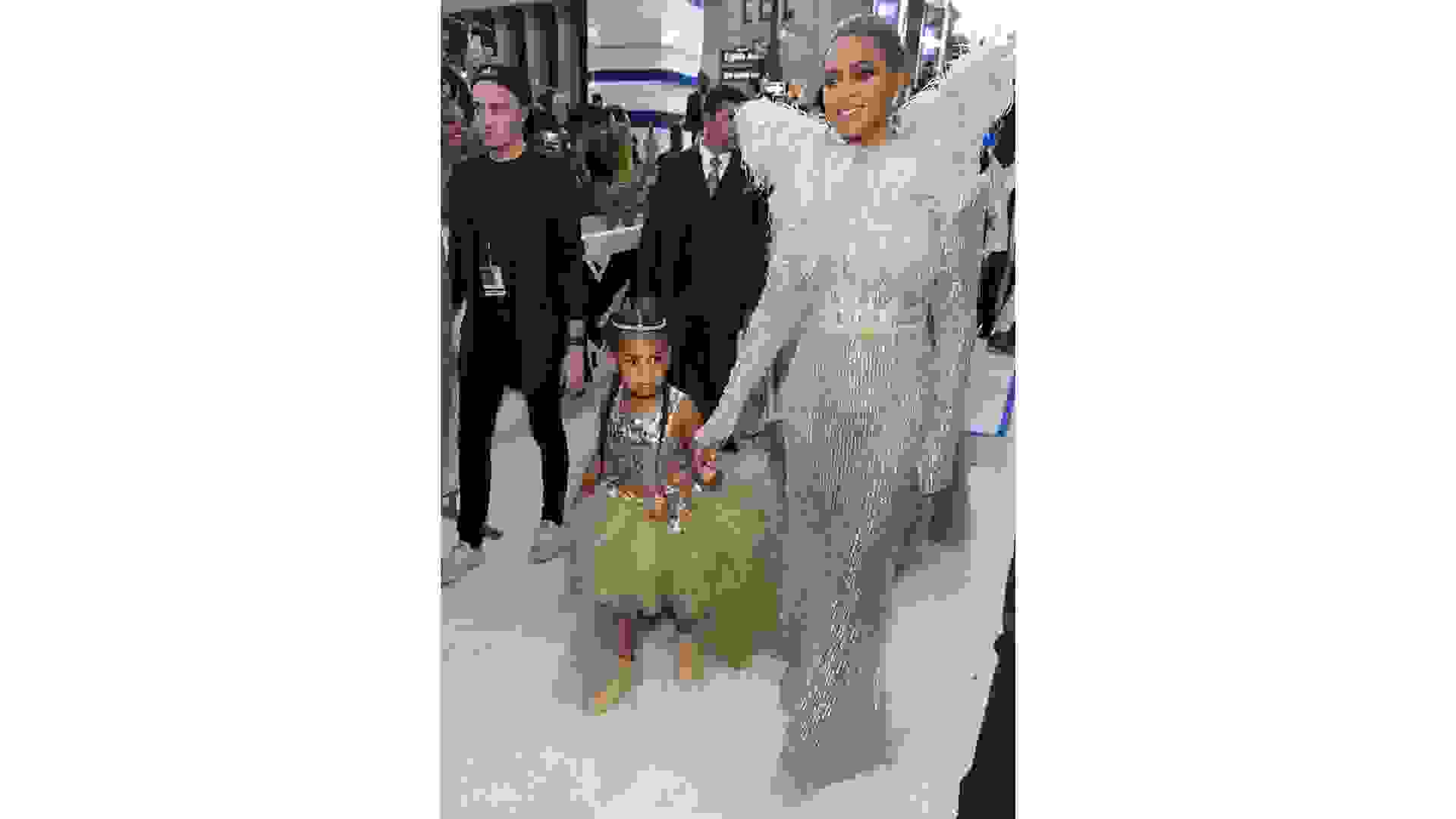 Beyoncé reportedly spends more on childcare than most people make in a year. The former Destiny’s Child member hired six nannies to help care for her twins and is paying them $100,000 each, OK! Magazine reports. The magazine also states that she hired two separate caregivers for her older daughter, Blue Ivy.

And the money she spends on her kids doesn’t end there. She also created a luxurious nursery for her twins that reportedly cost $500,000 to create, complete with $30,000 designer sheets, a $50,000 sound system and a $20,000 galaxy mural, The Daily Mail reports.

And, of course, the stylish mama makes sure her kids are well-dressed too. Blue Ivy has a designer wardrobe and has been spotted wearing a Swarovski crystal-adorned dress worth $9,000, InStyle reports. She also carried a $2,675 Valentino purse to the 2018 Grammys, which she attended with her parents, according to Elle. The young fashionista’s looks are curated by her very own stylist Manuel Mendez. 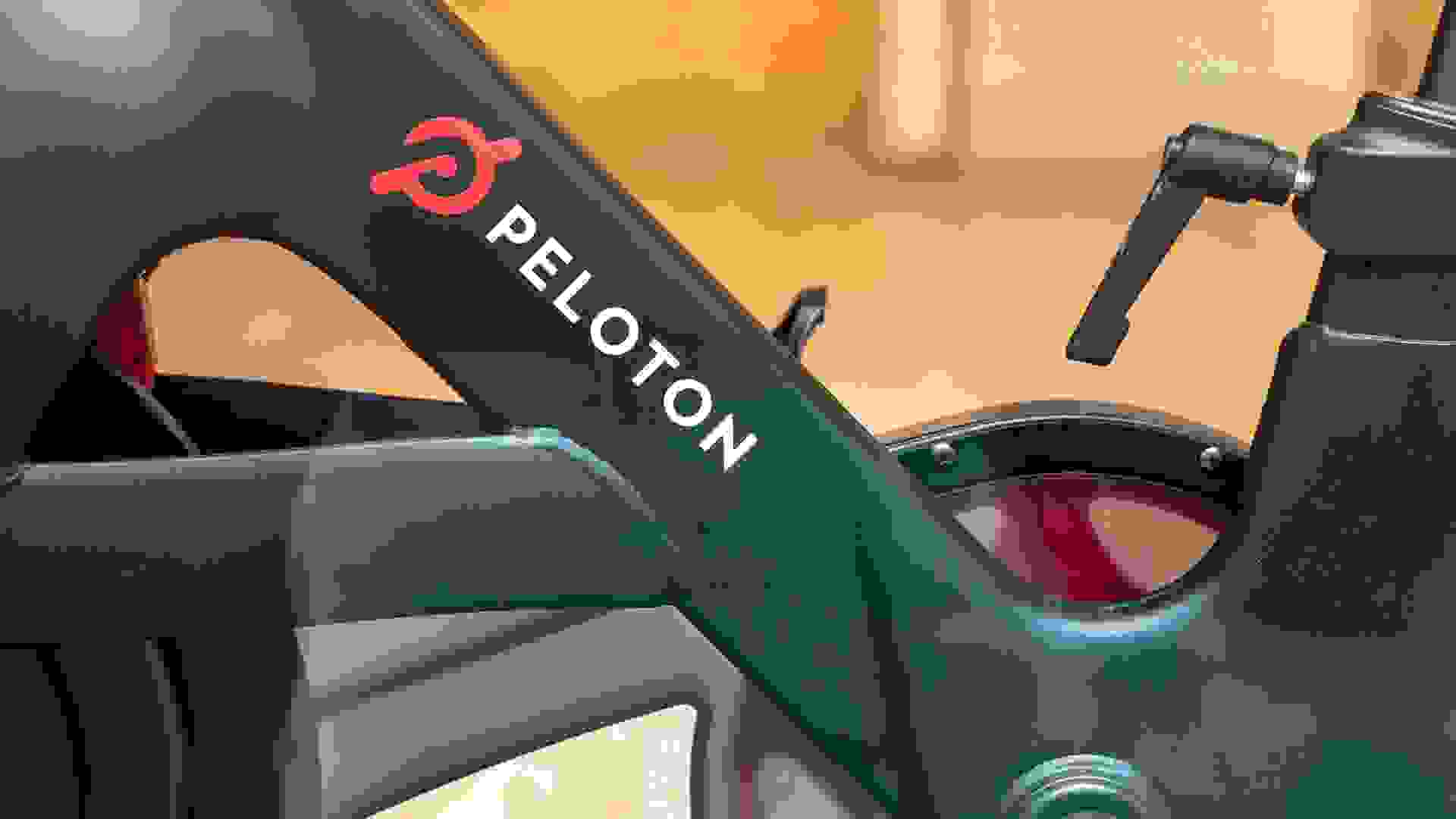 To stay in shape, Beyoncé regularly meets with her personal trainer Marco Borges. In November 2020, she also announced a collaboration with Peloton. CNN reports she has a multi-year deal with the company, that charges a minimum of $1,895 for the bike alone. 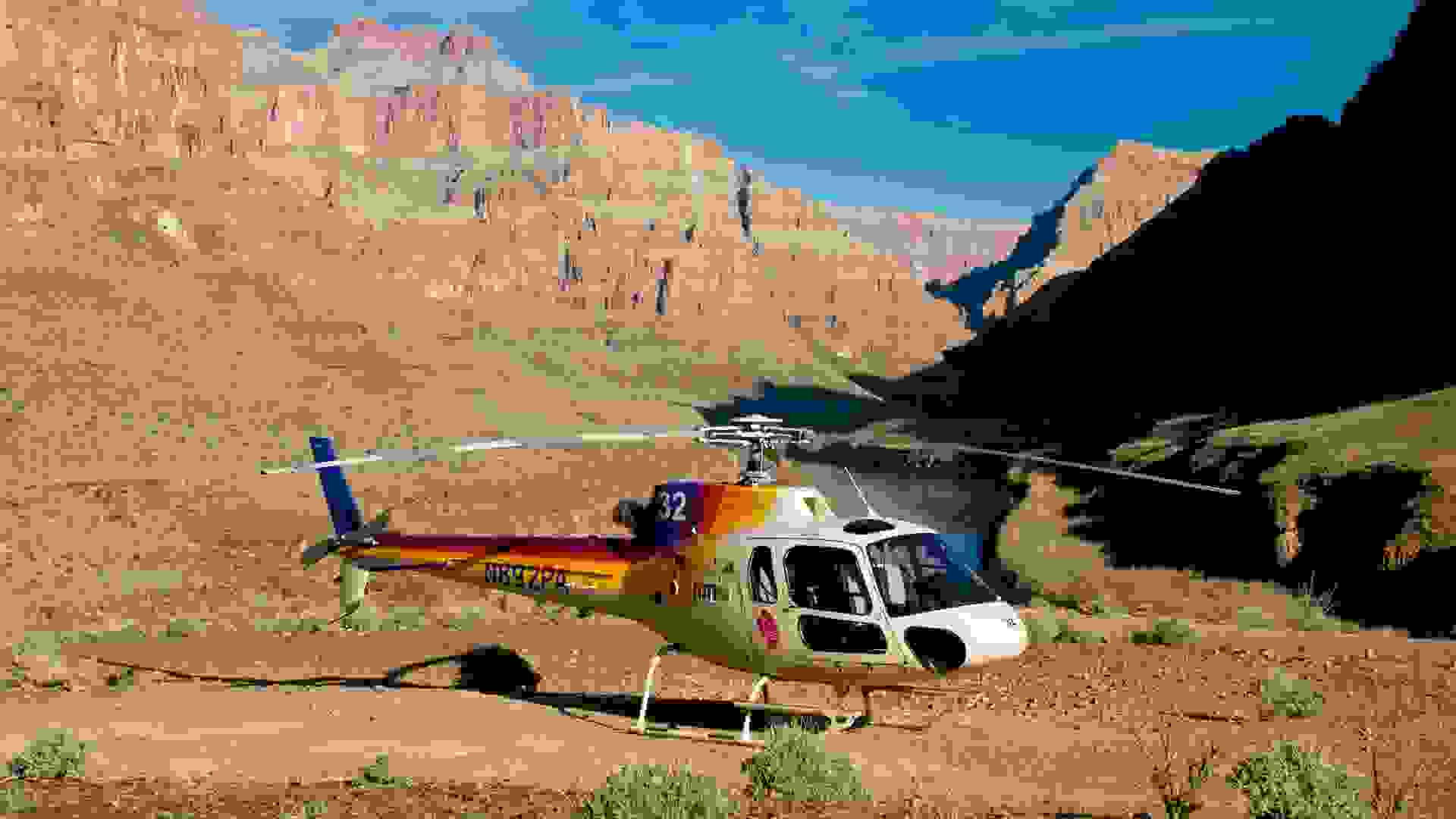 Whether she’s relaxing in a private villa in Hawaii, celebrating her anniversary with a helicopter tour of the Grand Canyon or taking a luxurious vacation in Italy, Beyoncé always travels in style.

In September 2020, Beyoncé, Jay-Z and their kids enjoyed a European vacation aboard a luxury mega-yacht that rents for $2 million per week, according to TMZ. Named LANA, the ship is longer than a football field, and features eight en-suite staterooms, 7 VIP rooms and a master suite — with room for 12 guests and 34 crew members. 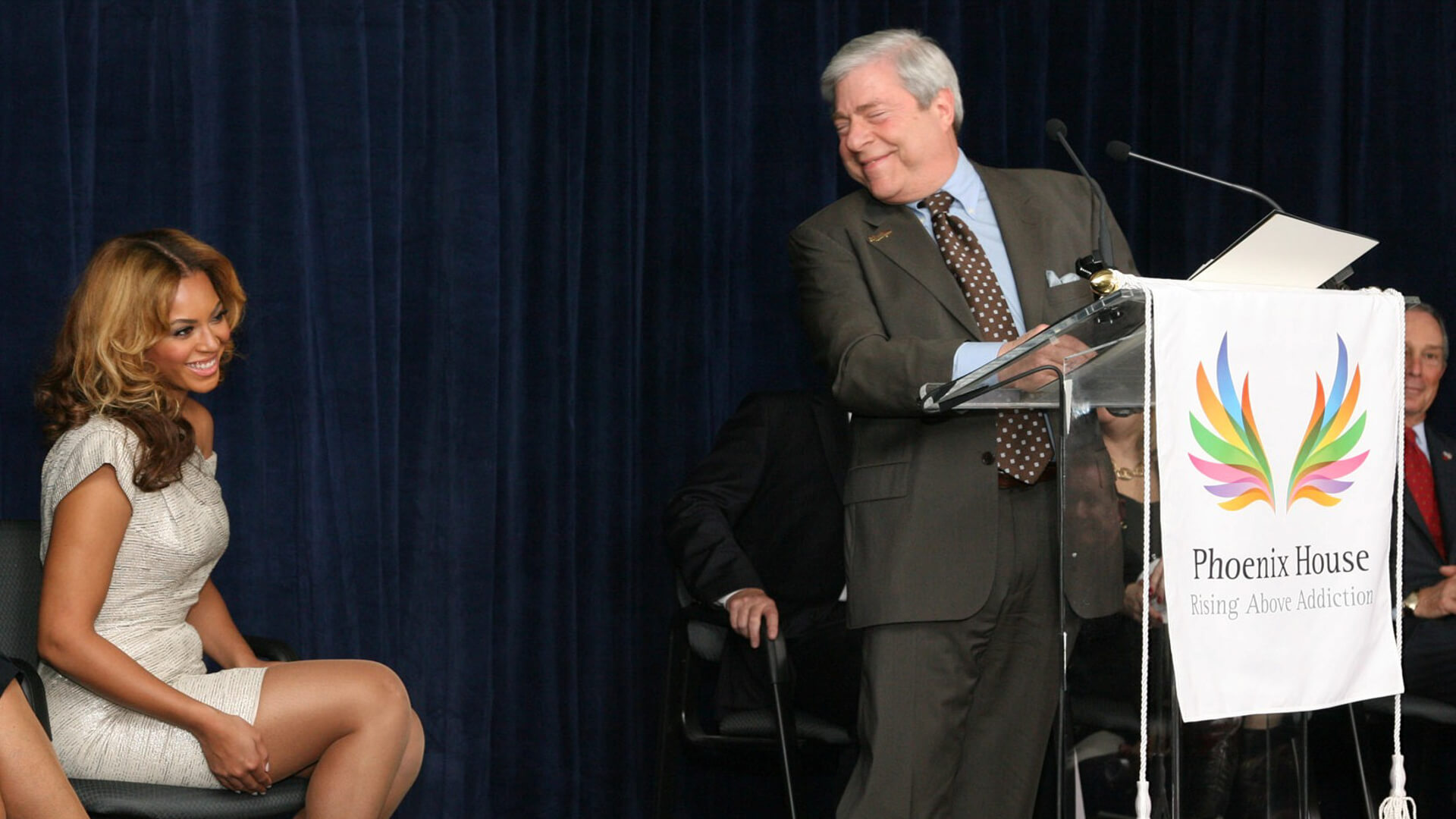 Although she spends millions on herself and her family, Beyoncé has actively worked with numerous charities and has given several multimillion-dollar donations to causes she is passionate about.

While working on the film “Cadillac Records” in 2009, Beyoncé learned about the Phoenix House rehabilitation center. She was so impacted by their work, she donated her $4 million salary from the movie to the facility, Essence reports. In addition, she opened an affiliated cosmetology school to help residents acquire new skills.

She also helped victims of the Houston floods by opening the Knowles-Temenos Place apartments to house displaced residents. She has spent $7 million to fund the apartment complex, the magazine reports.

In addition, Beyoncé has taken a charitable trip to Haiti, started the GoodFoundation to help raise money for various causes and held a food drive during her 2006 tour.

More recently, in April 2020, her BeyGood initiative partnered with Twitter CEO Jack Dorsey’s #startsmall initiative on a $6 million donation for coronavirus relief. The money went to essential workers and people affected by the COVID-19 outbreak, including communities of color disproportionately impacted by the pandemic.

Photo disclaimer: Photos are for illustrative purposes only. As a result, some might be representational and not reflect the specific companies listed in this article. 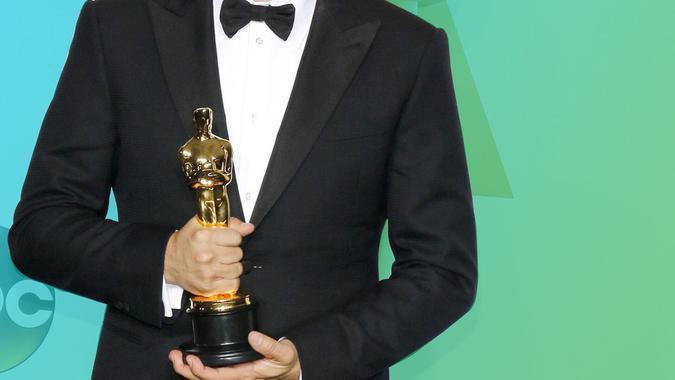 > Net Worth > Celebrities > It Costs Big Money to Be Beyoncé