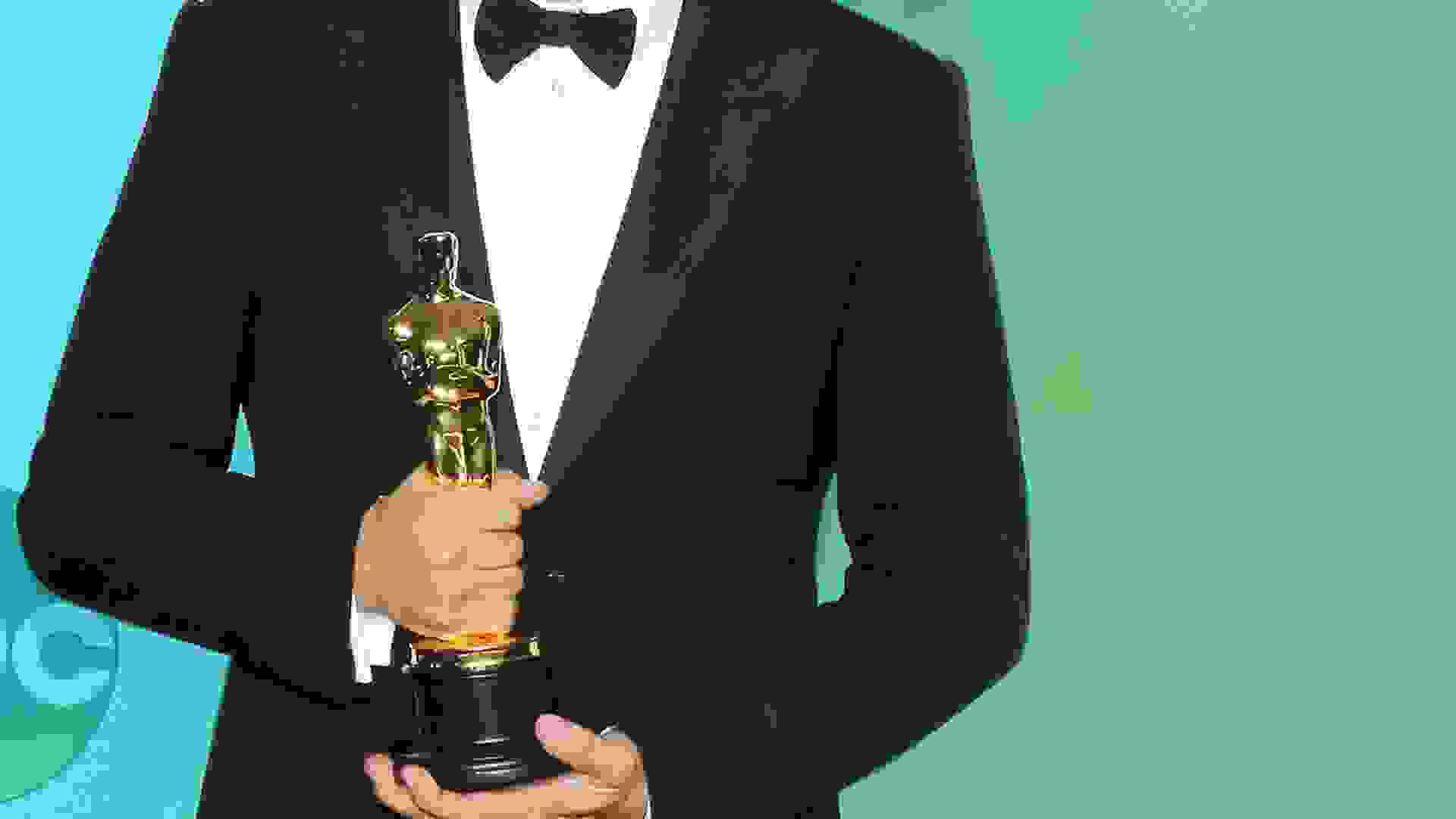 Earning a prestigious award such as a Grammy, Oscar, Golden Globe or Emmy can boost an entertainer’s career — and earning potential. But aside from the added clout, how much are the awards themselves really worth? Not surprisingly, most of the statuettes cost hundreds of dollars to make, as they’re all made from real precious metals. But when it comes to resale value, some are worth significantly more than others.

Take a Look: The Richest Oscar Winners From the Last Decade

Last updated: March 2, 2021
Make Your Money Work Better for You 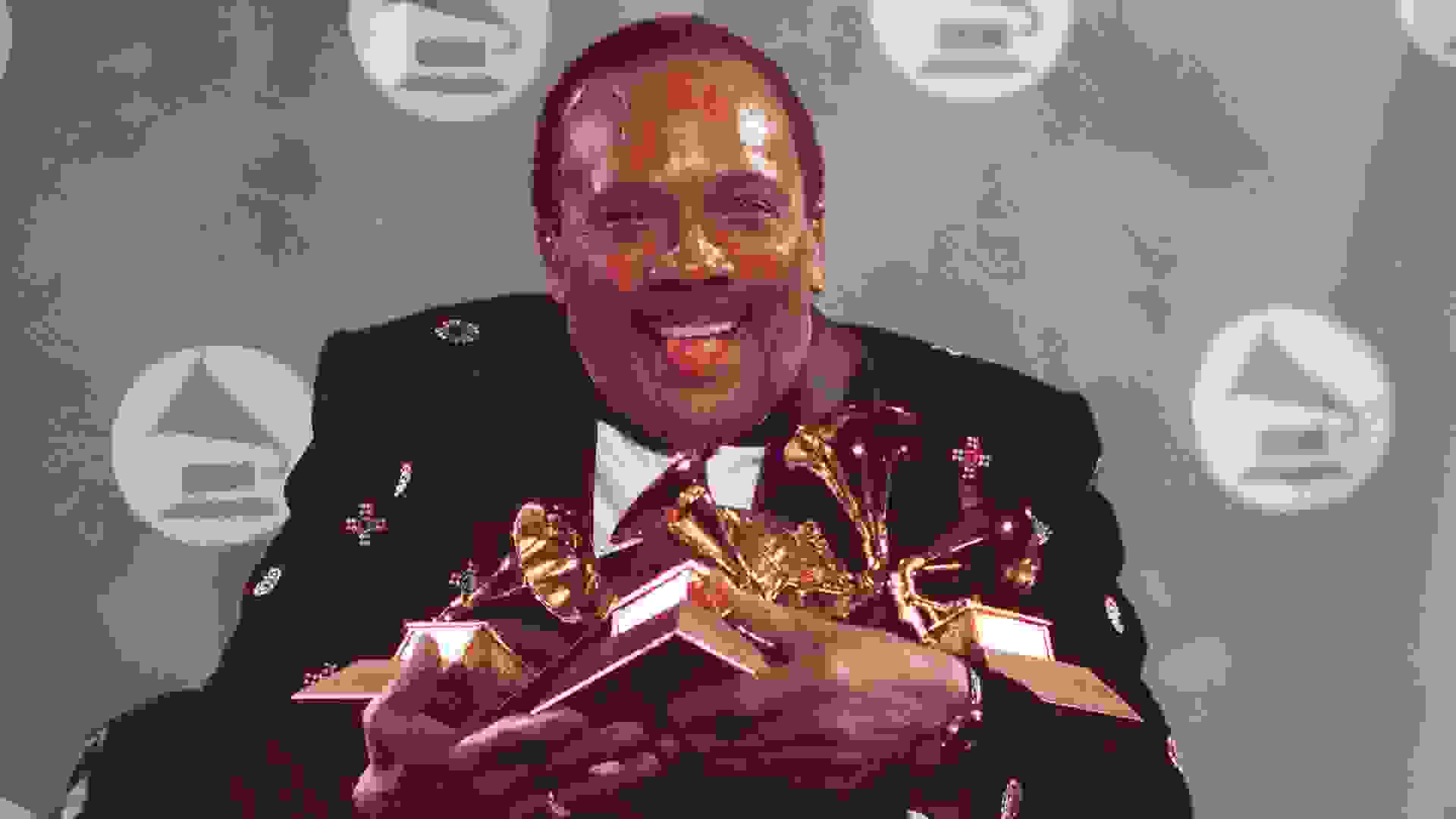 All the Grammy Awards that will be given out on March 14 originate with one man: John Billings, who handcrafts them at his shop in Ridgway, Colorado, Syracuse.com reported. The statuettes are crafted from a strong zinc alloy — which Billings has dubbed “Grammium” — and are then gold-plated. Based on the cost of the materials and the 15 to 20 hours of labor that go into each statuette, Vocativ reported that Desmond Barlow, an engineer at die-casting company Cast-Rite, estimated the cost per award at $15, plus extra manufacturing costs. Once the statuette has been awarded, its actual value drops to $0, as the Recording Academy has banned the resale of its awards, TMZ reported.

Although the award itself is worthless, it still has a definite monetary value for winners due to the phenomenon known as the “Grammy bounce.” According to Forbes, a sampling of performers and producers who won a Grammy saw a 55% boost in concert ticket sales and producer fees in the year following their win.

Check Out: Joaquin Phoenix and 19 of the Richest Oscar Nominees Who Never Won an Award 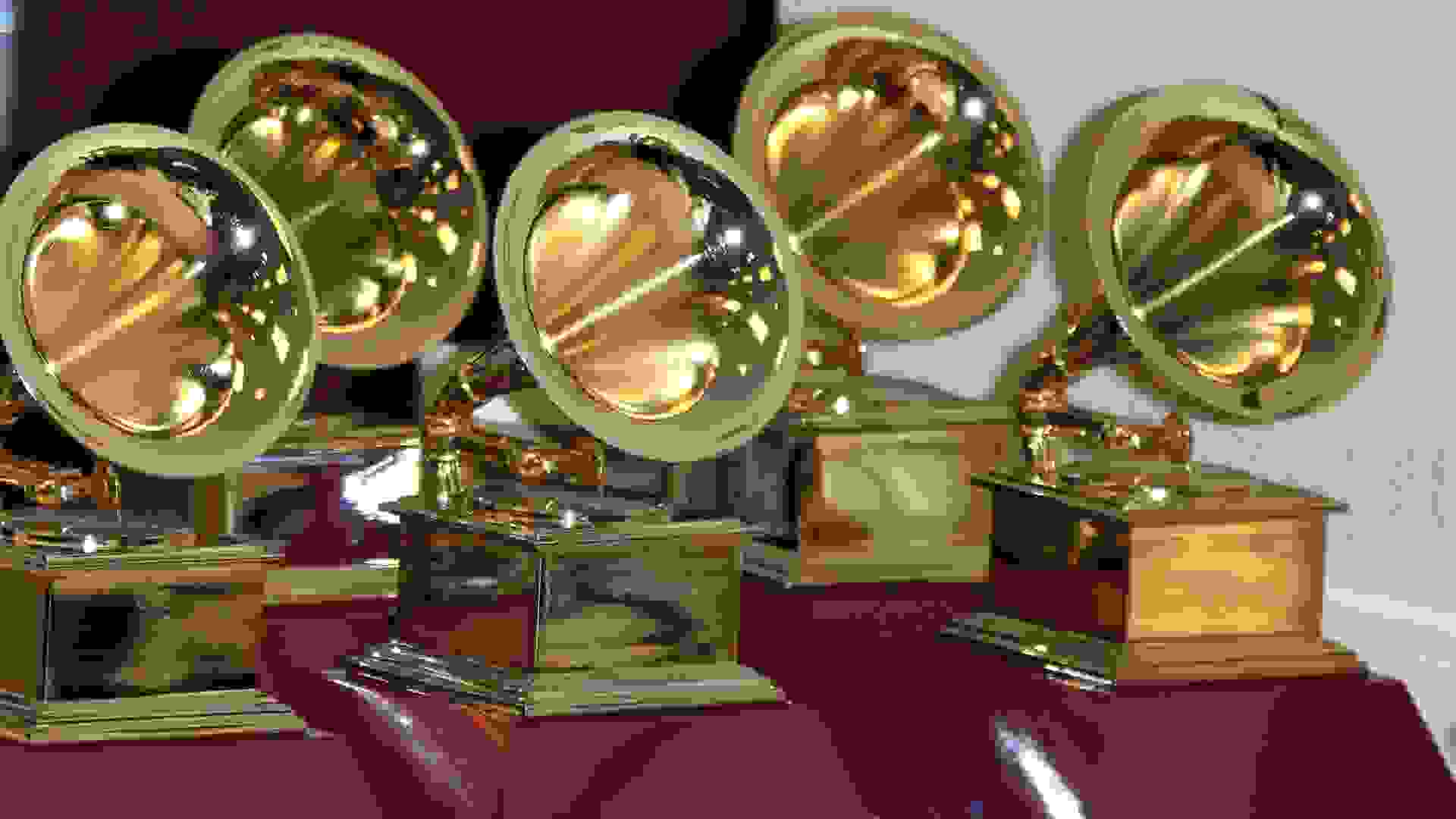 Grammy Awards will be given in 83 categories at the 63rd annual ceremony in 2021, bringing the minimum cost of all the statuettes created for the show to $1,245. That number is based on the $15-per-statuette estimate and doesn’t include additional manufacturing costs, and doesn’t account for categories where more than one statuette will be given out (i.e., when a musical group or producing team wins).

Read: Celebrities Who Are Richer Than You Think 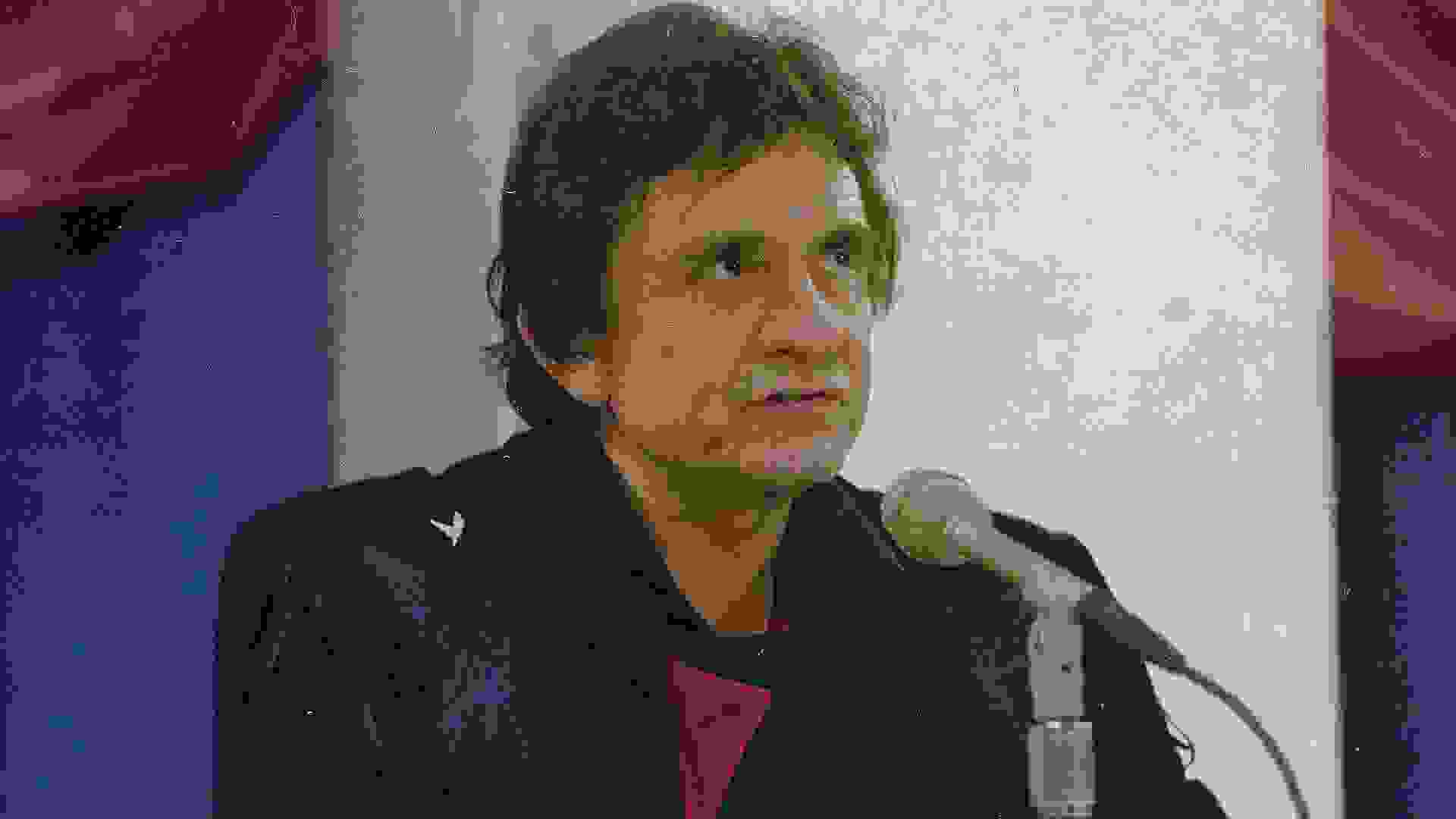 Although the Recording Academy has reportedly banned the resale of Grammy Award statuettes, some have been sold at auction. In 2004, a 1986 best spoken word or nonmusical recording Grammy awarded to Johnny Cash for a collaborative album called “Class of ’55: Memphis Rock & Roll Homecoming” was sold by Sotheby’s for $187,200. The sale of the statuette was part of an auction of property from the estate of Johnny Cash and June Carter Cash.

See: 30 Celebrities Who Went From Rags to Riches 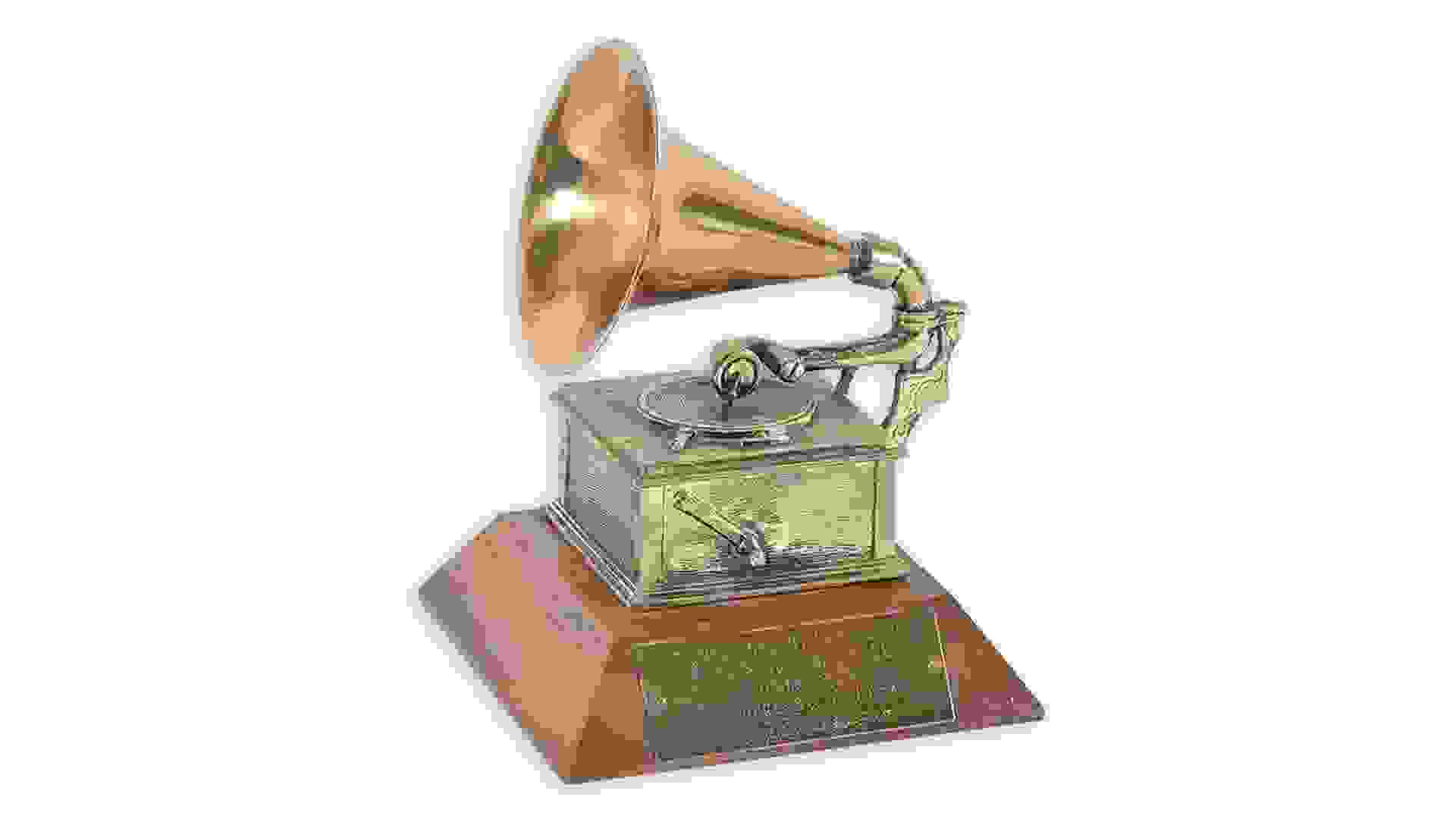 In May 2015, a Grammy auction conducted by Nate D. Sanders fetched $62,500 for a statue that was given out at the first-ever Grammy Awards ceremony back in 1958. The statue originally belonged to guitarist Dave Burgess of The Champs, who won the best rhythm and blues performance Grammy for the song “Tequila.” 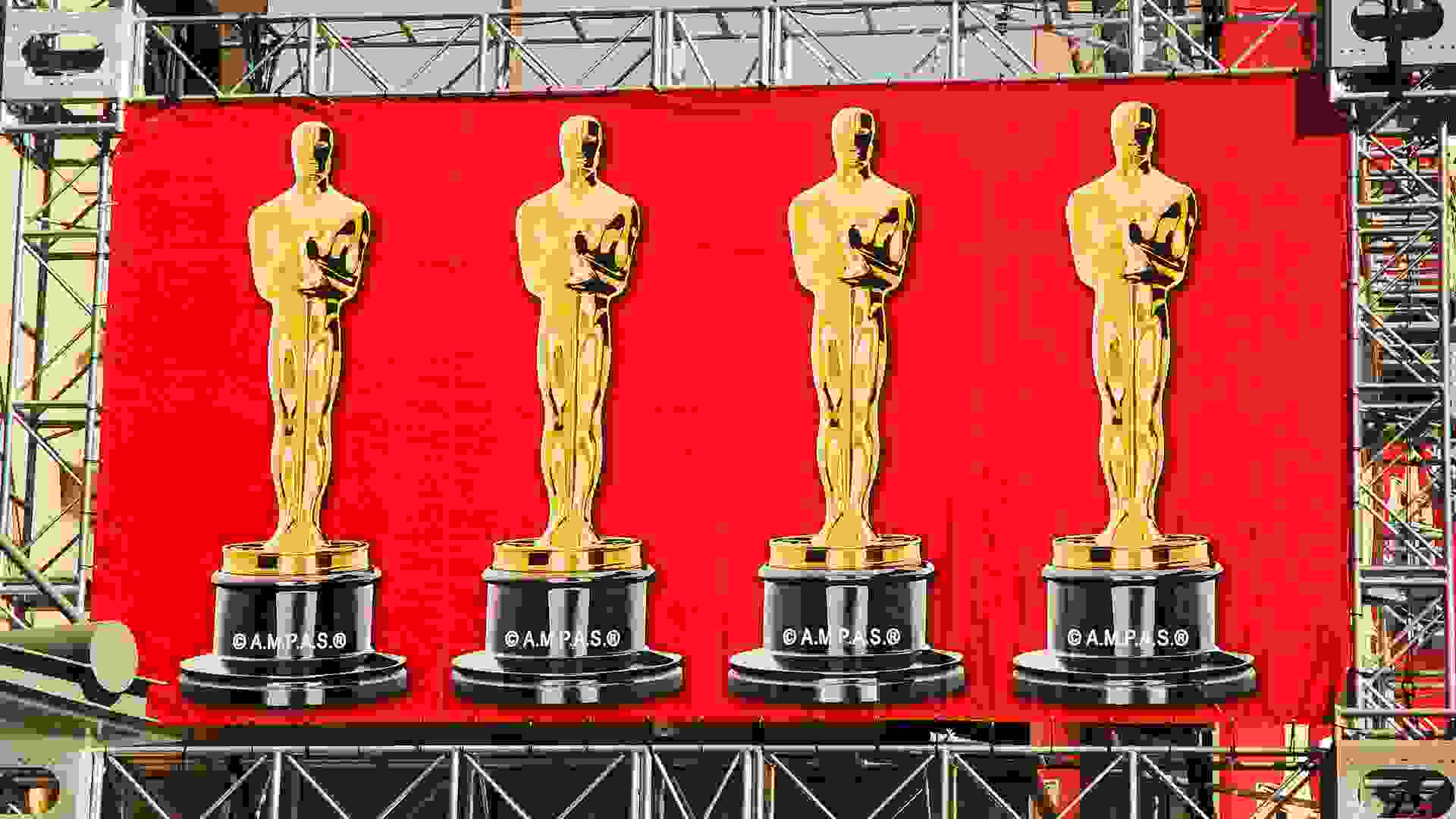 Oscar statuettes cost $400 to produce, reports CBS News, and they’re made of solid bronze and plated in 24-karat gold. However, the value of the award is actually only $1 due to a 2015 court ruling that states that it must first be offered to the Academy of Motion Picture Arts and Sciences for $1 before an Oscar statuette can be put up for bid, Entertainment Weekly reports. Its value has actually dropped over the years: The value was $10 at the time of the ruling but has since declined. 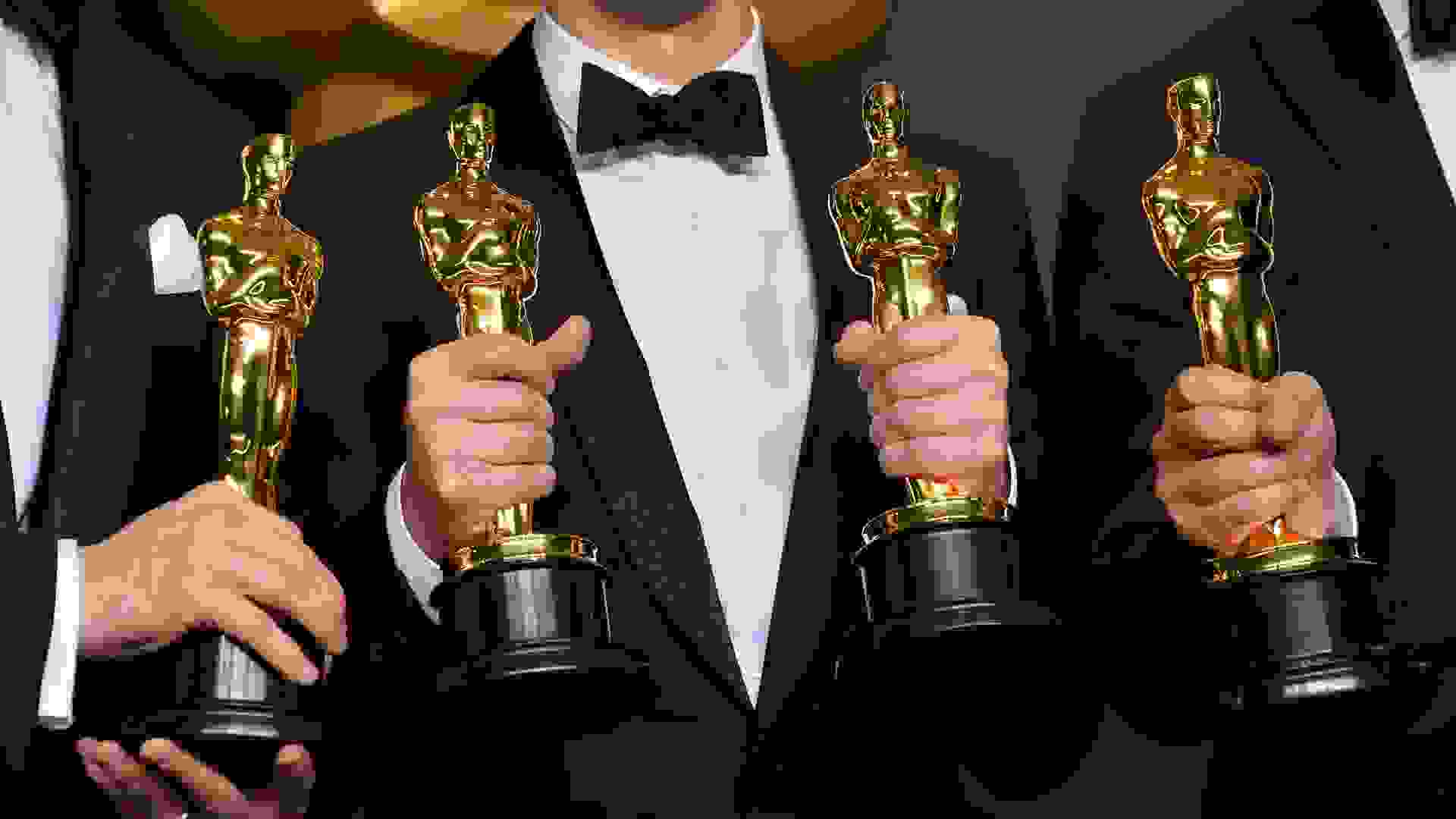 Statuettes are given to Oscar winners in 23 categories, bringing the minimum cost of the awards given out to $9,200. The real cost is actually greater, as some categories, such as best screenplay and best visual effects, can be given to multiple people. In addition, the Academy makes extra statuettes each year to account for ties and the possibility of multiple recipients in some of the categories, since they are not privy to the winners before the live envelope opening.

Find Out: 18 Celebrities Who Lost It All 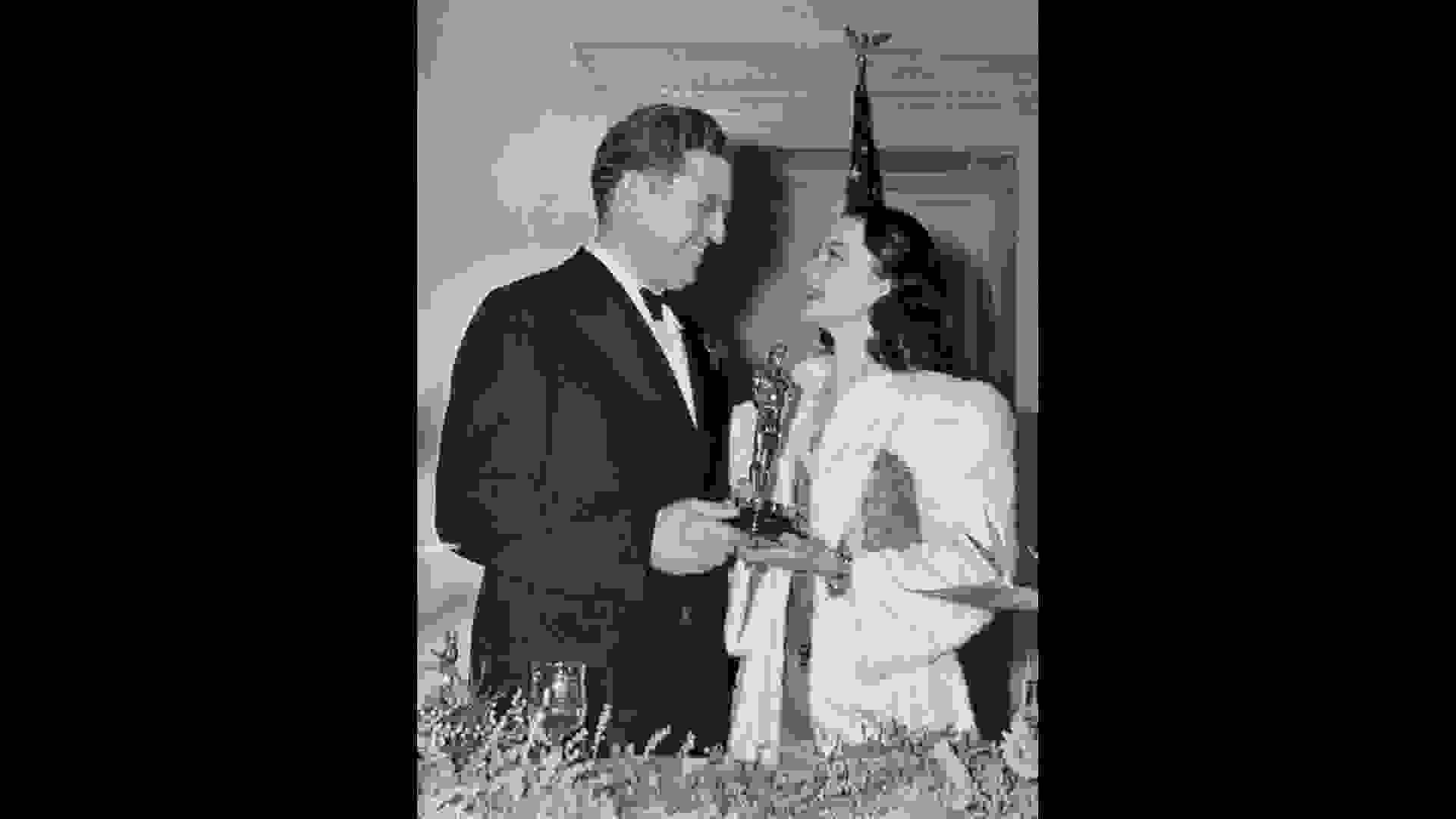 The most expensive Oscar ever sold at auction went to Michael Jackson, who bought producer David O. Selznick’s “Gone With the Wind” best picture statuette for $1.54 million at a 1999 Sotheby’s auction. After the singer’s death in 2009, the statuette was considered missing as no one knew where he stored it, The Hollywood Reporter reports. A representative for the estate told THR they were hopeful the statuette would be found so it could be reclaimed by his children. 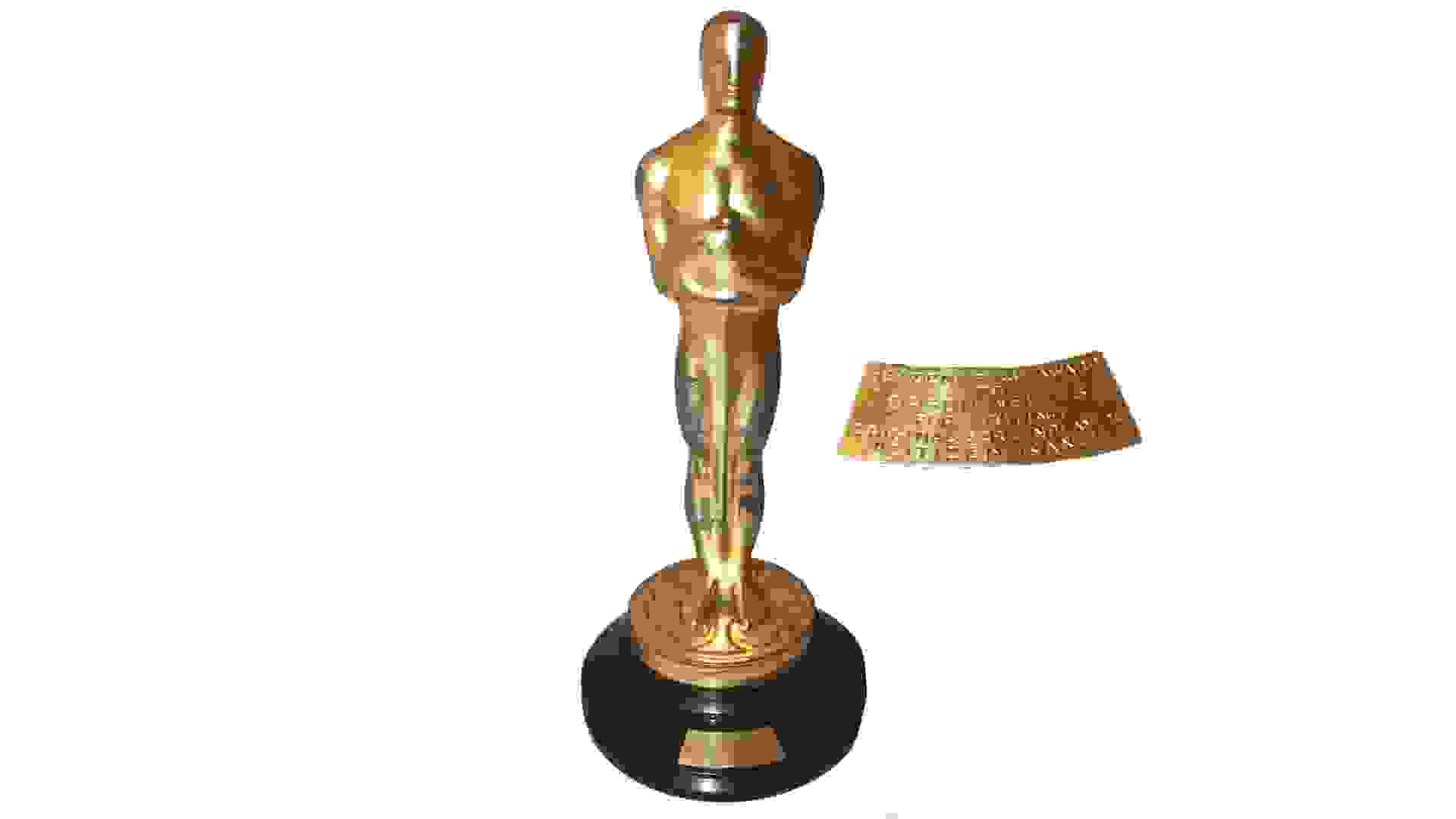 Orson Welles’ 1942 best screenplay Oscar for “Citizen Kane” sold for nearly $1 million dollars at auction, but the statuette had been embroiled in legal battles for years before being sold to its final owner in 2011, AOL reports. The Oscar went missing and resurfaced 10 years after his death in 1994 when a cinematographer attempted to sell it at auction. Welles’ daughter Beatrice sued for repossession, won and then tried to auction it off in 2003.

However, the Academy sued Beatrice, as they had banned the selling of statuettes — except back to the Academy — in 1950. But because Welles won the award before that rule was put into place, the statuette was able to be auctioned off. It was ultimately sold by Nate D. Sanders’ auction house for $861,142. 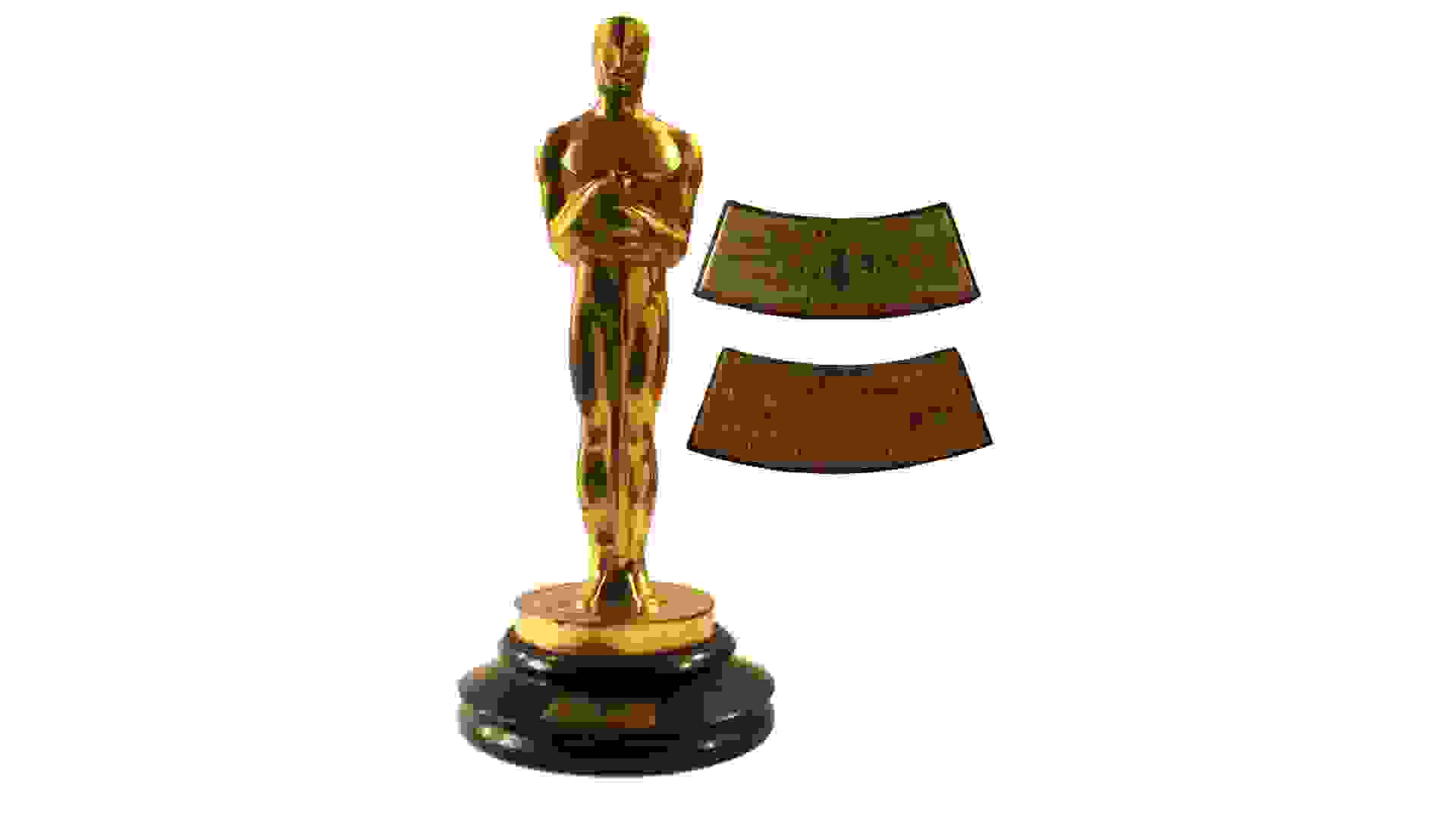 The best screenplay Oscar for “Citizen Kane,” awarded to Orson Welles’ writing partner Herman Mankiewicz, was also a big winner at auction. His statuette sold for $588,455 at an auction held by Nate D. Sanders in 2012. 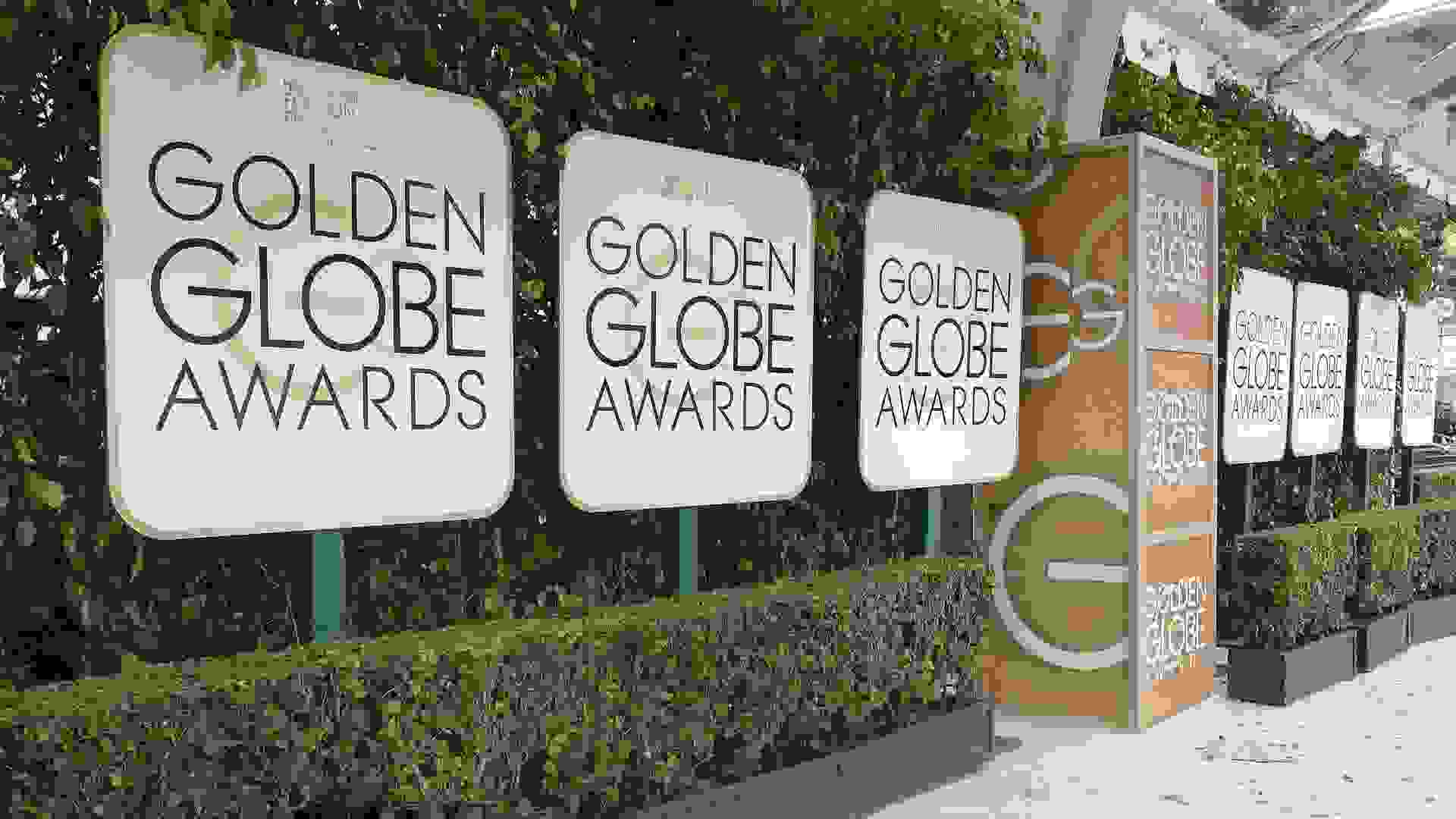 The Golden Globe Awards statuettes are created at a small factory in Oklahoma, where the six artisans who make up Society Awards work with high-tech machines to create each one, MarketWatch reports. All of the artisans are college-educated, and many have electronic engineering degrees that enable them to work with sophisticated machinery. The $800 cost accounts for the level of skill of the people who create them and also the materials used: The statuettes are made of marble and zinc and are covered in genuine gold. 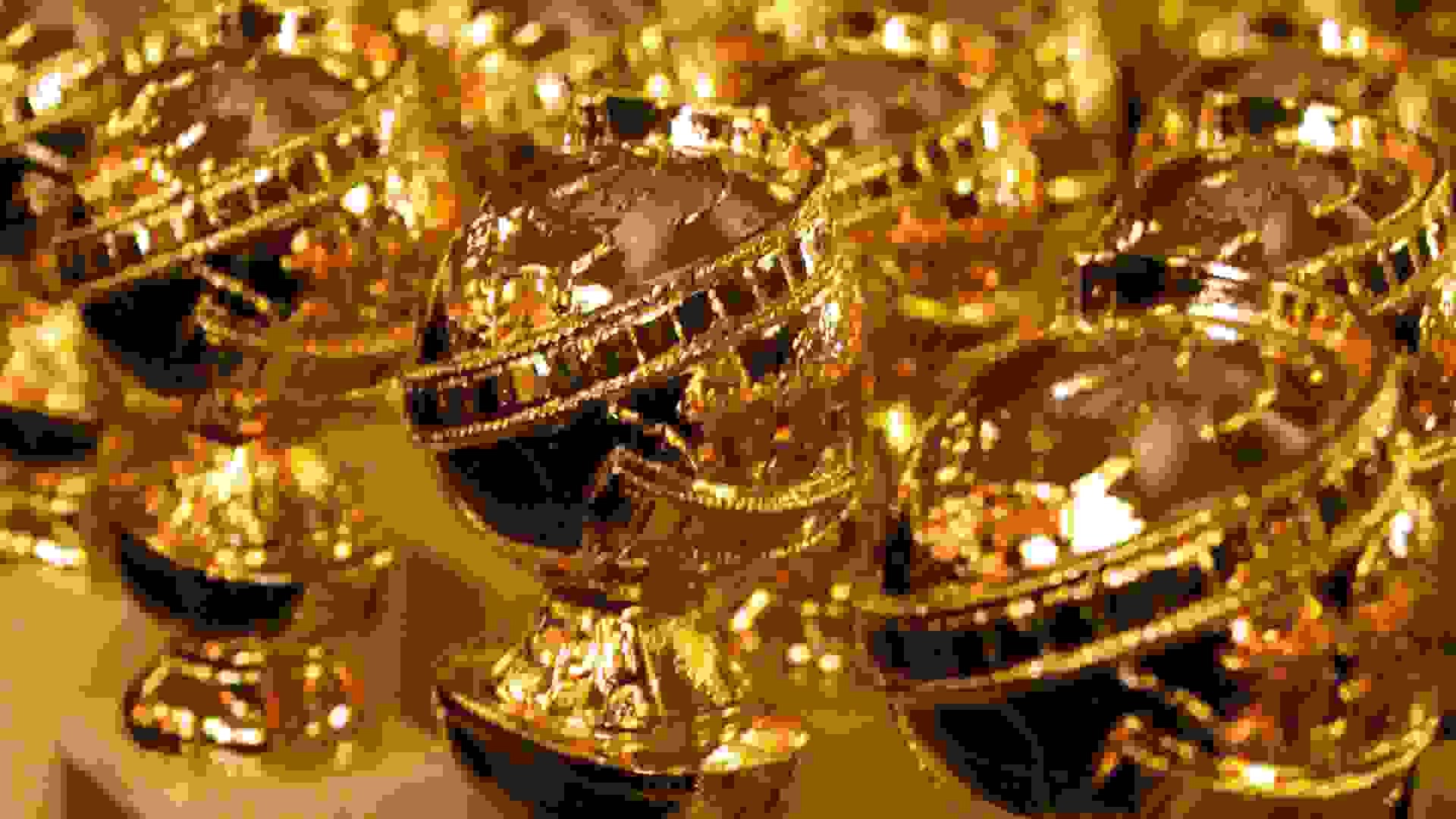 The Golden Globes give out awards in 25 categories plus the Cecil B. DeMille Award, bringing the total minimum cost of the statuettes for the show to $20,800. However, MarketWatch reports that Society Awards produces 100 statuettes for each show, which is likely to account for multiple people winning in each category or ties. That means the actual total cost of the awards is closer to $80,000. 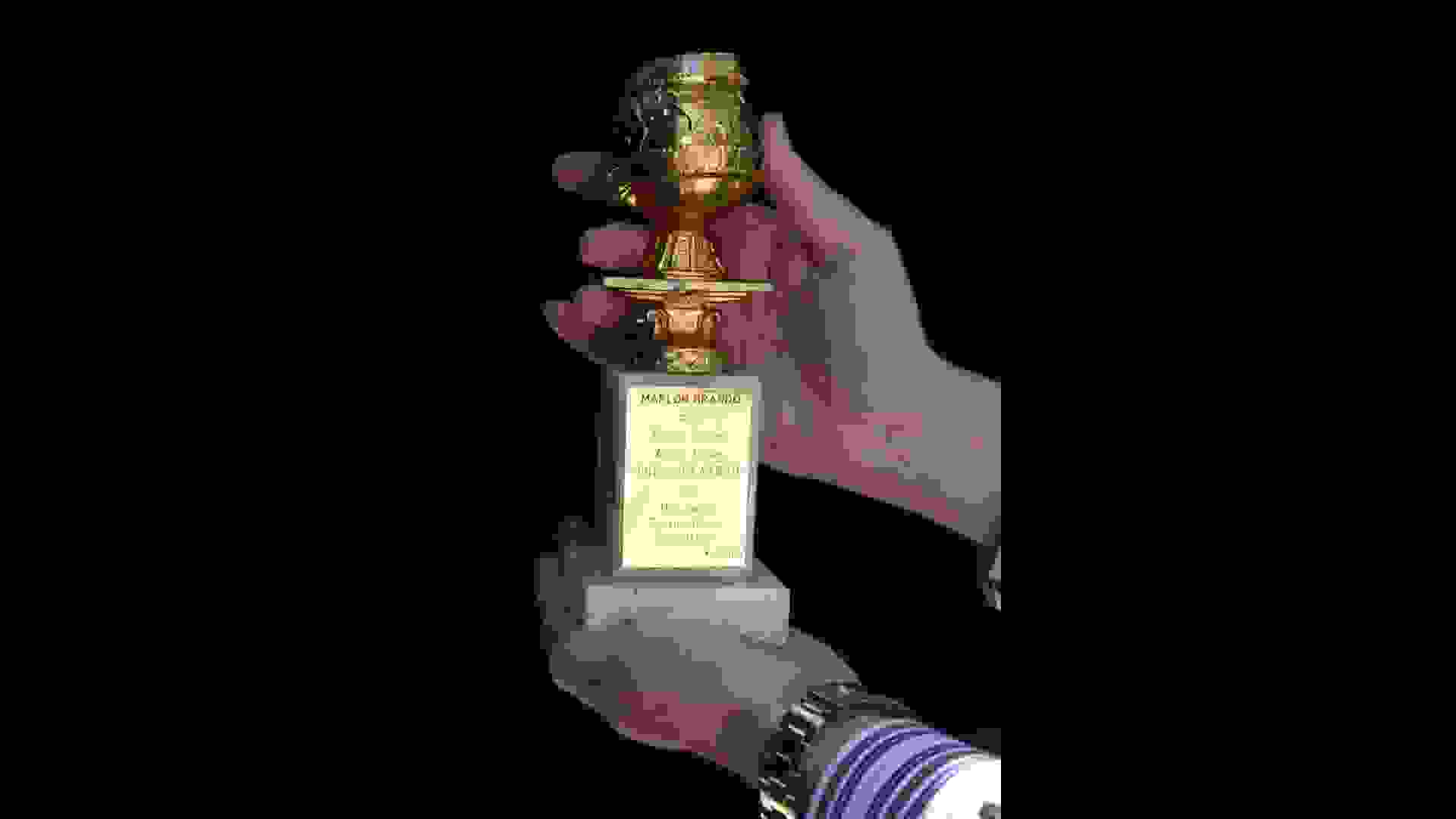 Marlon Brando’s 1955 Golden Globe for best performance by an actor in a motion picture – drama for “On the Waterfront” was sold for $68,500 at a 2013 auction conducted by Heritage Auctions, The Hollywood Reporter reports. According to the report, the award sold for tens of thousands of dollars despite scratches on its marble base. 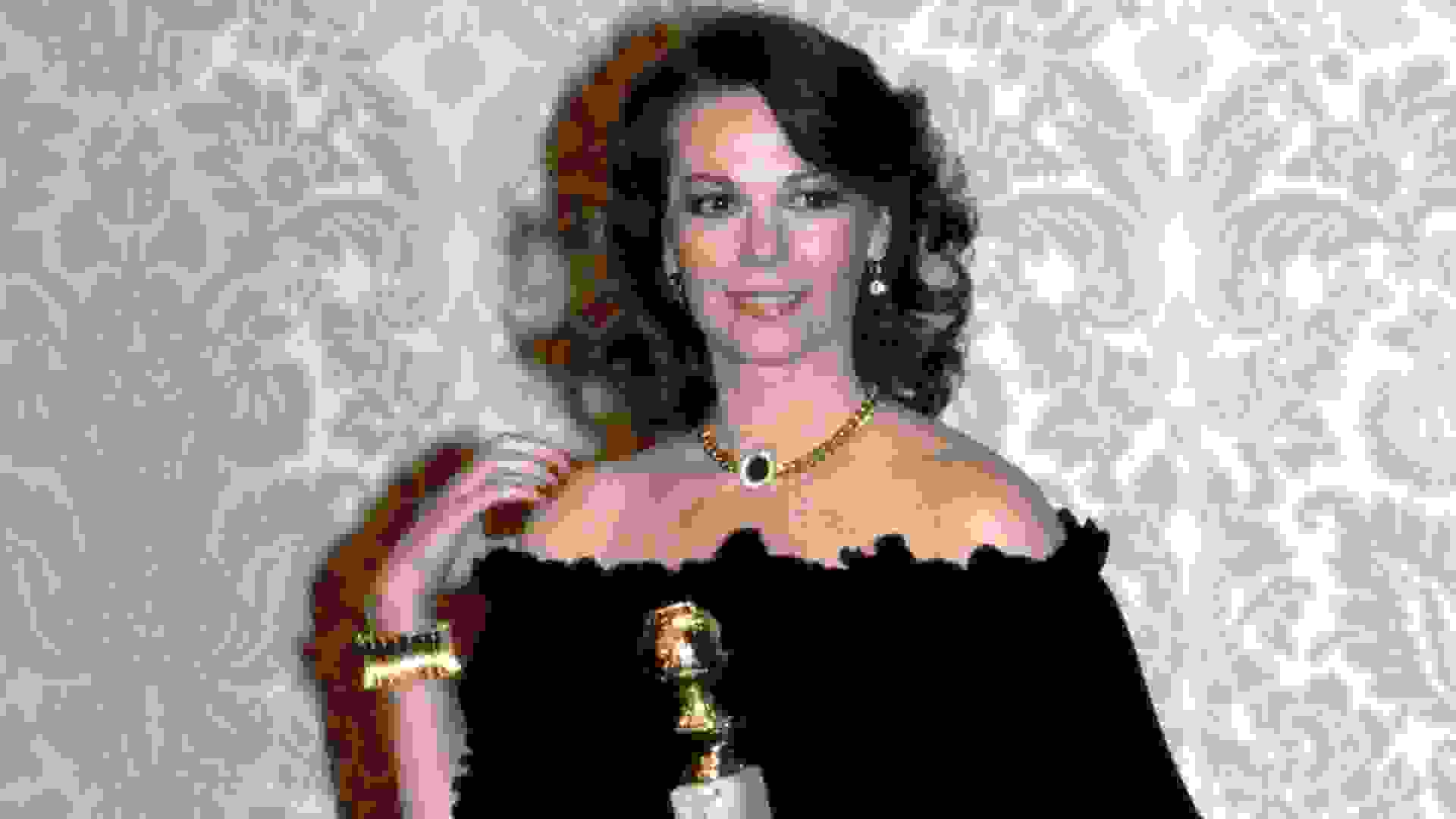 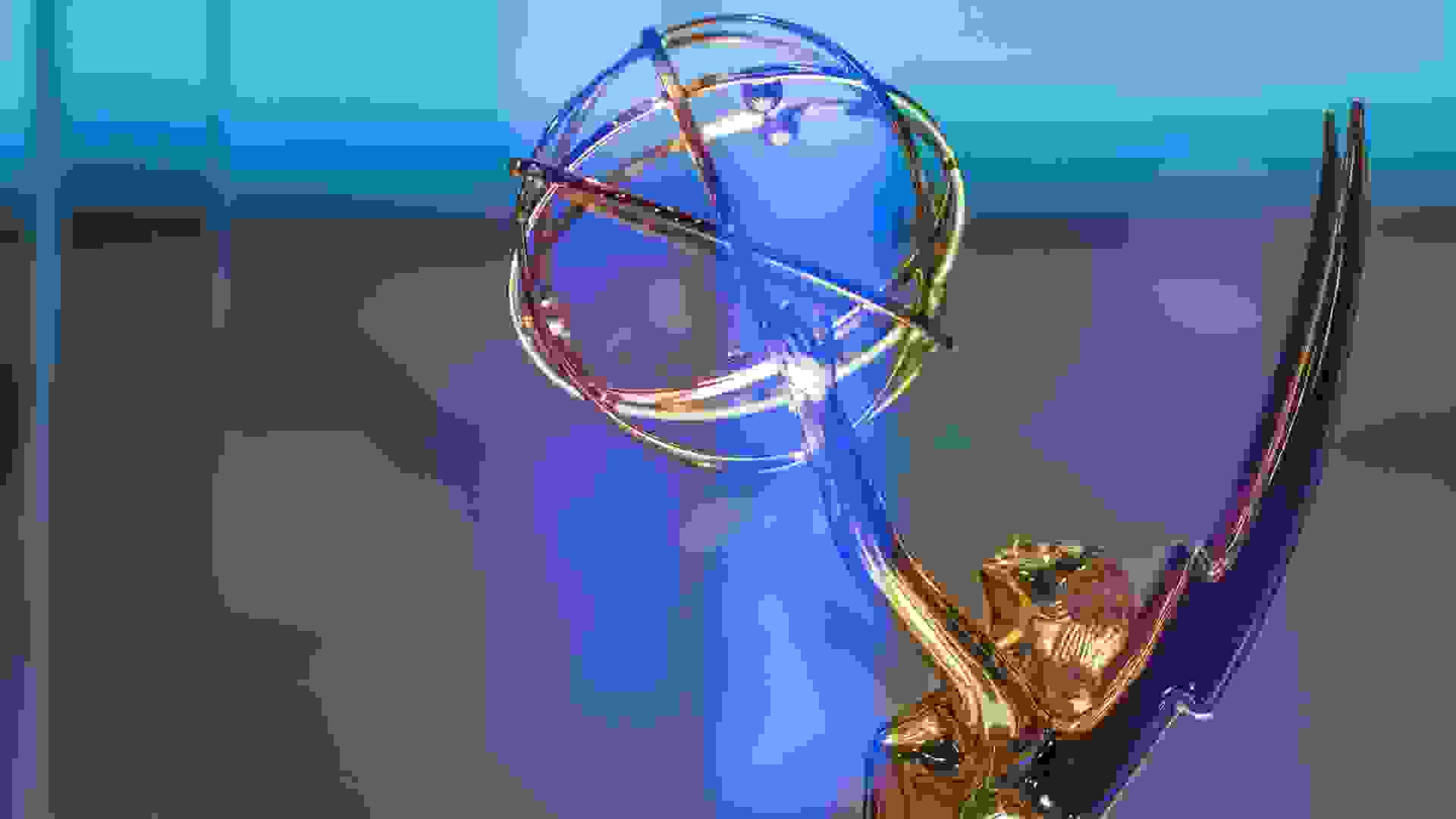 The Emmy Award statue — which pictures a woman with wings holding an atom — costs $400 to make, People reports. Each statue takes 5 1/2 hours to produce and is coated with copper, nickel, silver and gold. The Television Academy actually gets some of the money they spend to make the statues back: In certain categories where the winners include a large number of people, some have to pay a fee to keep the statue, according to People.

Major Money: Here’s How Much Jennifer Aniston and Other Actors Get Paid for Their Reruns 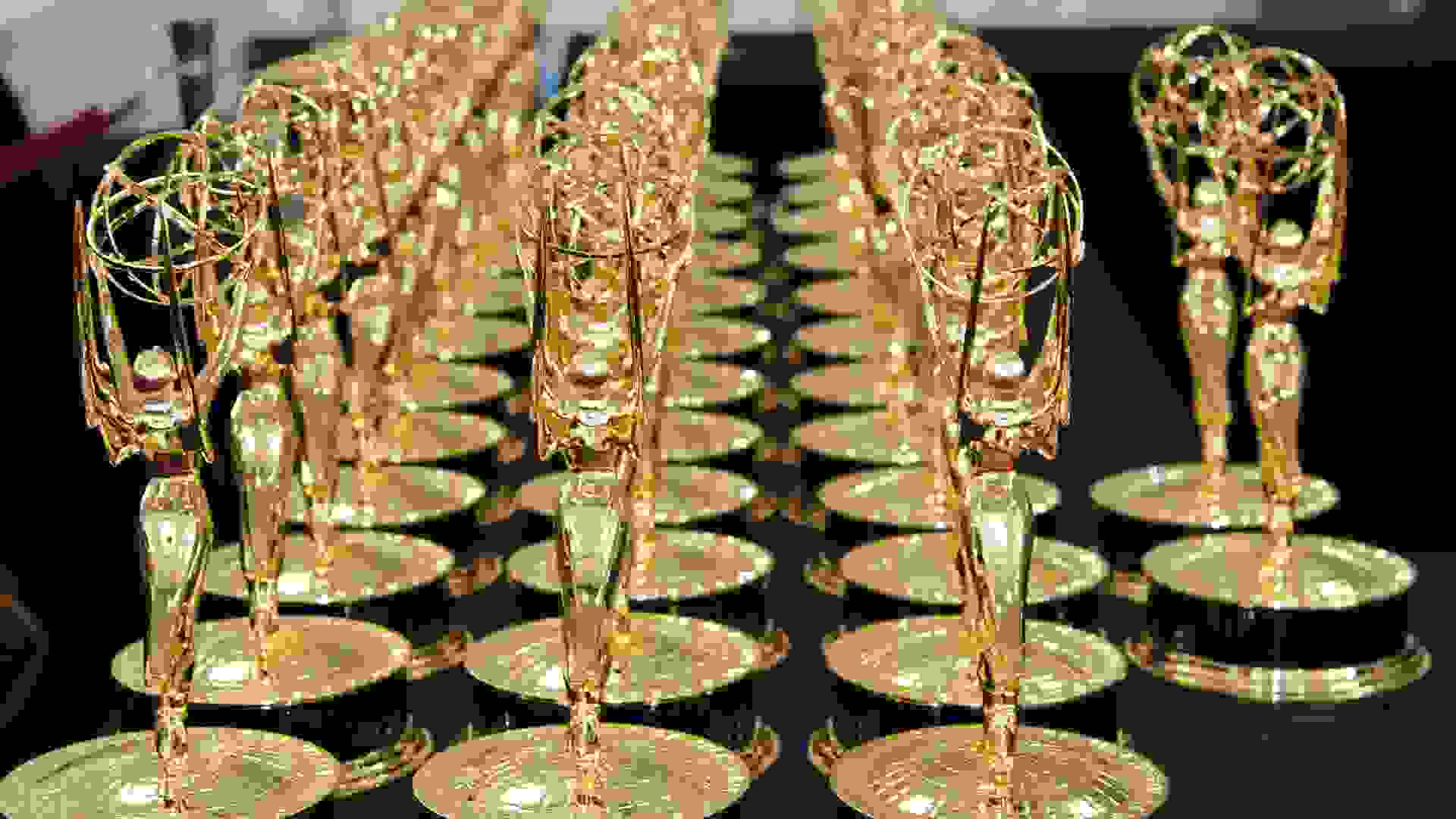 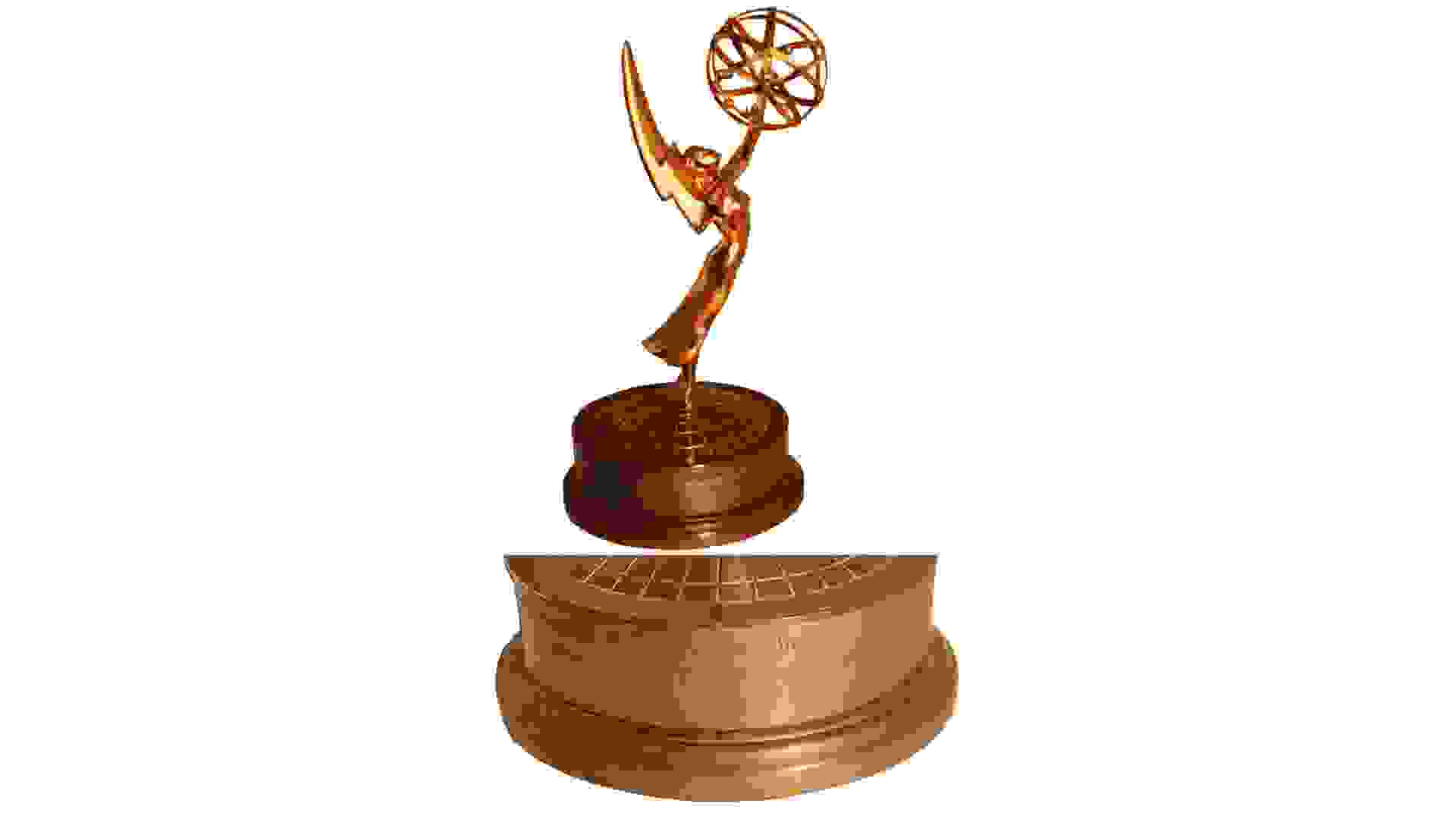 Even though the winner of the 1954 station achievement Emmy is not marked on the statuette, the rarity of the award itself enabled it to rack up $17,365 at an auction held by Nate D. Sanders in 2012. 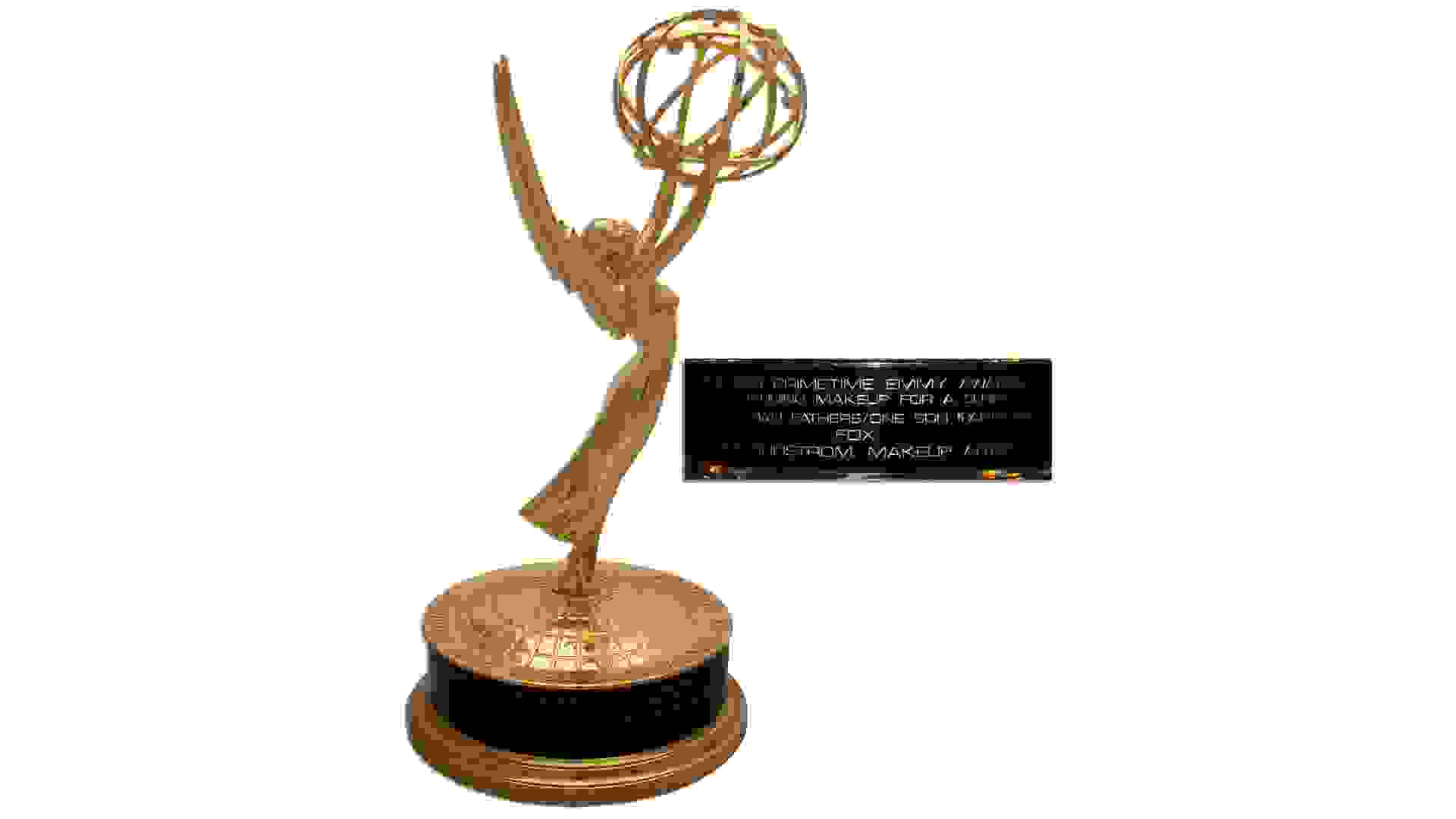 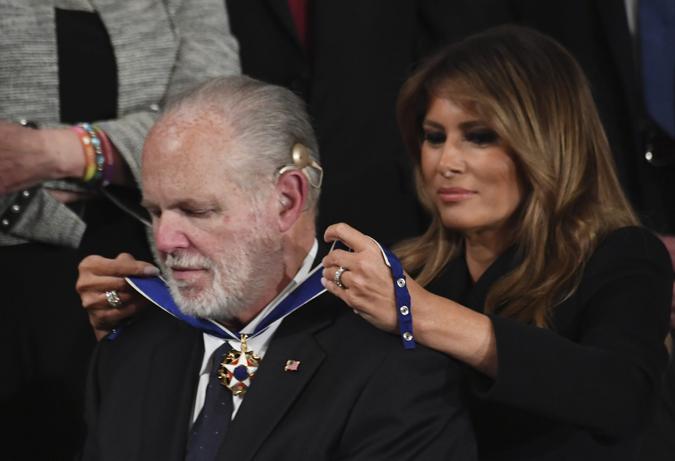 The controversial radio host was one of the highest paid.