How Much Is Kris Jenner Worth? 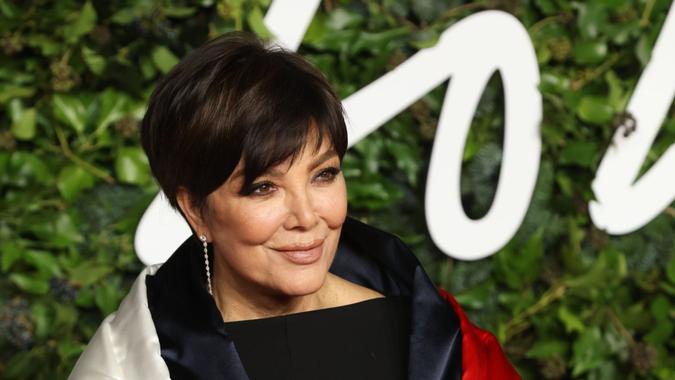 If you’re missing the drama of your favorite reality television family, you don’t have to wait much longer. A new Hulu-exclusive series, “The Kardashians” will be premiering on the streaming service today, April 14. In light of the promotion for the new show, it’s no secret that Kris Jenner is the world’s most successful “momager”– she even trademarked the term in 2015. She is prioritizing her own brand. E! News reported that she registered trademarks for “Kris Jenner Beauty,” “Kris Jenner Skin” and “Kris Jenner Skincare” in February 2021.

Keep reading to find out how much this iconic American TV personality and businesswoman is worth.

How Much Kris Jenner Is Worth

The mogul is known for taking 10% from each of her clients (a. k. a. children), whether it’s modeling, licensing deals or their respected individual beauty and fashion companies. The family likes to poke fun at Kris’ role as momager. Jenner’s youngest daughter, Kylie, even used a cartoon image of her mother sporting black oversized sunglasses with “10%” written across the lenses on her Kris Jenner collection with Kylie Cosmetics.

All those managing fees — not to mention profits from her own ventures — add up, making Jenner’s 2021 net worth an estimated $170 million, according to Celebrity Net Worth.

Poll: Where Have You Cut Back Most Because of Inflation?

A Bit About Kris

She was married to high-profile attorney Robert Kardashian from 1978 to 1991. Kardashian, who died in 2003, is the late father to Kourtney, Kim, Khloe and Rob.

Jenner married Olympic Games medalist Bruce (now Caitlyn) Jenner a month after divorcing Kardashian. The Jenners divorced in 2015 and have two children together — Kendall and Kylie.

The Start of the Jenner-Kardashian Empire

Kris Jenner was the executive producer of her family’s reality show “Keeping Up with the Kardashians,” a. k. a. KUWTK.

She earned about $100,000 per episode from the series, Forbes reported.

The calculating businesswoman doesn’t shy away from scandals and controversies; rather, she leverages them to catapult her family’s brand forward.

KUWTK began on October 14, 2007, following Kim’s tabloid sex-tape scandal with singer Ray J. Ryan Seacrest, executive producer at E! Cable Network, told Cosmopolitan in a 2015 interview that he was scouting a family to make a reality show inspired by MTV’s “The Osbournes.” A cameraman did a trial taping at a Sunday barbeque in Jenner’s backyard, and the rest is history.

There were a number of spin-off series before the show ended after fourteen years on the air. The show finished its 20th season on June 20 and was one of the longest-running reality shows in history, according to Newsweek.

Her Own Business Endeavors

When the momager-of-six isn’t busy plugging her children’s brands, she racks up a few of her own personal business endeavors.

She is a New York Times bestselling author and has written two books: “Kris Jenner… and All Things Kardashian” in 2011 and a cookbook titled, “In the Kitchen with Kris: A Kollection of Kardashian-Jenner Family Favorites” in 2014.

In addition, the star cashes in anywhere from $50,000 to 75,000 to speak at business and entrepreneurial conferences across the world, according to Speaking, a speaker representation bureau.

Jenner’s face has been pretty much everywhere since the start of her explosive reality show. In 2013 she had a six-week contract for “Kris,” her own daytime talk show that debuted across Fox channels.

She has been on the cover of countless magazines, including Bazaar, Haute Living, Dujour and WSJ and has been interviewed by the likes of Forbes, Vogue and Architectural Digest.

Jenner has graced the small screen in both commercials and other reality shows. Most recently, she appeared alongside boyfriend, Cory Gamble, at the Los Angeles premiere for “The Kardashians.” They were joined by her daughters, Kim and Khloe, and grandchild, True.

According to Business Insider, one of Jenner’s latest endeavors just made its way to the shelves of Bed, Bath and Beyond — Safely, a natural cleaning products collection, that Jenner launched with Good American co-founder Emma Grede in March.

She is currently on the board of King Kylie LLC, a joint venture created between Coty and Kylie Cosmetics when the global beauty company bought a majority stake (51%) in 2019. Kris still retains a 5% stake in the company, valuing at approximately $30 million according to Celebrity Net Worth. Kylie Cosmetics was back in the spotlight recently when the Jenner sisters, Kendall and Kylie, debuted a beauty collaboration for the brand with products that launched on Apr. 6.

Katherine Hoey is a 26-year-old freelance journalist currently living in Miami. The Long Island native graduated with a BA from The School of Journalism at Stony Brook University. She won the 2020 FOLIO award from the Fair Media Council for Best Use of Instagram.