How Much is Morgan Freeman Worth? 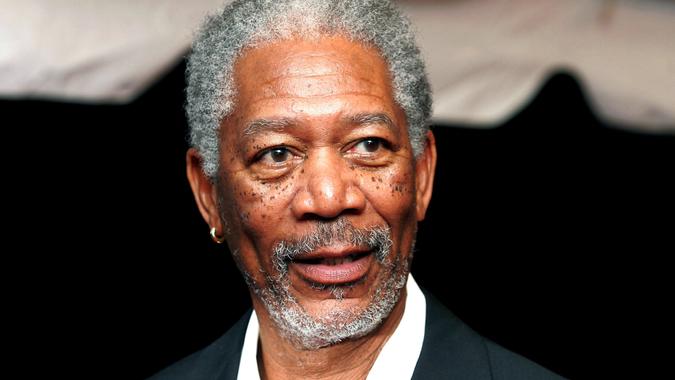 With more than 100 acting credits, including roles as Nelson Mandela and God, Morgan Freeman knows the meaning of hard work. Building his reputation on his low-pitched, iconic voice and critically acclaimed performances for over 40 years, his career has proven that hard work pays off. Morgan Freeman has a net worth of $250 million, according to Celebrity Net Worth, even after a $100 million divorce settlement.

Related: 35 Celebrities Who Got Rich and Famous Later in Life

Morgan Freeman’s net worth is the result of decades of hard work in and out of the entertainment industry. He earned his money through the salaries he’s received as an actor, producer and director. Freeman is also paid for his work as a spokesperson and a business owner. He’s part-owner of Ground Zero Blues Club.

After scoring the lead role in a school play, Morgan Freeman knew he wanted to act. Hollywood had to wait, though. Freeman served in the Air Force before moving to Los Angeles — and then to New York and back to California. His early work included appearances on the television shows “Another World” and “The Electric Company.”

Freeman’s first prominent film roles include “Street Smart,” Driving Miss Daisy” and “The Shawshank Redemption.” In the 2003 film “Bruce Almighty” he played God — a role perfectly suited for his distinctive voice. He then won his first Oscar for his performance in 2005’s “Million Dollar Baby.” Freeman continues to act and narrate, including as the host of National Geographic’s series “The Story of God.”

See: 25 Rich and Successful People Who Went To Community College

Morgan Freeman’s philanthropy includes support for the victims of hurricanes Katrina and Ivan. He also sponsored a weekly “Quarantine Series” of concerts featuring performers at Ground Zero Blues Club. The videos provided a performance outlet for the musicians and let them earn money through virtual tips when the club was closed during the COVID-19 quarantine.

In 1991, Morgan Freeman purchased land in Mississippi and built a sprawling hacienda-style house on the property where he now lives. In 2019, he converted the ranch into a bee sanctuary to help protect the declining bee population.