How Rich Is Meghan Markle as She Turns 40? 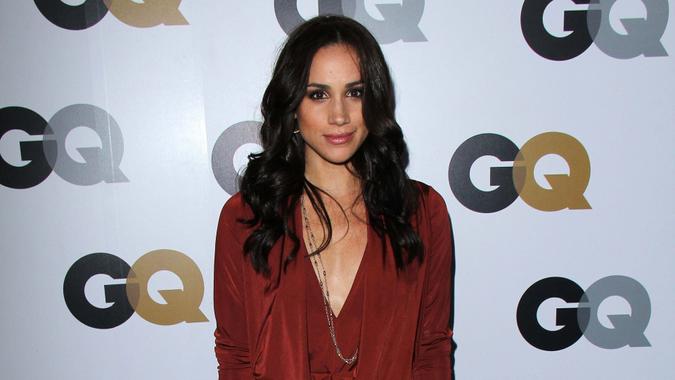 A lot has happened for Meghan Markle since her 30th birthday in 2011.

Find Out: How Rich Is the British Royal Family?
Read: Meghan Markle and More Americans Made Royal by Marriage

She starred in a pair of movies for the Hallmark Channel, appeared in 108 episodes of the television show “Suits” and was involved in a feud with her sister and father. And oh, along the way, she went on a blind date with a real-life Prince Charming, married him in a ceremony seen across the globe, gave birth to a son, decided to step down from her duties as a senior member of Britain’s royal family, moved to a California mansion and added a daughter to the family.

It’s been a busy decade for Markle indeed.

And without her acting income or the assets afforded to her as a member of the royal family, just how is Markle doing financially as she turns 40 on Aug. 4? Very well, indeed. Here’s a look at Meghan Markle’s finances today.

More: The Most Surprising Jobs Held by Royals

Meghan Markle is married to Prince Harry, the second-born son of Britain’s Prince Charles and the late Princess Diana. As such, he is sixth in line to the British throne. But when the Duke and Duchess of Sussex, as the couple is known, chose to leave England in early 2020 and settle in Markle’s native California, they left behind the money afforded to them through Harry’s royal lineage. Prior to their departure, 95% of their expenditures were paid for by Prince Charles’s Duchy of Cornwall portfolio and the other 5% was financed by the taxpayer-funded Sovereign Grant, according to their website.

In an interview with Oprah Winfrey that aired in March, Prince Harry said he and Markle were cut off financially and he relied on a $13 million trust Prince Harry inherited from the estate of Princess Diana. Harry received the bulk of the money after his 30th birthday in September 2014. That same month, Forbes reported Markle brought $2 million into the marriage.

While the exact net worth of Markle isn’t known, Celebrity Net Worth estimates that she and Prince Harry have a combined net worth of $60 million. They bought a $14 million home in Montecito, California, as well.

How They Got Here

“Our lives, both independent of each other and as a couple, have allowed us to understand the power of the human spirit: of courage, resilience and the need for connection,” the couple said in a statement. “Through our work with diverse communities and their environments, to shining a light on people and causes around the world, our focus will be on creating content that informs but also gives hope.”

In December 2020, Markle and Prince Harry expanded their media brand by announcing a partnership with Spotify. The couple plan to produce podcasts that both uplift and entertain.

While contract terms were not announced, the deal could be worth as much as $35 million, one industry expert told Newsweek.

Read More: These Are the 12 Richest Princesses in the World

In June, Markle’s first book, “The Bench,” was released, and it wound up as a New York Times bestseller. British media reported she could have received an advance of as much as $700,000 for the book, which is a story about fathers and sons.

Publisher Penguin Random House announced in July that it purchased the rights to Price Harry’s “literary memoir” and that it was tentatively scheduled for a late 2022 publication. The company did not confirm reports in the British press that the deal is for four books, one of which will be a “wellness guide” penned by Markle. The Daily Mail reported the book contract could be worth as much as $40 million.