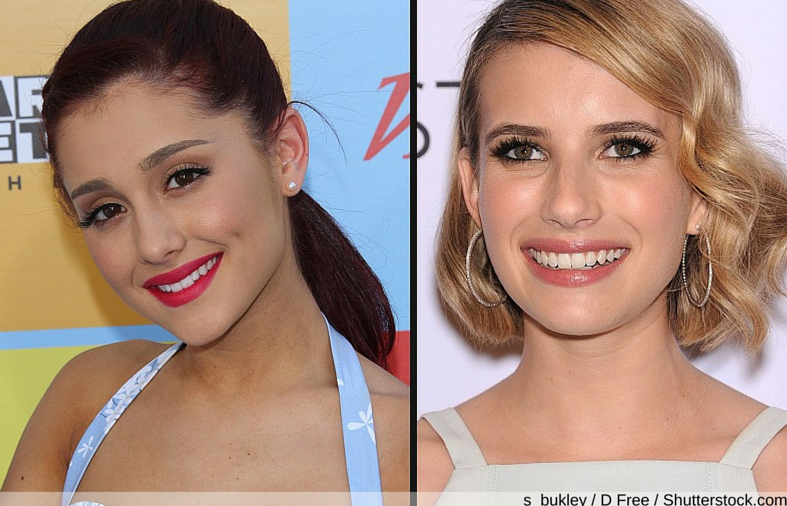 The highly anticipated “Scream Queens” — which Vanity Fair compares to a cross between “Glee” and “American Horror Story” — premieres Sept. 22 on Fox.

Jamie Lee Curtis, the ultimate scream queen of “Halloween” fame, leads a cast of young stars who play sorority girls on a mission to avert a bloodbath on their college campus. The genre-busting comedy-horror series is reminiscent of many classics — from “Jaws” to “Friday the 13th” — but the degree to which “Scream Queens” is hoping to push network boundaries is in a class all on its own.

Fox has staked much of its financial future on the show’s success, as the network’s broadcast advertising revenue had slipped 7 percent as of March. Here is a look at the “Scream Queens” cast, and an examination of how the show could affect their careers and each actor’s net worth.

It is rumored that Chanel Oberlin, the queen bee of the sorority, is based on real-life online sensation Rebecca Martinson, known on the internet as “Deranged Sorority Girl.” Emma Roberts told Variety that bringing Chanel to life is the hardest she’s ever worked — and she’s been working since she was a child. Back in 2007, People Magazine reported on a then 16-year-old Roberts earning $1 million for her role in “Wild Child.”

The niece of Hollywood legend Julia Roberts starred in Nickelodeon’s “Unfabulous,” and then broke on to the big screen when she was just 9 years old with a role alongside Johnny Depp in 2001’s “Blow.” Although she starred numerous in projects, such as the highly acclaimed FX series “American Horror Story,” a great deal of Emma Roberts’ $15 million net worth comes from her multiple endorsements, the biggest of which was as Neutrogena’s brand ambassador in 2009, according to Celebrity Net Worth.

A friend known for her loyalty, Chanel #2 is the quiet, timid one of the bunch. “Scream Queens” marks Ariana Grande’s first return to television since “Sam and Cat” ended in 2014. The multi-talented performer is also appearing on the big screen as the voice of Laura in “Underdogs.”

Like Emma Roberts, Ariana Grande began amassing her $16 million net worth when she was too young to drive. The “Problem” singer — then an unknown 16 year old — raked in $9,000 per episode for her supporting role in Nickelodeon’s “Victorious.” Grande appeared in 57 episodes between 2010 and 2013, and also earned extra money on the side for extras, such as for working on the show’s theme song. She also signed a contract to create five albums, the least of which earned her $50,000.

Related: Ariana Grande, Drake and Other Child Actors Who Went on to Make Millions in Music

As Chanel #5, Abigail Breslin takes on the role of a sorority underling who gets stuck doing the sorority’s dirty work. Abigail Breslin’s $12 million net worth can be traced back to her 13 years in the limelight. Venture Capital Post named her one of the five richest teens of 2014, and reported that she’d been working since 2002.

“Scream Queens” is not her first foray into the comedy-horror theme. One of the actress’ most successful movies was “Zombieland,” the king of the zombie spoof genre.

Curtis played babysitter Laurie Strode in “Halloween,” the iconic 1978 thriller that introduced the world to Michael Myers. But Jamie Lee Curtis’ $35 million net worth is spread much farther across the horror movie universe. She also starred in “Halloween II,” “The Fog,” “Prom Night,” “Terror Train” and “Halloween: Resurrection.”

Keke Palmer plays Zayday Williams, a sorority pledge who is at the mercy of the sisters in “Scream Queens.” Palmer’s $7.5 million net worth can be traced back to early roles, such as in “Barbershop 2.” She also once earned $20,000 an episode in Nickelodeon’s “True Jackson, VP.”

Lea Michele plays Hester, an unintentionally funny pledge with a neckbrace. Much of Lea Michele’s $10 million net worth comes from another project created by Ryan Murphy — “Glee.” Michele worked on the musical comedy-drama for seven years.

Related: Lea Michele, Jane Lynch and Other ‘Glee’ Stars Who Are Surprisingly Good with Money

From “Nip/Tuck” to “The New Normal,” writer, producer, director and all-around television success factory Ryan Murphy is no stranger to genre-jumping. It’s no surprise then that the creator, writer and director of “Scream Queens” chose to blend horror and comedy. Much of Ryan Murphy’s $20 million net worth, after all, can be traced to his two most acclaimed productions: “Glee” and “American Horror Story.”

From Adam DeVine's net worth to Rene Russo's, find out how much "The Intern" movie cast members are worth.