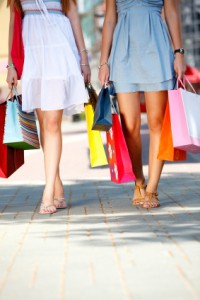 Paying off debt isn’t easy. Maybe that’s why people so often pull out all the stops when it comes to making excuses about why they just can’t get the job done. After all, it’s much easier to admit defeat than to honestly assess your spending and cut out some of the things you enjoy.

Maybe you think you aren’t spending a penny beyond the bare essentials, but consumer spending statistics from the Bureau of Labor Statistics say otherwise. Here are six non-essential things consumers shell out for — and why if you’re in debt, you need to cut them loose.

Everyone needs to eat, but when you do it at a restaurant, you often end up spending too much money. On average, Americans spend $2,505 per year on food outside the home, and it’s guaranteed that no matter where you like to go eat, you don’t get nearly as much food for your money as you would if you cooked it yourself. After all, you’re paying for the added value of convenience. Unfortunately, convenience is a luxury, which means you have to cut back if your budget is tight are you’re trying to get out of debt.

Although spending money on fun diversions has decreased since the recession ended in 2009, it’s still one of the highest spending categories. In fact, Americans spend about as much on entertainment as they do on health care, about $2,504 per person per year.

Paying off debt doesn’t have to mean staying at home and twiddling your thumbs every Friday night, but if you’re serious about being debt free, you’ll have to make some sacrifices and substitutions, such as renting movies at home or packing a picnic rather than heading out for dinner and drinks.

Plus, when you consider that pet toys were mentioned as having their own category in the study conducted by the Bureau of Labor Statistics (along with playground equipment and hobbies), making up 24 percent of total entertainment expenditures, it’s pretty clear that there’s some room for saving.

Apparel and services, such as dry cleaning and clothing and shoe repair, cost about $1,700 per person per year on average. While clothing isn’t by definition a frivolous expense, consider this: Both men and women hit the streets fully dressed, but it costs the latter nearly twice as much to do so.

You don’t have to trade in your business suit for a burlap sack, but much of what Americans spend on clothes is for the sake of vanity, not comfort. Learn to know the difference and you’ll be able to stretch that clothing budget a little further instead of wasting money.

Generosity is often considered the gift that keeps on giving, but if you’re spending the national average of $1,029 per year on gifts, these gifts might be taking away from your ability to be debt free. No one likes to the Scrooge who arrives empty-handed at Christmas, so rather than cutting gifts out of your budget, look for ways to give more without spending too much money. If you can put the money saved toward your debt, the effort will also be a gift to yourself!

Alcohol is a form of entertainment, but it can be an expensive hobby. On average, it’s one that costs American households $412 per year. If you frequently indulge, consider cutting back to avoid racking on too much debt. And if you throw a party, consider asking guests to bring their own alcohol.

If you smoke, you’ve probably already been bombarded with messages about how bad it is for your health, but it’s also a concern for your budget. The average household spends $362 per year on tobacco products. But when you consider that only about 20 percent of Americans are smokers, it’s clear that that’s a very skewed statistic. The reality is much worse.

In the past 10 years, 47 states and the District of Columbia have implemented 105 cigarette tax rate increases. That means smoking is getting more expensive than ever, and costs the typical smoker between $1,500 and $3,000 per year, depending on the state in which they live. That’s big money that can do a lot if you have too much debt. If you’re considering quitting and your health hasn’t been motivation enough, paying off debt is just as good a reason as any.

So are you really working hard to pay off that debt or are you letting a few unnecessary expenses creep into your budget? Too much debt is essentially making you say no to what you want today, in order to pay for things you enjoyed weeks, months and even years ago. That’s a hard reality.

But what’s harder is staying in debt and letting it consume your income, ruin your credit and keep you from accomplishing your financial goals. You don’t have to live like a miser, but if you are spending too much money on unnecessary items, work to cut out some spending and put the money toward your debt. 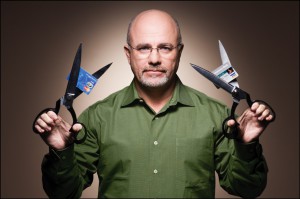 GOBankingRates > Net Worth > Debt > Are You Really Trying That Hard to Pay Off Debt?