Debt-Free Future: What To Do and Say When Debt Collectors Call 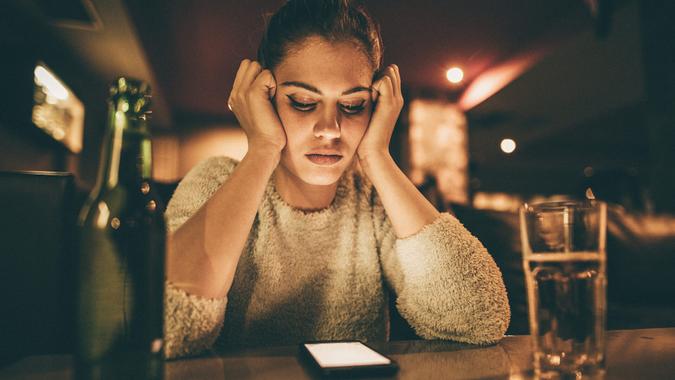 If you’ve had some trouble paying your debts and have gotten behind, sooner or later, you will likely receive a call from a debt collector. And while you may intend to pay the amounts you owe, blindly answering a debt collector’s call isn’t in your best interest.

Find Out: Unplug These Appliances That Hike Up Your Electricity Bill
Helpful: 6 Household Staples That Are a Waste of Money

You could find yourself agreeing to a payment plan or a lump-sum payment you can’t afford. Plus, what if the debt isn’t even yours? Here’s some advice from the experts on what you should do and say before, during and after a debt collector calls.

Before: Know Your Rights

It’s important to know your rights, including what debt collectors are legally allowed to say and do.

“Debt collectors are mandated by law to disclose the amount due, the name of the creditor and the right of the debtor to verify or dispute the debt,” said David Clark, lawyer and partner at the Clark Law Office. “The law does not allow them to harass, abuse and deceive debtors. They are not legally permitted to contact the debtor, personally or by phone, at work or some other unusual and inconvenient place.”

Poll: Do You Think Student Loan Debt Should Be Forgiven?

Before: Do Your Research

If you’re not on top of the debts you owe, Jake Hill, CEO of DebtHammer, recommends that you do some research before answering the phone.

“Take some time to find your debts (by pulling your credit report) and who owns them now, what your total liability is and what your options are before you answer,” Hill said.

Knowing who owns the debts and how much you owe can put you in a better position to negotiate with the debt collector.

Before: Make Sure the Call Is From a Legitimate Debt Collector

Once you’re clear on the details of any debts you owe, answer the call and verify that it isn’t a scam. Unfortunately, according to the Consumer Financial Protection Bureau, debt collection scams are real.

“Request a callback number and the name of the individual you’re speaking to, as well as the company they work for when answering the phone,” said Leslie H. Tayne, Esq., debt relief attorney and founder of Tayne Law Group. “Perform a web search on the company and the phone number to verify that the call you received was legitimate before calling them back.”

During: Say as Little as Possible

“Don’t admit that the debt in question is yours, which could restart the statute of limitations on the debt,” Tayne said. “The statute of limitations is the amount of time debt collectors have to sue you for debts. Ask for verification of the debt in writing, which should include the original creditor’s name and amount owed. Avoid discussing details such as paying the debt or how you plan to pay the debt. Remember, you’re on a recorded line and don’t want to divulge any information that could potentially be used against you when dealing with the delinquent account.”

Protect your interests by creating a record of each call you receive and what was discussed.

“Each time you speak to a debt collector, write down the date, time, number and the representative’s name so you have records you can reference,” Tayne said.

While not all debt collectors will pressure you to pay right now, some will.

“Don’t fall victim to manipulation or time constraints or allow them to bully you,” said Adem Selita, CEO and co-founder of The Debt Relief Company. “If you are trying to settle with a debt collector, understand that it is never so urgent that you need to set up a payment for today! This is the oldest trick in the book; don’t fall for it. Think it over, and get back to them at a later date.”

During: Don’t Be Afraid To Tell the Debt Collector Not To Call

Josh Richner of National Legal said that if a debt collector is calling you at a number that you don’t wish to receive calls on, you can inform the debt collector not to call you at the number again. “If it is a cell phone number, their calling again after this may put them in violation of the TCPA (Telephone Consumer Protection Act), a federal law that protects consumers from unwelcome phone calls,” he said. “If they call your workplace, stating that you cannot receive calls of this nature at your place of employment should have a similar effect, as future calls may violate the FDCPA (Fair Debt Collections Practices Act). This federal law protects consumers from unreasonable collection activity.”

After: Decide On Your Next Move

Whether the debt is yours or not, you have options, according to the CFPB. If the debt is old, and the debt collector is filing a lawsuit to collect the debt, find out the statute of limitations for debts in your state. If the debt is not yours, you can send a letter to the debt collector stating that the debt does not belong to you and you do not want to be contacted again. If the details of the debt are wrong or you’re not sure if it’s yours, you can send a dispute letter. And if you made a verbal agreement with the debt collector to settle your debt, temporarily delay your payment, recommended Tayne: “If you reach a mutual agreement verbally, you don’t want to separate yourself with a penny until you have the settlement offer in writing.”