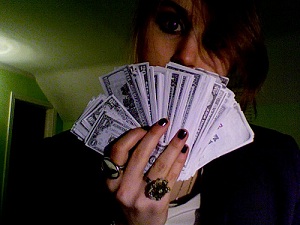 Every day, I hear another news story about the growing debt burden faced by U.S. citizens, particularly young adults. It’s easy to blame big banks for extending more credit than consumers can handle, or even the debtors themselves for attempting to live beyond their means. The unfortunate reality, however, is that the root of this growing debt problem is due to the poor example set by our own federal government.

I’ve long been a proponent of improving financial literacy among young adults, especially because this group of newly-independent people, often referred to as Generation Y, are not only my audience, but my peers. I know Gen Y is the key to turning our economy around, we just need strong, positive examples of financial responsibility to learn from and emulate.

That’s why it’s infuriating when our nation’s leaders undermine this reality by punishing responsible savers and rewarding those who take on more debt than they can afford.

While the U.S. unemployment rate hovers at just above 6 percent, the Bureau of Labor Statistics reports that the rate of unemployment among 16- to 24-year-olds is much higher — 22.1 percent. Not surprisingly, the average debt load held by those in their 20s is a staggering $23,000, according to The New York Times.

Here’s where things get a bit strange. Several years ago, the Journal of Social Science Research published the findings of a study that examined the relationship between a person’s debt load and perceived self worth. It was discovered that a high amount of debt held by young adults age 18 to 27 actually translates to greater self-esteem.

Dr. Rachel Dwyer, a sociologist at Ohio State University, commented as to why this might be the case. “Debt can be a good thing for young people — it can help them achieve goals that they couldn’t otherwise, like a college education,” Dwyer explained to PsychCentral.com.

In other words, young adults have come to view debt as the means to getting what they otherwise wouldn’t be able to afford — a positive thing.

However, the reality of carrying a heavy debt load eventually sets in. The study also found that those belonging to the oldest age range surveyed — ages 28 to 34 — began showing stress as a result of their debt.

So why aren’t young adults realizing the consequences of debt sooner?

Several years ago, the Fed announced the launch of QE3, a round of quantitative easing meant to lower unemployment and stimulate the economy, which included buying up $40 billion in mortgage debt every month for an indefinite period of time. The intention was to further drive down mortgage rates, spurring a renewed interest in home buying.

The problem? Many of the potential homeowners who would have gladly taken advantage of rock-bottom mortgage rates had so much debt that they either can’t afford to save up a down payment or can’t get approved for a loan.

Additionally, the federal funds target rate is set to remain between zero and 0.25% until mid-2015 at the earliest. This is the rate at which banks borrow from each other — and while financial institutions may set their own deposit rates at whatever percentage they wish, the Fed’s rate largely dictates what range those rates will ultimately fall within.

That means savings account rates, as well as interest rates on other types of deposit accounts such as CD and money market accounts, will remain at the depressingly low levels they are today until the target rate is raised.

The Fed’s message: Take on more debt that you can possibly afford, and we’ll pick up the slack. Responsible saver? Well, you’re on your own at this point.

Like many other rather touchy subjects — religion, arts, sex education — the question of whose duty it really is to teach young people personal finance is hotly debated. Parents are often looked to as the party ultimately responsible for passing on crucial life skills to their children, but parents are often lacking the necessary training and tools themselves. Others argue that children spend a good portion of their waking hours in class, so it’s up to schools to ensure students are learning basic personal finance concepts and the danger of taking on debt.

The truth is, the obligation falls into the hands of everyone who has the power to make a significant impact in the lives of Generation Y, Z and beyond. That includes the people who run our country. How can we expect America’s parents and teachers to encourage young adults to use debt responsibly when our leaders are sending them mixed messages?

I doubt most twenty-somethings would consider Janet Yellen to be one of their role models, but ahe and the rest of our government are some of the biggest influencers in Generation Y’s decisions and attitudes toward their own finances. If the Fed wants to see an economic recovery, they have to inspire one through Gen Y and start leading by example.

Photo: Once Upon a Scream 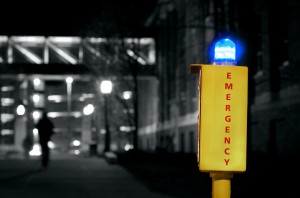 Why You Need to Start Treating Your Debt Like an Emergency