Can You Collect Social Security and Be Eligible for Food Stamps? 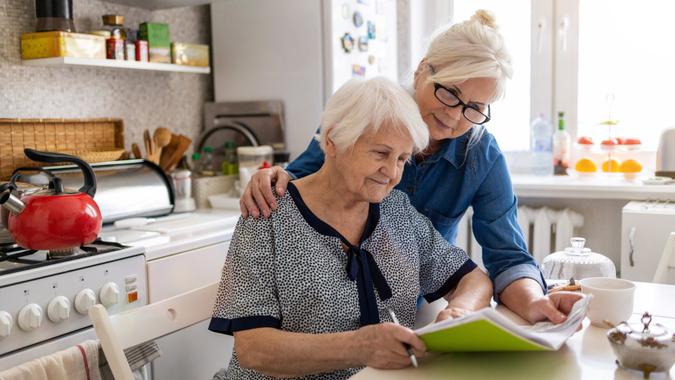 See: 8 Purchases Retirees Almost Always Regret
Find Out: 7 Things You Should Never Do When Planning for Retirement

The Supplemental Nutrition Assistance Program (SNAP) is the country’s largest anti-hunger initiative. Formerly known as food stamps, the program supports nearly 42 million beneficiaries who rely on SNAP to buy groceries and other food.

Despite much misinformation and an unfortunate number of eligible people who do not, the answer is yes — food stamps can go to seniors and others on Social Security.

Not only can older Americans receive SNAP benefits while they collect Social Security, but there are special rules for people age 60 and up that make it easier to qualify for food stamps. For example, a standard household can have up to $2,500 in countable resources — things like cash or money in the bank — and still qualify for SNAP.

If a household includes a disabled individual or a senior, however, the countable resource limit increases to $3,750.

The USDA uses income limits based on household size to determine SNAP eligibility. Most applicants must meet the limits on both gross income — which is a household’s total income before deductions — and net income, which is gross income minus deductions.

In determining SNAP eligibility, the USDA counts income from all sources, including earned income before payroll taxes and unearned income like child support, cash assistance and Social Security.

Therefore, you can collect Social Security and SNAP benefits simultaneously, provided the payment from the former doesn’t bump you over the income limits of the latter.

Supplemental Security Income (SSI) is a branch of Social Security that serves the most vulnerable individuals who are both disabled and part of a low-income household. To qualify, you must earn $1,350 per month or less — $2,260 for the blind.

Here, too, receiving SSI does not disqualify you — but your benefits count as income when applying for SNAP. You’re free to collect food stamps as long as your SSI distributions don’t put you over the USDA’s SNAP income limits.

The SSA’s site explicitly states, “If you receive SSI, you may be eligible to receive SNAP assistance to purchase food,” and that the SSA provides SNAP applications at local offices and can even help eligible households fill them out. Even so, the SSA states, “Many people who are potentially eligible for SSI benefits do not know how receiving SSI affects their benefits or payments from other government and state programs.”

SNAP is one of those programs.

According to a 2021 report from the National Council on Aging (NCOA), three out of five older adults who qualify for SNAP — about five million people — are missing out on their rightful benefits.

It’s unclear if some percentage of those five million people never apply for SNAP because they assume they aren’t eligible while they collect Social Security, but the statistics are striking. Less than half of those 60 and older either aren’t collecting SNAP benefits even though they’re eligible or are collecting less than they could be receiving.

The dual-eligibility myth isn’t the only piece of misinformation that keeps people from applying. According to NCOA, many people believe that older Americans can receive only $16 per month in food stamps, but that’s just the minimum for an eligible senior — the average benefit is more than $100.

Finally, only a small percentage of seniors utilize the medical expense deduction, which allows older adults who spend more than $35 per month on out-of-pocket medical expenses to deduct those costs from their gross income when applying for SNAP.

So, yes, you can collect Social Security and SNAP at the same time — and if you’re eligible, you absolutely should.