Social Security: State Updates and What To Know for May 2022 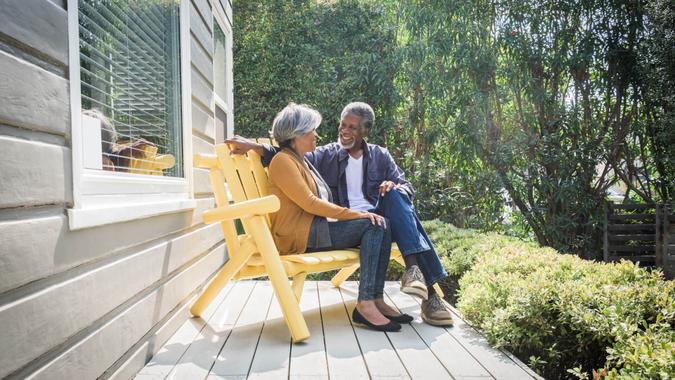 No matter where you live in the United States or if you move from one state to another, your Social Security benefits for retirement, disability, family or survivor do not change. Although many facets of the federal program are administered by the states — just like SNAP and Medicaid — eligibility requirements, payments and protocols for Social Security are uniform nationwide and don’t change from state to state, unlike those two programs.

While Social Security doesn’t vary from one state to the next, different states do manage the program a bit differently. Here’s what you need to know for the month of May.

Since May 1 fell on a Sunday this year, SSI benefits were paid on April 29.

Change Is Coming to Most States That Tax Benefits

Twelve states still levy a tax on Social Security benefits — on top of the tax that the federal government levies on recipients whose earnings exceed a predetermined income cap. Here’s the list:

While there aren’t any dramatic changes in store for residents of these states in May specifically, the tax code is always in flux and it’s important to stay up to date on how any recent or upcoming updates might affect you.

For example, Colorado recently changed its laws to increase the amount of federally taxed Social Security income that retirees can deduct. The maximum deduction had been $24,000, but as of 2022, it’s unlimited, which effectively eliminates Social Security taxes for people over the age of 65.

In April, the Minnesota Senate voted to end the state’s Social Security tax outright as part of a sweeping package of tax cuts. While the bill’s future is uncertain, the fluid situation is certainly one that Social Security recipients in Minnesota will want to monitor.

Those are just a few examples — major changes are in the works for several other states that tax Social Security income, whether or not those changes are implemented in May specifically.

The maximum SSI benefit changes every year. For 2022, it’s $841 for individuals and $1,261 for couples, but that’s the federal benefit only. The states supplement federal SSI payments with contributions of their own — at least most of them do.

If you live in Arizona, Mississippi, North Dakota or West Virginia, $841 and $1,261 are the best you can do. All 46 other states and the District of Columbia offer additional benefits to residents who qualify for SSI. In New York, for example, individuals who live alone can receive $928 and couples get a maximum of $1,365.

Check with your state Social Security administrator’s office to learn about your state’s contributions and the maximum benefits where you live.

For U.S. Territories, May Comes With a Letdown for Citizens

On April 21, the Supreme Court ruled that American citizens living in Puerto Rico and other U.S. territories can be denied SSI benefits. SSI provides extra Social Security benefits for the most vulnerable adults — those who are both destitute and blind or disabled.

In upholding the territorial exclusions of the so-called Insular Cases — race-based restrictions enacted more than a century ago during the era of colonialism, according to Bloomberg Law and NPR — the High Court ruled against a blind man who stopped receiving benefits when he moved from New York to Puerto Rico.

The ruling will have a major impact on American citizens living in not just Puerto Rico, but American Samoa, Guam and the U.S. Virgin Islands Islands. Puerto Rico alone will miss out on $2 billion in benefits per year, according to Bloomberg Law, and NPR reports that instead of receiving $841 per month — perhaps as early as May, had the court ruled the other way — blind and disabled low-income Americans in Puerto Rico will continue to receive 10 times less, just $84 per month.