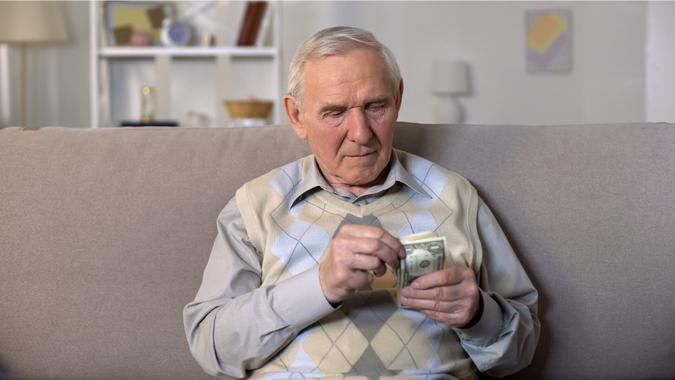 The Social Security cost-of-living adjustment, or COLA, is designed to ensure that benefits paid out to program beneficiaries keep up with inflation. In principle, it’s a great facet of the program. In reality, the COLA often falls short in terms of covering rising costs during inflationary periods.

Here’s a look at the interplay between inflation and the COLA for 2022 and 2023, along with some suggestions on how to combat inflation as a retiree.

On the Plus Side: Your COLA Rose Dramatically This Year

The COLA that became effective on Jan. 1, 2022, was the highest increase Americans had seen in 40 years. Social Security checks jumped by a whopping 5.9%, pushing the average amount paid to retirees to $1,657 from $1,565 in 2021. In this sense, rising inflation seems to be a good thing for seniors, as it pushes up the monthly income they receive in retirement. But things are not always as they seem.

On the Down Side: Your COLA Didn’t Keep Up With Inflation

Unfortunately, even the big 5.9% COLA increase in 2022 did little to protect retirees from rising inflation. With CPI readings breaking the 8% threshold throughout 2022, seniors still felt prices rising by more than 2% on a net basis even after their significant COLA boost.

For Next Year: Your COLA Will Rise Even More — But Likely Still Won’t Keep Up With Inflation

Experts are predicting more of the same for Social Security beneficiaries in 2023. Although the COLA is likely to hit record levels — some are predicting a COLA as high as over 10% — it’s likely that the bump will not make up for the pain caused by inflation in 2022. Even if inflation starts to moderate toward the end of 2022 and falls below the actual COLA effective Jan. 1, 2023, the net rise in prices over 2022 and 2023 is likely to be higher than the COLA retirees received in those years.

How To Help Manage Inflation as a Retiree

Social Security is an important component of retirees’ income in America. According to numerous studies and the U.S. Census Bureau, Social Security retirement benefits comprise at least 50% of total income for half of older adults, and 90% of total income for about 1 in 4 older adults. Thus, it’s essential that retirees maximize that income, particularly in an inflationary environment. Here are some steps you can take as a retiree to help counter the effects of inflation.

If you haven’t yet retired, you can significantly boost the amount of your monthly paychecks by waiting to claim your Social Security benefits. For those born in 1943 or later, full retirement age is 67, as defined by the Social Security Administration. But if you wait until age 68 to claim your benefits, the amount paid to you will increase by 8%. If you wait until 69, they’ll increase by another 8%, and so on until you reach age 70. If you can wait those three years to file, your benefits will increase by 24% for the rest of your life.

It may be tempting to keep most or all of your retirement nest egg in a savings account, but you’re likely doing yourself a disservice. With inflation topping 8%, even the best online savings accounts will provide you with a negative yield topping 6%, meaning the purchasing power of your money is rapidly draining away. As most retirements last 20 years or more, you can afford to put at least some of your nest egg into the stock market to provide you with some growth to counteract the effects of inflation. Just be sure to talk with your financial advisor about your risk/reward profile.

Earn Outside Income — But Watch Out for Social Security Taxation

Sometimes, the only way to keep up with inflation is to bring in extra money. For retirees, this can be easier said than done, as they have given up their primary source of income in exchange for living off retirement funds and Social Security. But even as a retiree, you can generate extra income by working a side gig for just a few hours per week. If you can pull in $400 per month, for example, that’s almost $5,000 per year. That may be enough to offset the rising prices of everything from gasoline to groceries.

Rein In Your Expenses

No one wants to trim their spending, particularly retirees. However, if you’re living on a fixed income in an inflationary environment, you essentially have two choices — reduce your consumption to maintain your retirement reserves or draw from your nest egg to maintain your standard of living. The latter is a risky strategy, as you’ll be trading your future standard of living to maintain your current one. The safer option is to reduce your spending now and ride out the bump in the inflation rate, hoping that it ends up being temporary.