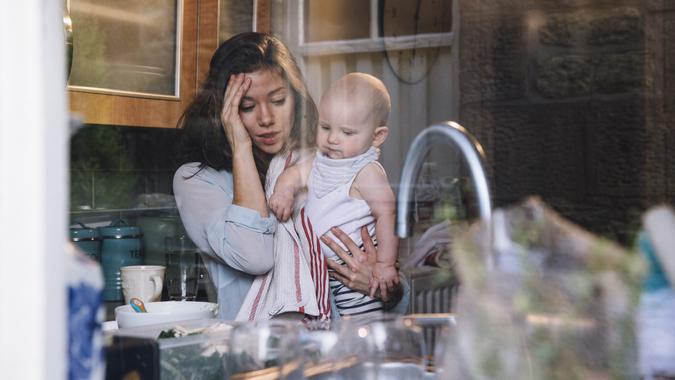 Food insecurity in America is a very real problem for many families, particularly due to the pandemic and rising rates of inflation. On September 8, the USDA released findings of their annual Economic Research Service survey that analyzed hunger across the U.S. in 2021.

Learn: What Is the Highest Income for Food Stamps in 2022?
Find: This Credit Score Mistake Could Be Costing Millions of Americans

The survey polled 30,343 households, representing a cross-section of diverse families in the U.S. They found that 10.2% of American households (around 13.5 million) are food insecure, or “had difficulty at some time during the year providing enough food for all their members because of a lack of resources.”

The latest numbers are comparable to the level of food insecurity the past two years, measured at 10.5% in 2020 and 2019, affecting 13.8 million and 13.7 million homes, respectively.

One bit of good news is that child hunger has been easing slightly year-over-year, as it’s noted in the USDA report that 6.2% of American households with kids (or 2.3 million) were seen as food insecure, down from 7.6% in 2020 and slightly down from the 6.5% figure in 2019. The data shows that food insecurity overall decreased for homes with children under 18 and children under 6, as well as homes with single mothers raising kids.

There are 0.7% of American families with children (about 274,000) that have very low food security and noted that their young ones often had to skip meals or didn’t eat for a full day due to an inadequate supply of food and lack of money to buy groceries.

Another finding from the USDA survey showed that, in 2021, the rate of food insecurity rose for homes with no children, in particular impacting women that live alone. There was also the same increase for elderly individuals living alone. However, food insecurity decreased for low-income households and Americans living in the South.

The decreases could be due partially to the fact that Americans are finding support in a few different government assistance programs, with several aimed at child hunger. The report noted that roughly 56% of food-insecure households said they took part in SNAP; the Special Supplemental Nutrition Program for Women, Infants, and Children (WIC); or the National School Lunch Program.

As the latest Consumer Price Index released in August indicated, the food index has increased by 10.9% year-over-year. That’s the highest spike over 12 months since 1979, with food prices continuing to go up, which has only added to the rates of hunger across the country.

The national nonprofit Feeding America, which aims to stop hunger in the U.S. with a network of 200-plus food banks, shared that September is Hunger Action Month and Sept. 23 is Hunger Action Day, encouraging people to join the fight through advocacy, donations and activities. Food companies are joining in — Tyson Foods announced they will commit $2.5 million to Feeding America in the month of September, as well as donate protein to 10 million meals.