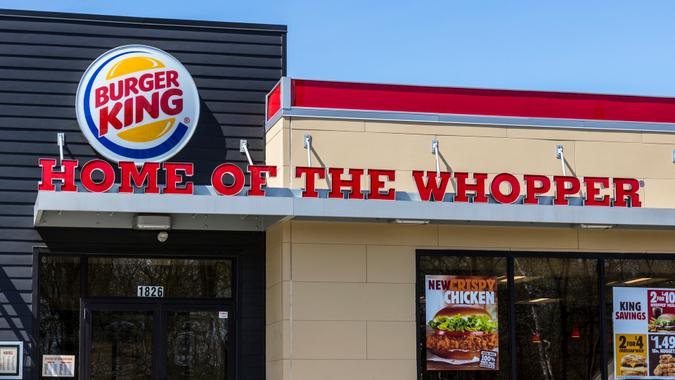 You may be noticing price increases on the menus of your favorite restaurants and fast food chains as a result of inflation. Burger King’s legendary Whopper has become the next casualty as the chain’s parent company Restaurant Brands International Inc. removed the burger from its value menu, Reuters reported.

See: Gaming, Fast Food and 19 Other Pleasures That Are Hurting Your Bank Account
Find: The Most Expensive Fast Food Items Only Cost This Much

Previously, the Whopper had been a long-standing item on the chain’s two for $5 menu.

RBI CEO Jose Cil told Reuters that the quarter-pound burger had “been on this core discount platform for too long.”

Restaurant Brands International stock opened low, today, and continued to drop mid-morning, losing nearly 1% at 10 AM EST. However, due to better-than-expected same-store sales growth at U.S. Burger King restaurants and Canada’s Tim Hortons coffee houses, the stock continues to hover near its 6-month high of $59.55 and has a market capitalization of $18.56 billion. RBI reported total revenue of $1.55 billion at its most recent earnings meeting, exceeding the $1.52 billion predicted.

Removing the Whopper from the value menu is just the first step to maintaining profitability for Burger King. The company also reported it would increase the prices on other popular items and drop some less popular offerings from their menu entirely. These items include sundaes, whipped toppings and chocolate milk.