Will Food Stamps Increase Because of Inflation? 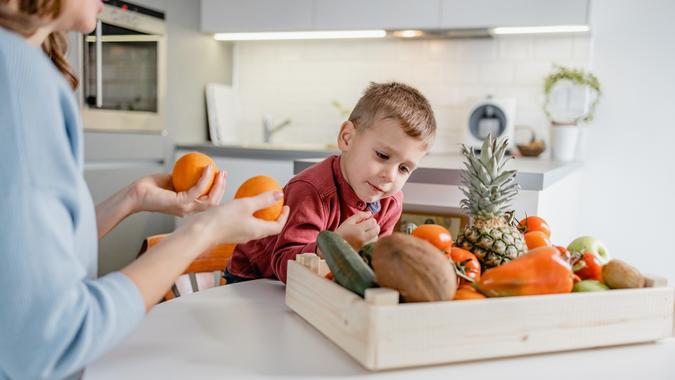 Even in a year when prices for just about everything are skyrocketing, the surging price of food stands out. In June, the federal government’s food-at-home index — meaning food you buy at a grocery or supermarket — soared 12.2% from the previous year, according to the latest Consumer Price Index numbers.

See: Inflation is Sending Food Costs Sky High — Here’s How To Save
Find: Looking To Diversify In A Bear Market? Consider These 5 Alternative Investments

That was the biggest increase in 43 years and even outpaced the overall inflation rate of 9.1%, Supermarket News reported.

This year’s spike in food prices makes a challenging environment even more challenging for Americans who receive Supplemental Nutrition Assistance Program benefits, formerly known as food stamps. Although SNAP benefits are adjusted each year for inflation, the current fiscal year cost-of-living adjustment is based on 2021 prices — which were much lower than they are now.

SNAP is administered by the U.S. Department of Agriculture to help low-income Americans purchase food. According to the USDA website, the agency adjusts SNAP maximum allotments, deductions and income eligibility standards at the beginning of each fiscal year, which runs from October 1 through July 1. The changes are based on changes in the cost of living, or the amount of money needed to support a basic standard of living.

The USDA’s Thrifty Food Plan calculates the cost of a market basket for a family of four. TFP is an estimate by the USDA of how much it costs to provide nutritious, low-cost meals for a household. Maximum allotments are calculated from this cost every June. That means the COLA for fiscal year 2023 will be based on June 2022 prices.

Income eligibility standards are set by law, with gross monthly income limits set at 130% of the poverty level for the household size. For the USDA’s purposes, “gross income” means a household’s total, non-excluded income before any deductions have been made. Net monthly income limits are set at 100% of poverty. Net income means gross income minus allowable deductions.

From 2013 to 2019, total yearly SNAP benefit payments declined at an average rate of 6.5% a year, according to USA Facts.org. Benefits rose 32% from 2019 to 2020, partly because of increases tied to COVID-19 assistance. Inflation has moved payments higher the last two fiscal years, but even the higher payments could not keep pace with rising consumer prices.

Based on those figures, the maximum for a household of four is about 6.8% higher in fiscal 2022 than it was in fiscal 2021 — which is not nearly enough to keep pace with the current food inflation rate.

SNAP Benefits: Can You Use EBT Card/Food Stamps To Purchase Hot Food?
Explore: Surprising Things You Can Buy With Food Stamps