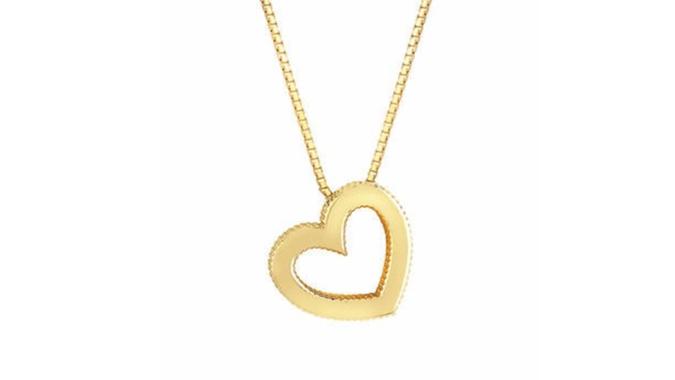 Love is in the air and so is mega spending. Americans are anticipated to spend $23.9 billion on Valentine’s Day gifts this year, according to the National Retail Federation. That’s up from last year’s spending of $21.8 billion.

See: 5 Bulk Food Items You Need To Be Buying at Costco This Winter
Be Aware: 21 Items That Are Always Cheaper at Costco

Candy, greeting cards, flowers and date nights will see the most consumer interest, as will jewelry. Nearly a quarter (22%) of Valentine’s Day shoppers buy jewelry to gift their special someone, with the NRF predicting that total spending on jewelry will land at $6.2 billion, up from the $4.1 billion in 2021, and the highest since the NRF began its Valentine’s Day spending survey.

Jewelry isn’t exactly known for its rock bottom price tags, but if you head to Costco, you can find some dazzling deals on various twinkling accessories that will make any gem lover swoon. Retail experts gave GOBankingRates the lowdown on the best jewelry buys at Costco right now. They also highlighted notable savings on other Costco goods that make great gifts for Valentine’s Day.

“The freshwater cultured 5-7.5mm pearl bracelet with 14kt white gold [sells] for $149.99,” said Julie Ramhold, consumer analyst with DealNews.com. “Similar bracelets elsewhere may cost less, but they’re also not going to be authentic gold and pearls; in fact, one I found was made with gold-colored zinc and is only about $20 cheaper.”

The bracelet is pink and white, which makes it perfect for Valentine’s Day, plus the price tag is reasonable as far as when it comes to pearls.

“Like other Costco offers, this is the regular price on the bracelet, so you have some time to consider the purchase if you aren’t sure if your recipient will like it,” Ramhold said.

“This 14kt Yellow Gold Heart Necklace is just $179.99 at Costco and makes a perfect gift for your daughter, mother or sweetheart,” said budgeting expert Andrea Woroch. “When comparing a similar style at Kay Jewelers priced at $400, you’re saving around $220 by shopping at Costco for this gift.”

So long gold watches and hello smart gadgetry. At Costco, the Apple Watch Series 7 starts at $389.99. It ain’t cheap, but it’s a bit less than it goes for at other stores.

Pro-tip: “If you can trade in an Apple Watch Series 6, you may be able to receive a Costco Shop Card worth up to $200, which makes the deal even better,” Ramhold said.

As with the pearl bracelet, this isn’t a sale price, it’s the normal price for the Apple Watch Series 7, so no need to feel rushed to take action.

Find Out More: 7 Simple Habits That Will Make You Richer in 2022

At Costco, the AM0238SA Brown Pink Sunglasses by Alexander McQueen retail for $106.99 — not too bad for coveted designer goods! The catch is, of course, you need to be a member to access this special price.

“If your gift recipient loves designer goods, you’ll save $50 or more on this pair by shopping at Costco over anywhere else,” Ramhold said. “These are stylish and offer 100% UV protection, plus there’s a chance your local warehouse could have them for an even lower price if you decide to shop in-person versus online.”

“These designer sunglasses will cost you at least $20 more if you shop elsewhere, and depending on what retailer, you could end up paying far more,” Ramhold said. “These are a great option for those who prefer men’s styles, and may be cheaper if you opt to shop in-person versus online.”

Retailing for $24.99, this is a striking deal in the opinion of Ramhold — but note that it only runs through Feb. 27 or while supplies last.

“Women always complain about how their pockets don’t hold much and this bag is a small solution that allows you to carry the essentials without having to worry about toting around a huge handbag,” Ramhold said. “It’s available in three colors and made with high quality vegan leather, as well. Prices on similar pieces by this brand will go for $50 or more on reputable sites, so this is a really excellent deal whether you’re familiar with Mali + Lili or not.”

“People don’t often think about ordering flowers when they think about Costco, but you can save a lot on a variety of bouquets including roses for Valentine’s Day,” Woroch said. “You can get a bouquet of 50 hot & light pink roses from Costco for just $60. Ordering online via sites like 1-800 flowers or local florists will cost you much more at nearly $290! Though the 1-800 flowers arrangement includes a vase and Costco’s order doesn’t — you can buy your own vase for a fraction of the price difference. Buy the vase from the dollar store.”

More: The 37 Mistakes We Make When Shopping at Costco, Amazon, Target and Walmart

“[At Costco] you can even save on photo prints and photo gifts such as personalized photo books, calendars, mugs and more which make perfect gifts for mom and dad, grandparents and other loved ones on Valentine’s Day,” Woroch said. “For example, you can customize a 15-oz mug with a collage of photos via Costco for just $8.99. At a photo site like Snapfish, you’re looking at shelling out $15.99 to $17.99.”