Most Americans Spend More on Their Pets Than Themselves Each Year 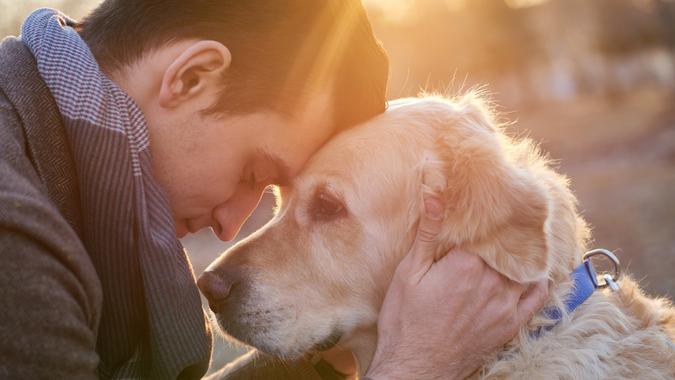 The next time your pet dog or cat shoots you a grumpy look for being late with dinner, remind them that they are wallowing in first-world problems — then remind them that you probably spend more on them every year than you do on yourself.

See: How Much Does It Cost To Adopt a Shelter Pet?
Find: Is Pet Insurance Worth It?

That’s the case with more than half of the pet owners in the United States, according to a new survey conducted by OnePoll in partnership with MetLife for Pet Wellness Month. The survey of 2,000 dog and cat owners found that 52% of respondents said they spend more money on their pets than they do on themselves each year, the SWNS Digital website reported.

About 40% of respondents said that having a pet is just as expensive as raising a child. About six in 10 said having a pet is more expensive than they initially thought. An equal percentage said they specifically allocate about $200 from each paycheck just for pet necessities.

Food ranked first among the most purchased and expensive pet items, followed by toys, flea/tick treatments and medicine. Other costly items include bedding/blankets and training pads. About one-third of pet owners said they usually go over budget by at least $500 whenever they take their dog or cat to the veterinarian. More than half said they worry about their pet’s health more than their own.

“For many pet parents, their animals are more than just ‘furry friends’ — they are part of the family,” said Katie Blakeley, vice president and head of pet insurance at MetLife. “However, with all the joys of having a pet also comes financial stress, as many pet parents are willing to take on almost any cost to ensure that their pets are happy and healthy.”

MetLife offers pet insurance to help cover various costs, but most pet owners don’t have it. More than half  (58%) of the survey respondents haven’t signed up for pet insurance, partly because they are confused by the process.

See: How Pet Parents Can Financially Prepare For a Return to Office
Find: These Animals Bring in Billions of Dollars Each Year

While caring for a pet is expensive, getting one can be costly as well. As GOBankingRates recently reported, purchasing a pet from a breeder or a pet store will likely cost you more than $1,000. It’s much cheaper to adopt a pet (and also good for the millions of the pets that end up in shelters every year).

Adoption costs vary depending on where you live and whether you’re interested in adopting a cat or a dog, ranging from as low as $20 for a cat or dog in Minnesota to $325 for a young puppy in western Pennsylvania. The average national runs around $100 for dogs and $50 for cats.