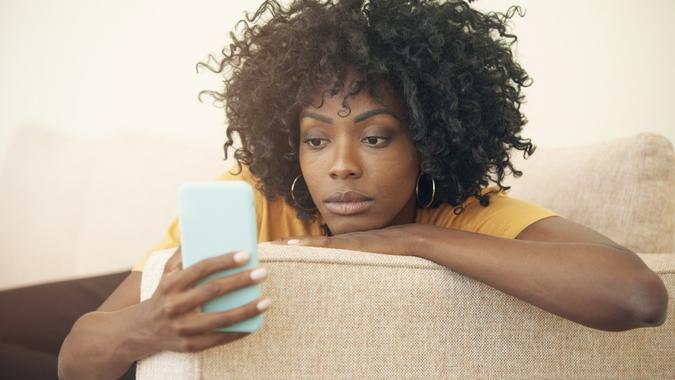 Traditionally, married people tend to be better off financially than those who are single — and thanks to inflation, this is now more true than ever.

Find Out: Will Student Loan Forgiveness Include Parent Plus Loans?
Important: This Credit Score Mistake Could Be Costing Millions of Americans

The wealth gap between the two types of households had been steadily increasing even before inflation skyrocketed. In 2010, the median net worth of married couples 25 to 34 years old was four times as much as the median net worth of single households; as of 2019, married couples were worth nine times as much, The Wall Street Journal reported. Inflation is now making it even harder for single-person households to get by, as they must navigate rising house prices and other expenses on just one income.

Although it’s not easy for a household with one income to accrue wealth in the same way that a household with two incomes can, there are some actions single people can take to close this wealth gap.

Cut Down on Discretionary Spending

The less money you spend on discretionary expenses, the more money you can put toward building wealth. Andre Jean-Pierre, managing director and financial advisor at Aces Advisors, recommends reducing spending on takeout.

“Delete all food delivery apps off of your phone,” he said. “Many of my millennial clients are ordering takeout seven to 10 times a week at an average of $30 a meal. This can easily top $1,000 a month.”

He also recommends making savvy shopping choices rather than splurging on designer clothes and accessories.

“Single clients, in my experience, are more likely to splurge on luxury items,” he said, noting there is a better way to spend this money. “The stress clients take off their shoulders by paying down debt and having an emergency fund goes a lot further to improving their quality of life.”

A home can be an invaluable asset, but it’s often difficult to afford on a single income. However, it’s not impossible to save for a future home if you focus on saving as much as you can on housing in the short term, as this is often the biggest living expense.

“Delay moving out of your parents’ [home or] get a roommate or two,” Jean-Pierre said. “Living alone can be very expensive in most American major cities. Splitting housing costs can make the budget much more flexible for any single person.”

Buy a Home as Soon as You Are Financially Able To

Once you’ve saved enough to buy a home, you should make buying one a priority, said Jay Jung, founder and managing partner at Embarc Advisors.

“This builds wealth (equity) instead of paying rent, which is an expense,” he said. “In many markets, home prices have a strong price appreciation tailwind. Additionally, homeowners benefit from a levered investment. While mortgages allow for 75-80% debt, this means that even a 20% increase in price over a few years can double your equity. Furthermore, when it comes time to sell — and possibly upgrade your domicile — many states allow for a tax exemption of up to a portion of the capital gain on the sale of a primary residence. Homeownership is a nexus to wealth accumulation.”

A financial advisor can help you develop a financial plan and stick to it.

“When people are in a marriage, they have a built-in accountability partner when it comes to finances,” Jean-Pierre said. “Although no one is holding you accountable, working with a professional can be worth its weight in gold for single people looking to grow.”